Previous
Online Exhibitions   »   Will H. Bradley, an American Artist: Selections from the Gordon A. Pfeiffer Collection   »   Late Career and Legacy

Throughout the late 1910s and 1920s, Will Bradley was primarily employed by the Hearst Corporation to contribute typographic design work to William Randolph Hearst’s many publications. Bradley also briefly served as an art director for Hearst’s motion pictures and, in 1921, produced his own short artistic film, “Moongold: A Pierrot Pantomime.”  Despite never having achieved major success in the area of fiction writing, he continued to produce new works. “Spoils: A Play of Primitive Passions” was published in Hearst’s International in December 1923, with illustrations by Robert L. Lambdin. One of Bradley’s last high-profile acts was to design the announcement and give the address for the American Institute of Graphic Arts’ “50 Books of the Year” exhibition in 1931. 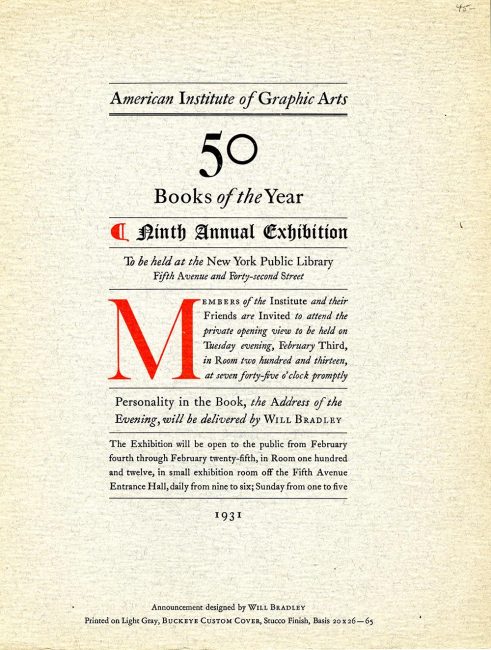 Despite many years of retirement, Bradley’s profile began to rise again in the late 1940s and early 1950s. In July of 1948, he was honored by the Typophiles, a New York-based group that supports the production of fine typography and bookmaking. In December of that year he designed the Christmas card for Grant Dahlstrom of Castle Press. In his “Foreward” for the Rounce & Coffin Club’s “Western Books 1950” exhibition brochure, Bradley describes his career with a baseball metaphor:

After fifty years in the game, playing all the positions from bat-boy to pitcher, with an average record of home runs and strikeouts, followed by twenty years of looking on from the bleachers, and being only human, I was thrilled when invited onto the field and given an opportunity to again mingle with the players.

A major Bradley exhibition at the Huntington Library in California in 1951 stirred even greater interest in his body of work. 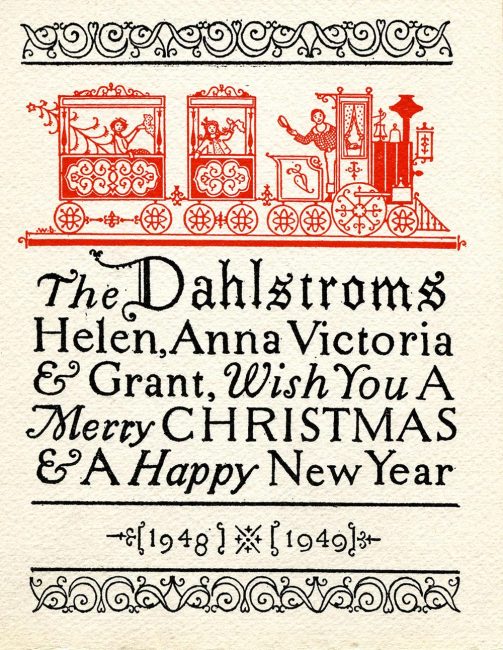 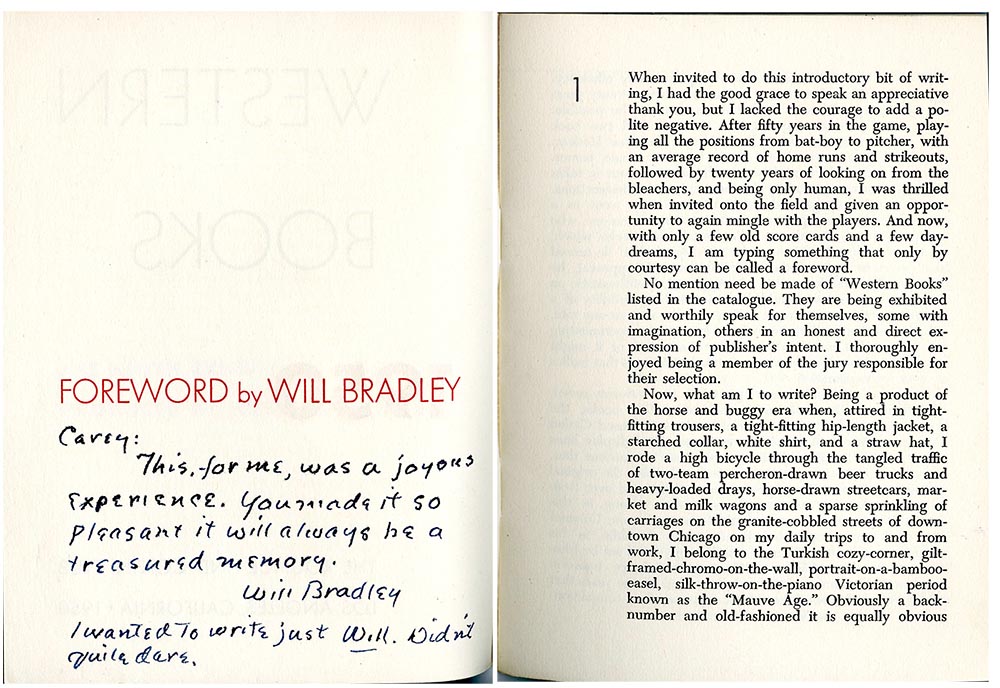 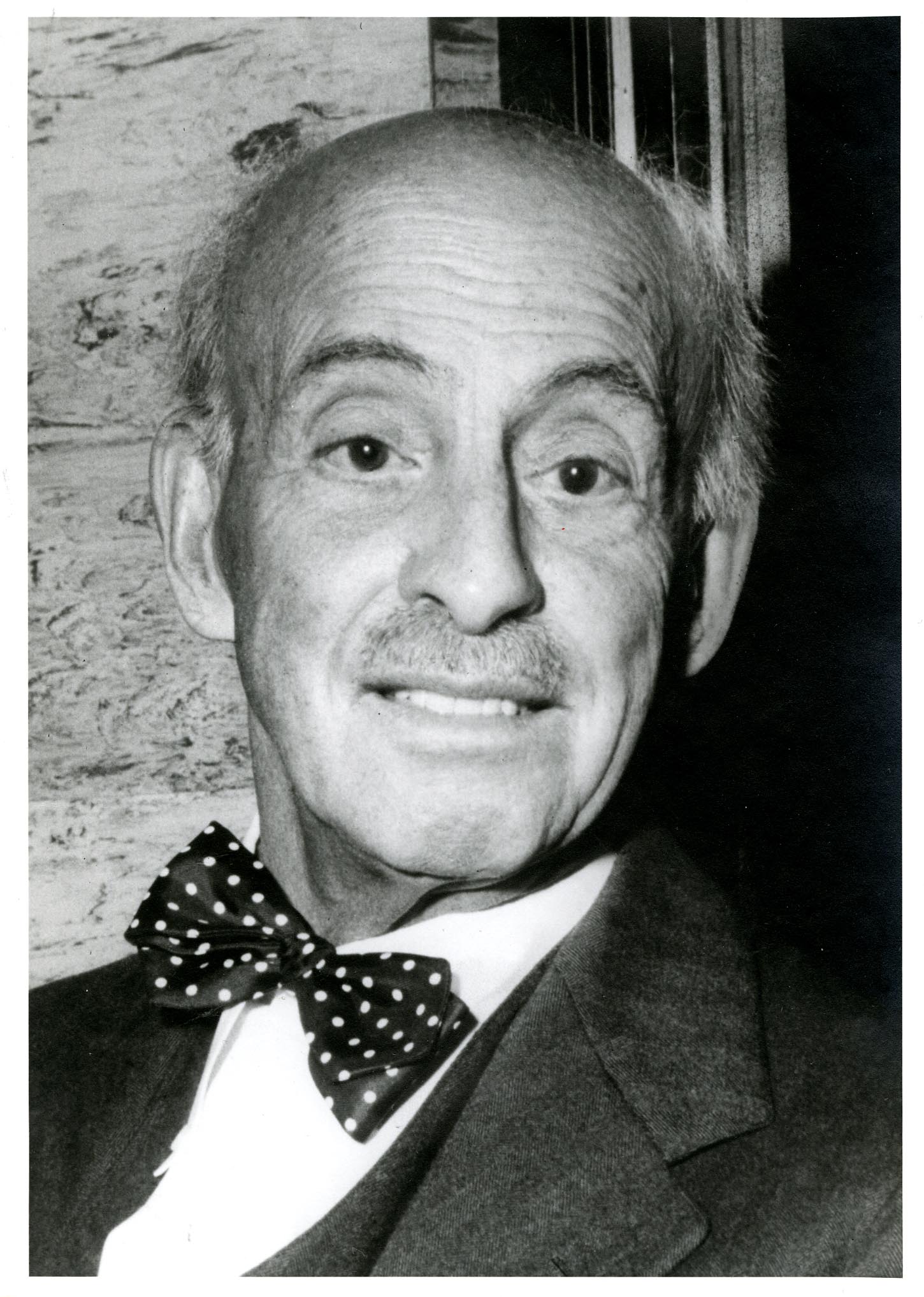 Photograph of Will Bradley, circa 1950s.
View Metadata 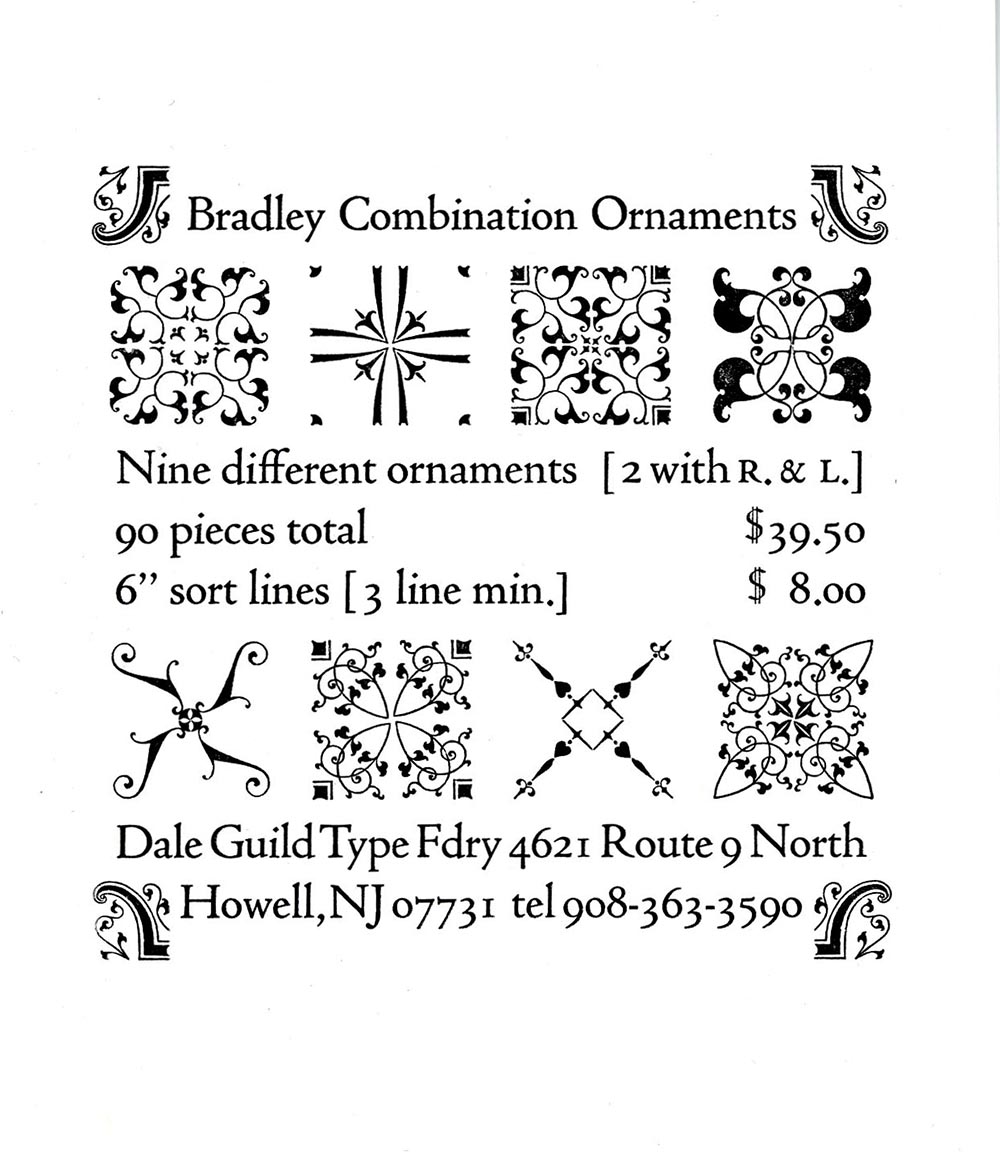 Apart from the increased recognition of his significance to American design and printing history, this enthusiasm for Bradley’s legacy even led him to embark on new projects. The Bradley Combination Ornaments were designed in 1952 and released in 1953 by significant past client the American Type Founders Company. The individual shapes can be arranged in a wide manner of ways, and the use of multiple colored inks provide even more options for decoration. 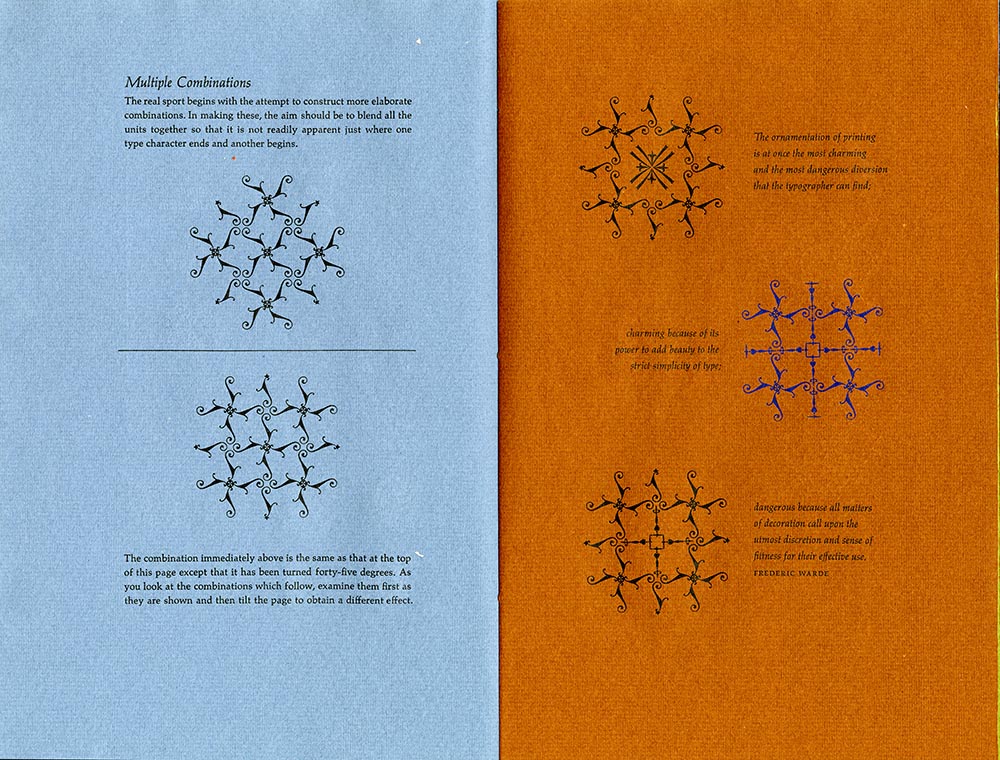 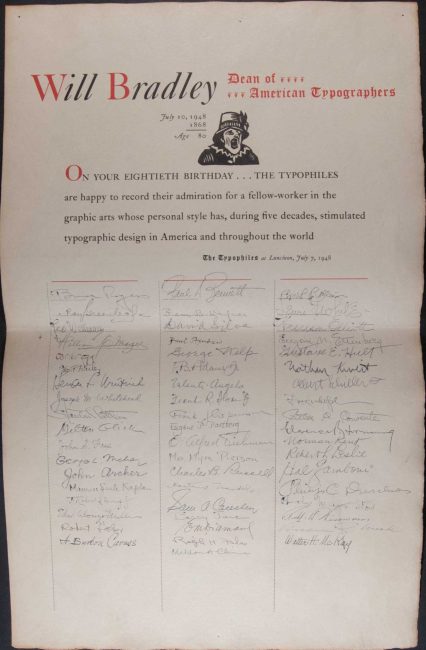 Will Bradley: Dean of American Typographers, July 7, 1948. This poster was printed for a celebration of Bradley’s eightieth birthday.
View Metadata
Previous
Online Exhibitions   »   Will H. Bradley, an American Artist: Selections from the Gordon A. Pfeiffer Collection   »   Late Career and Legacy