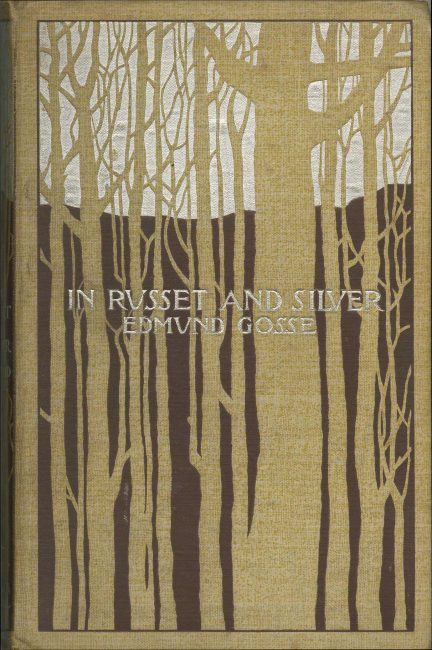 In Russet & Silver was one of the last books of poetry written by the English writer, translator, and critic Edmund Gosse. Although the English edition of In Russet & Silver was printed with only minimal decoration, the American edition appeared with a decorative binding designed by Bradley. In its contract, the publisher requested a binding that would reflect that “these are poems of his [Gosse’s] late years.” The contract also stressed that the project came with a strict deadline. According to Bradley, “ideas were shy and failed to yield to coaxing, and a decorative but otherwise meaningless design was mailed on an early morning train of the last possible day.” As he was leaving the depot, Bradley was struck by the sight of “forest oaks blended in sharp silhouette against a silver-gray sky,” which suggested, to him, “the end of summer – autumn of the years,” and which, in turn, suggested this cover design. (Bradley promptly “ran back to the depot and wired, ‘Don’t use design mailed this morning. Mailing another at noon.’ ”) 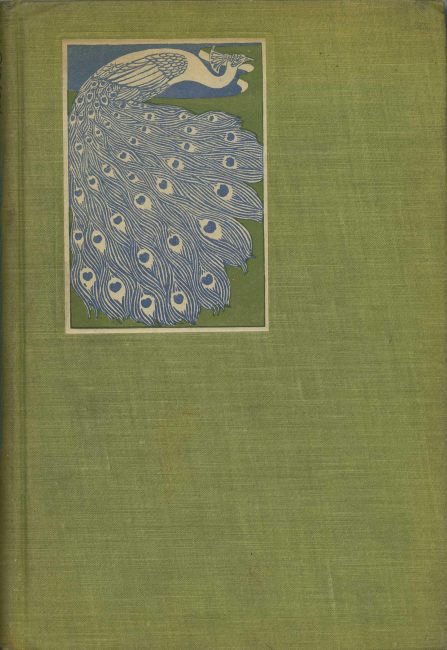 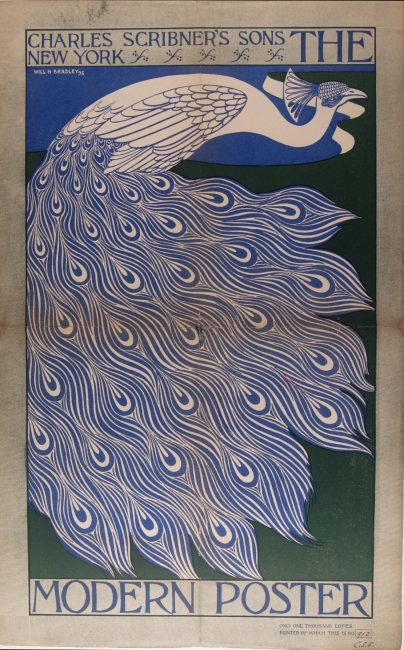 The Modern Poster printed four essays on the poster art of France, England, America, and Italy, all of which were copiously illustrated with black and white images.  H. C. Bunner, who wrote about the American poster, singled out Will H. Bradley for particular praise and included a reproduction of Bradley’s poster “Carnival Time,” which had appeared in the Chicago Sunday Tribune that same year. Bradley was responsible for designing much of the book, as well: in addition to providing illustrations for the book’s binding and frontispiece, Bradley created an original poster for inclusion with the book. The poster, which was removed for conservation purposes, can be seen framed on the University of Delaware Library Special Collections gallery wall. 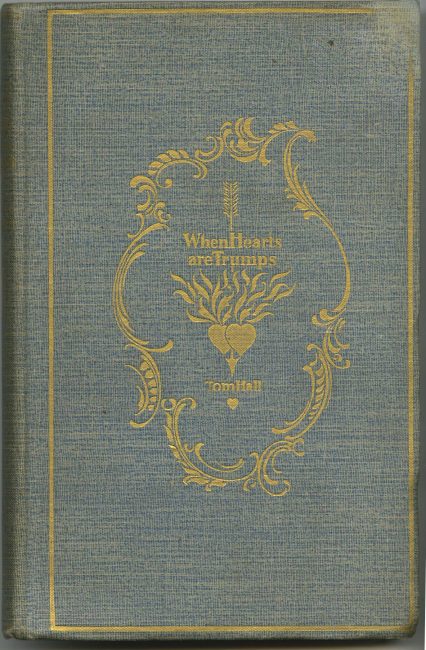 A collection of verse by Tom Hall, When Hearts Are Trumps was the first book that Bradley designed in its entirety. His work on the book included the cover, an illustrated title page, and four decorative border designs. Shortly before beginning work on the project in 1893, Bradley wrote to the publishers that the commission would “afford me much pleasure, as I am an admirer of Mr. Hall’s verse.” The book went through six printings between 1894 and 1898; the copy shown here is the fifth edition.