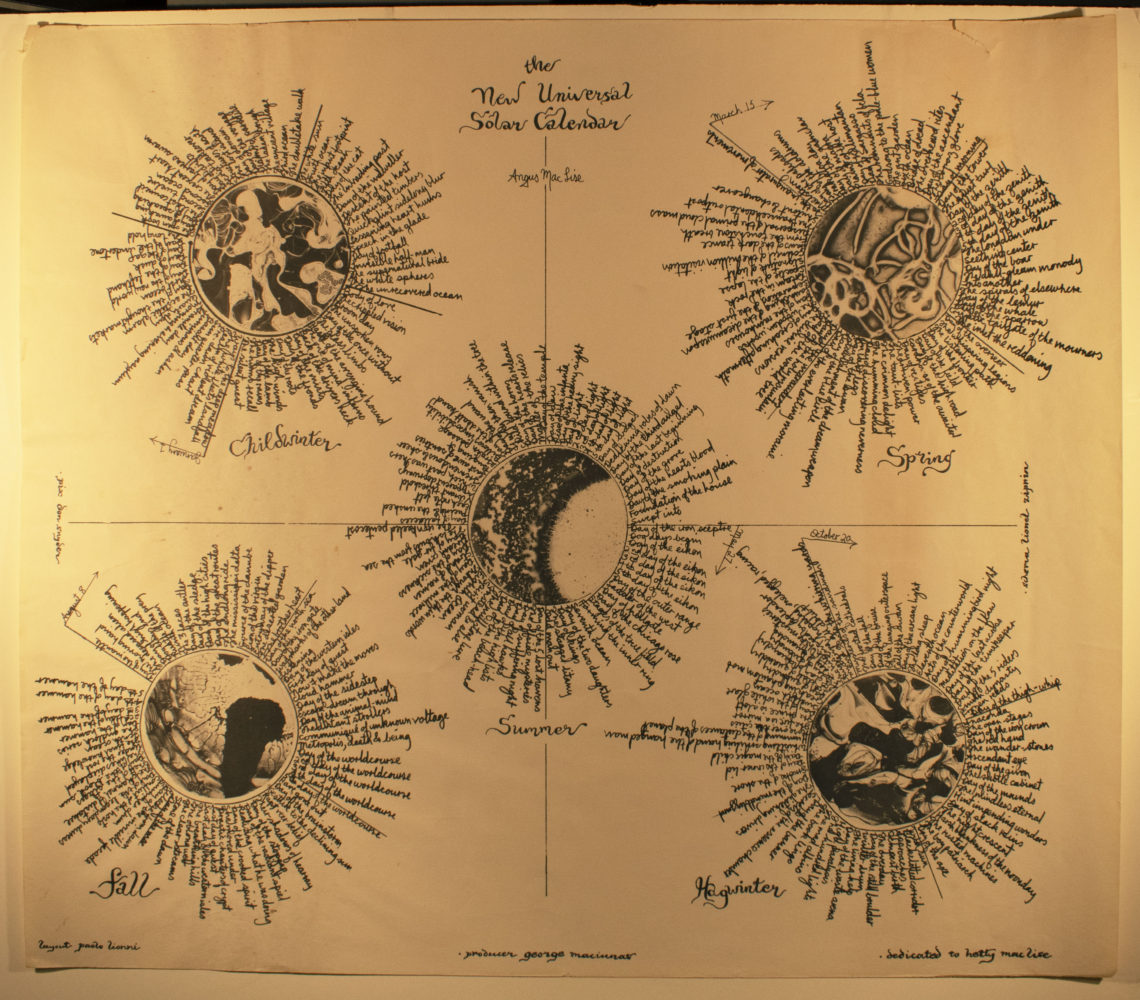 Angus MacLise was a percussionist, composer, poet, occultist, and calligrapher. These last three came together in his New Universal Solar Calendar, which reimagines the year in five seasons with individual days devoted to various cosmological concepts. Abstract filmmaker Don Snyder supplied the photographs, while Fluxus founder George Maciunas “produced” the work. MacLise is perhaps best known as the original drummer for the Velvet Underground, although his greatest accomplishment may be his work as a cofounder of the Bardo Matrix Press in his adopted home of Kathmandu. 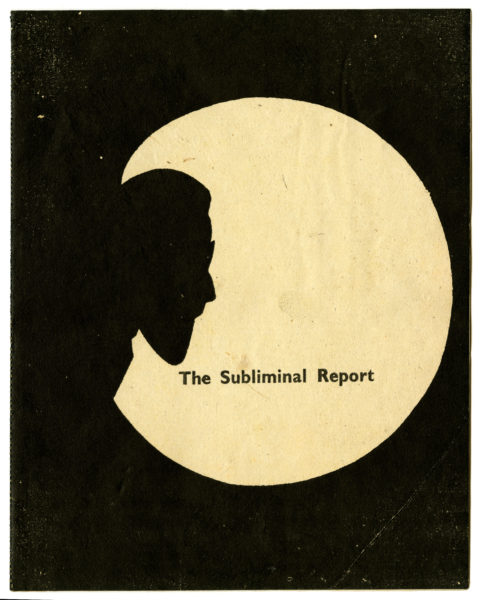 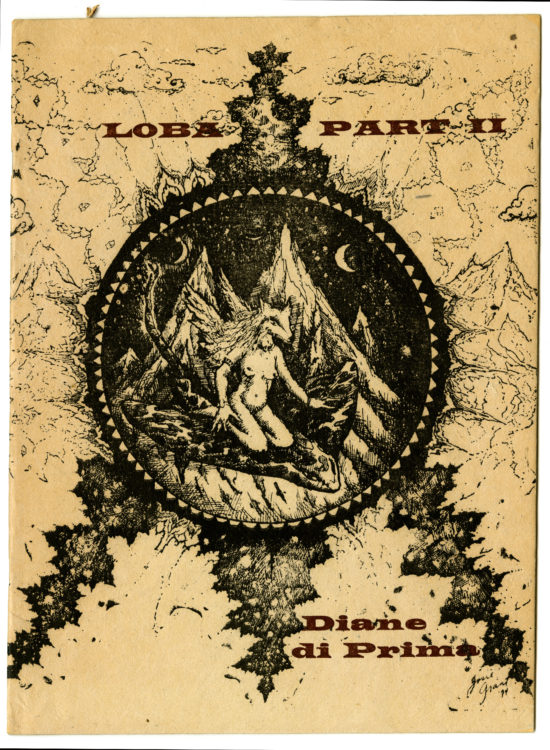 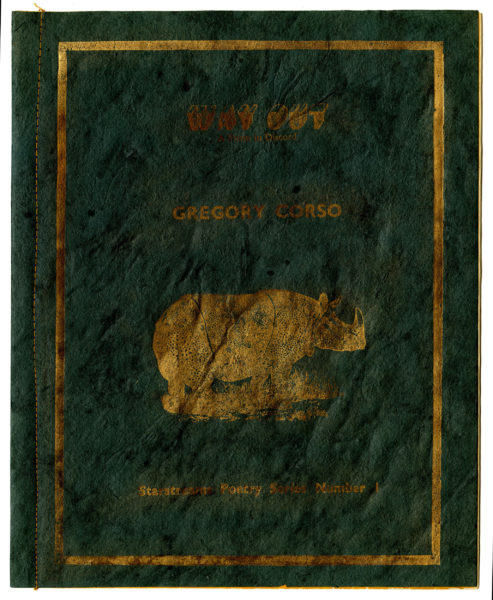 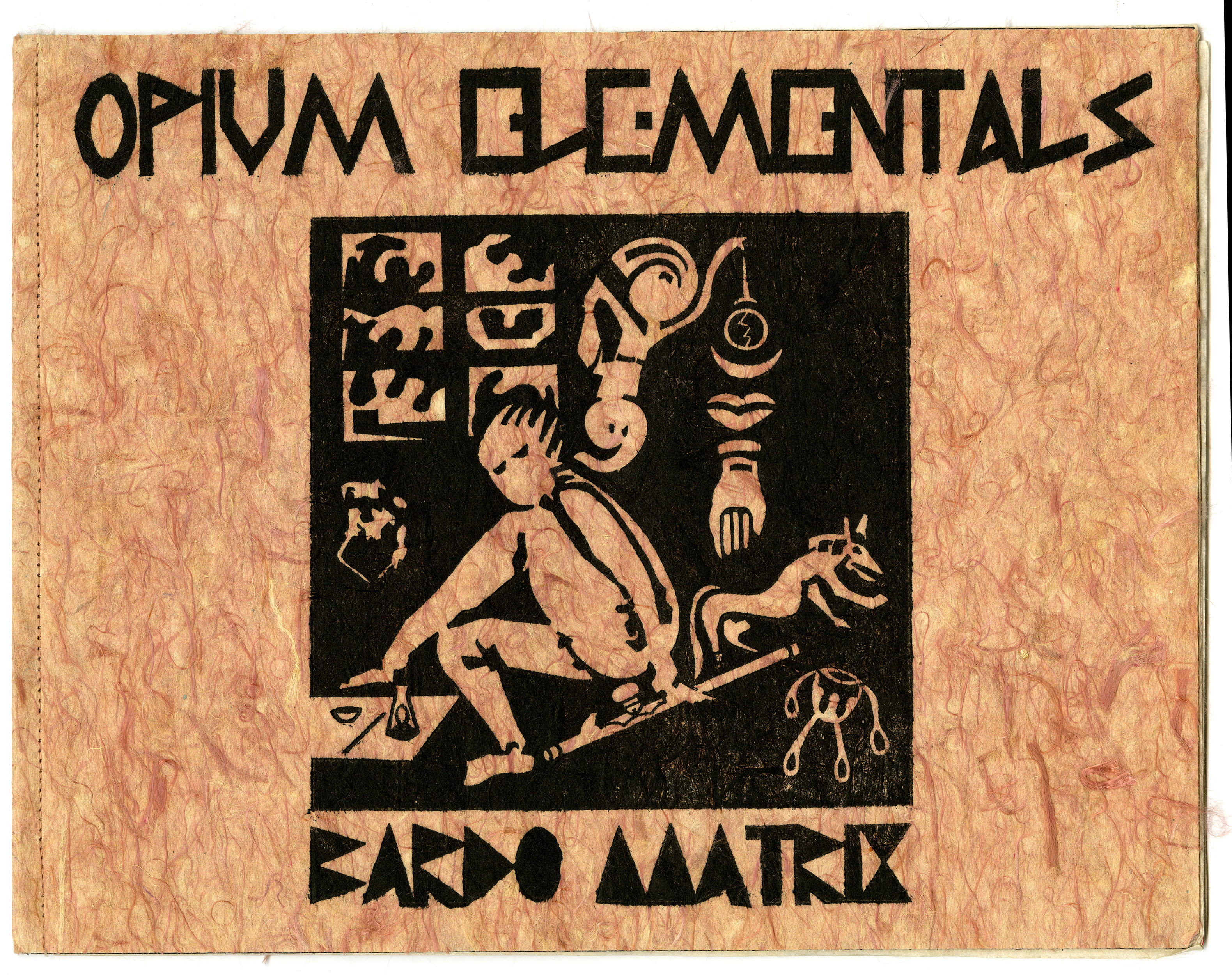 Within the sensibility developed by Bardo Matrix, smoking opium was seen as a traditional and natural alternative to shooting heroin, which was viewed as an inherent evil. Artist Dana Young’s image of a dreaming opium smoker inspired Ira Cohen to write a poetic text on the subject. It was published in 1976 as Opium Elementals. 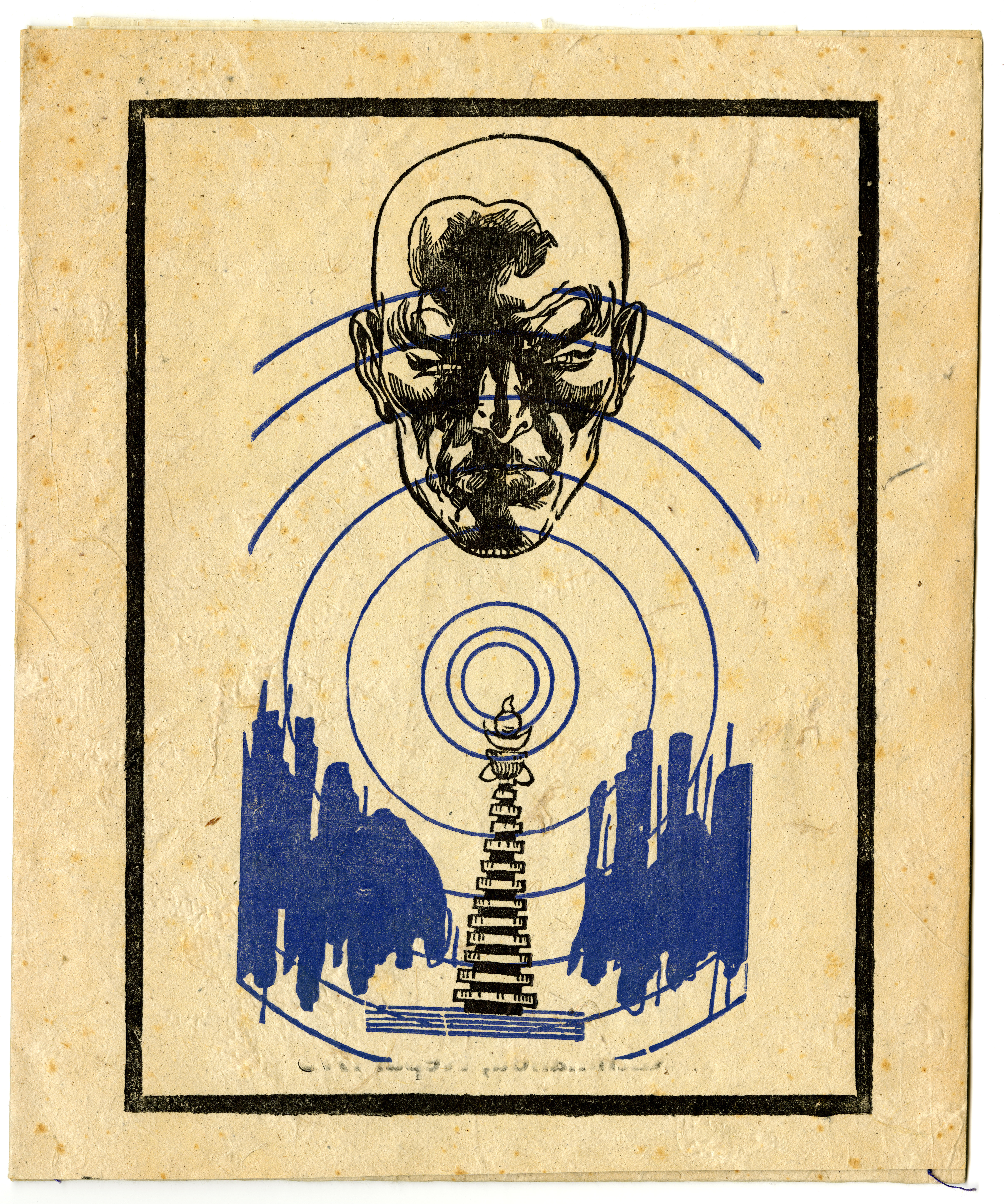 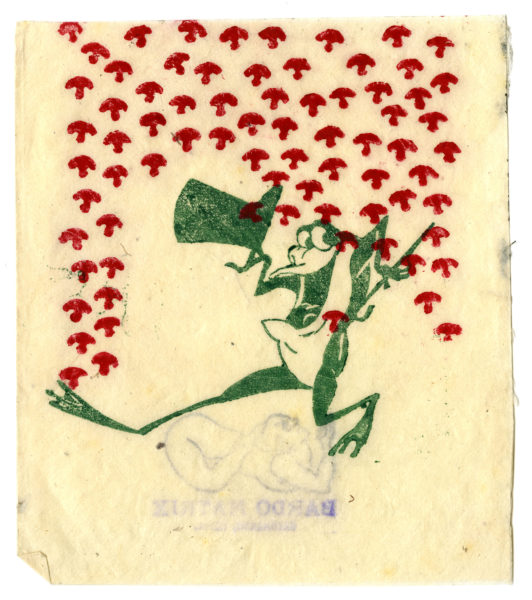 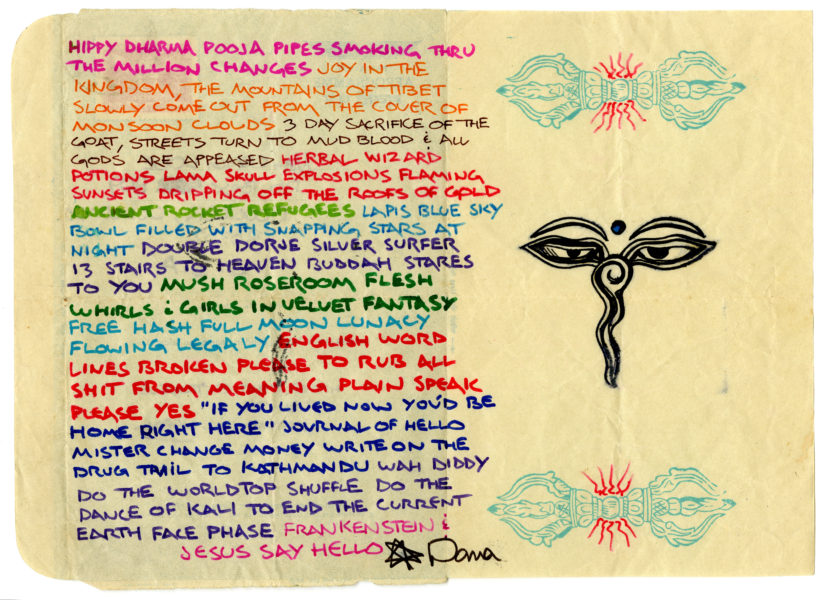 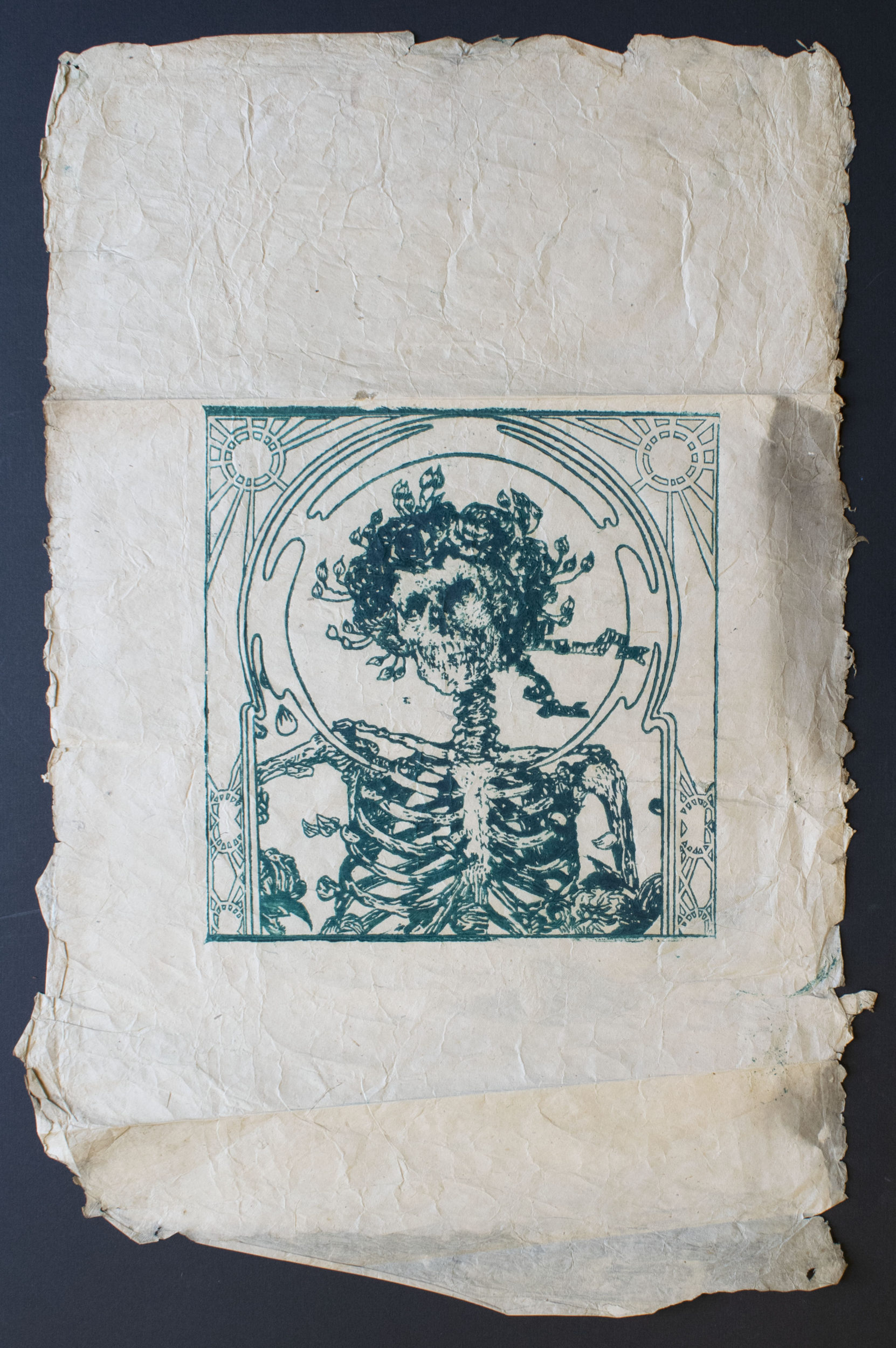 The Spirit Catcher Bookstore was at the crux of 1970s counterculture in Kathmandu, the capital of Nepal. The bookstore was at once a serious literary outpost and a head shop. In addition to books, magazines, and poetry readings, the shop offered various wares for hippie clientele, including “posters” such as this Grateful Dead inspired work that was printed locally on Nepalese paper by the Bardo Matrix Press. 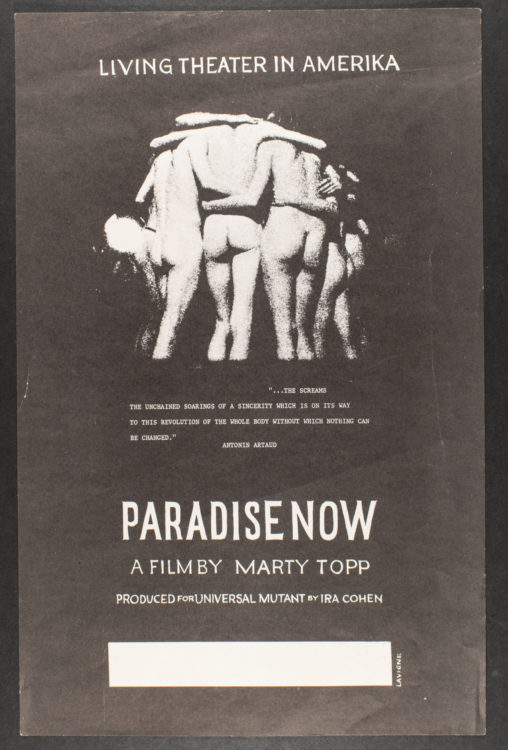 Paradise Now was a performance of the Living Theatre billed as a “collective creation” that was intended to overcome “psycho-sexual repression.” Its goal was the spontaneous creation of a temporary anarchist collective within the theater. The play was controversial for its sexual content and nudity, which involved actors intermingling with the audience, and it prompted multiple arrests for public indecency. Marty Topp’s 1969 film presents a montage of clips from the Living Theatre’s 1968 American tour.