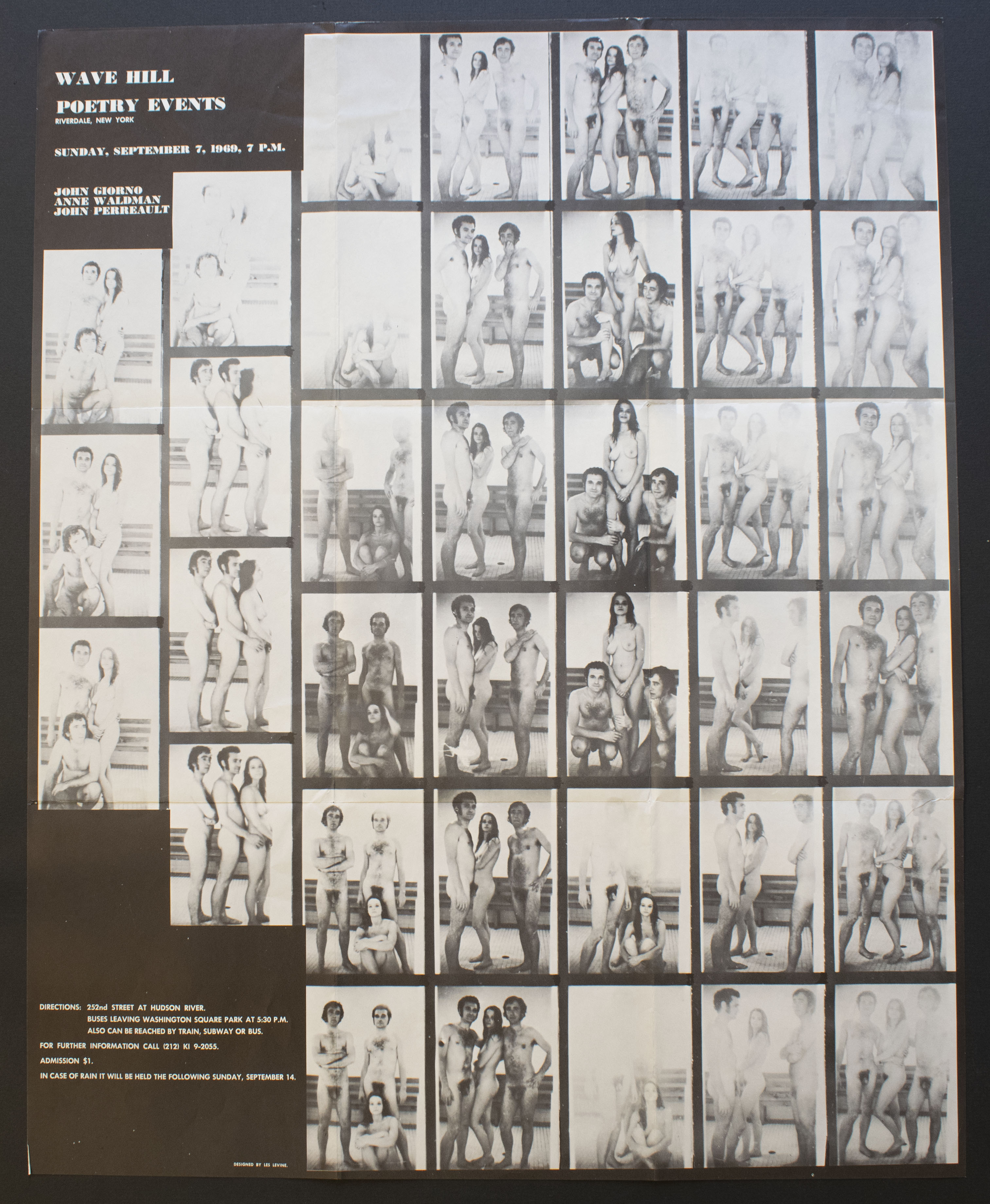 This poster for a poetry reading at the Wave Hill cultural center in Riverdale, New York, features the three poets posing naked in a film-like series of photographs. Designed by conceptual- and videoartist Les Levine, the image plays on the use of photo-grids in the conceptual art of the day, while embracing the countercultural trend of free-spirited nudity. Regarding the scandalous effect of the image at the time, Waldman later recalled, “The Architectural League … shut down one of our events after they saw the poster Les Levine had done [of us] nude in a steamy bathhouse.” 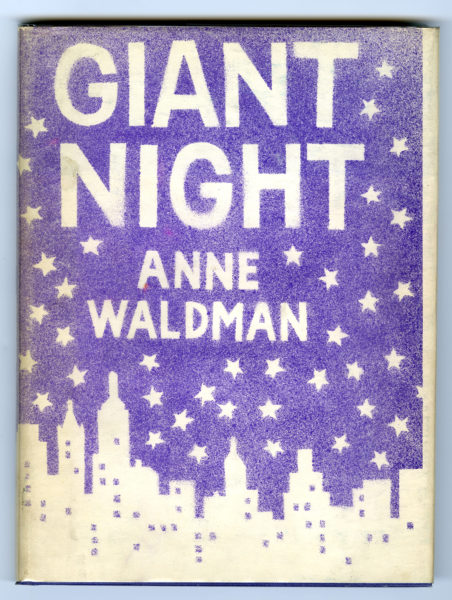 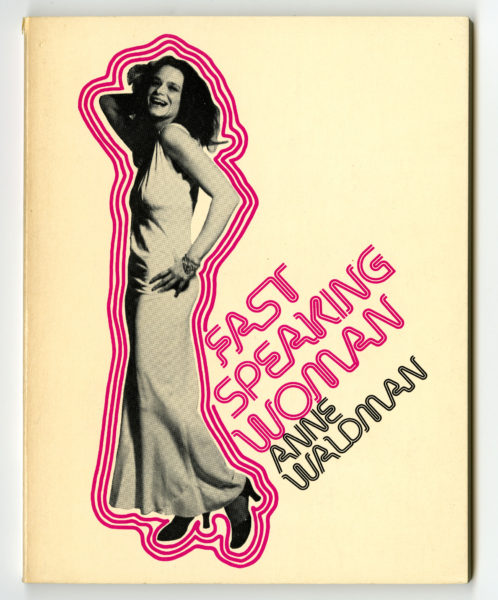 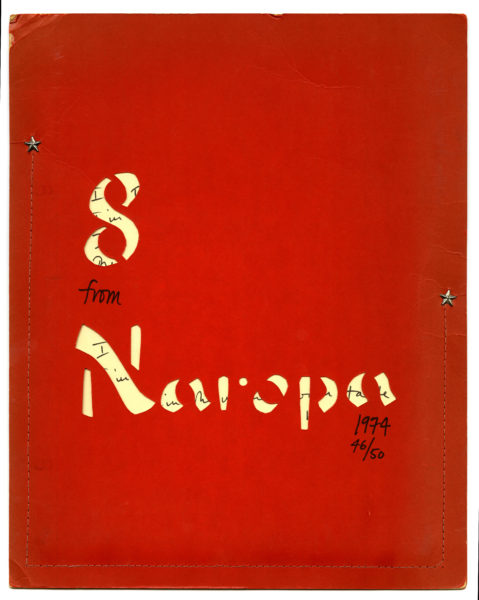 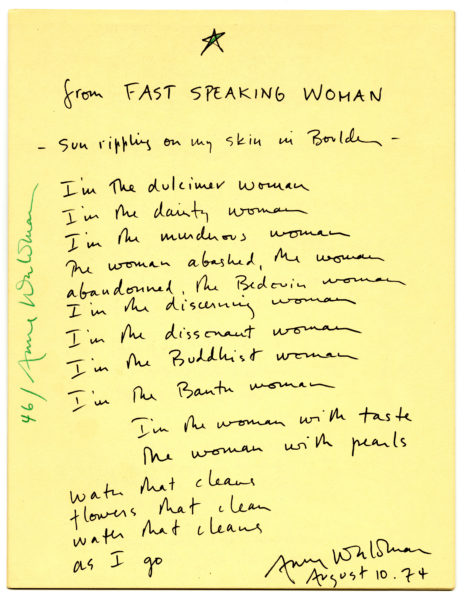 from Fast Speaking Woman, 1974
signed. From 8 from Naropa

Anne Waldman was a latter-day addition to the Beat movement. She was born in 1945, when Jack Kerouac, Allen Ginsberg, and William S. Burroughs were already meeting up in New York. Widely active as a poet, publisher, and performer, as well as a teacher, Waldman helped found the Poetry Project at St. Marks and later co-founded, with Ginsberg, the Jack Kerouac School for Disembodied Poetics at the Naropa Institute in Boulder, Colorado. Her work is grounded in personal experience but extends into political critique, particularly in areas of feminism and environmentalism.