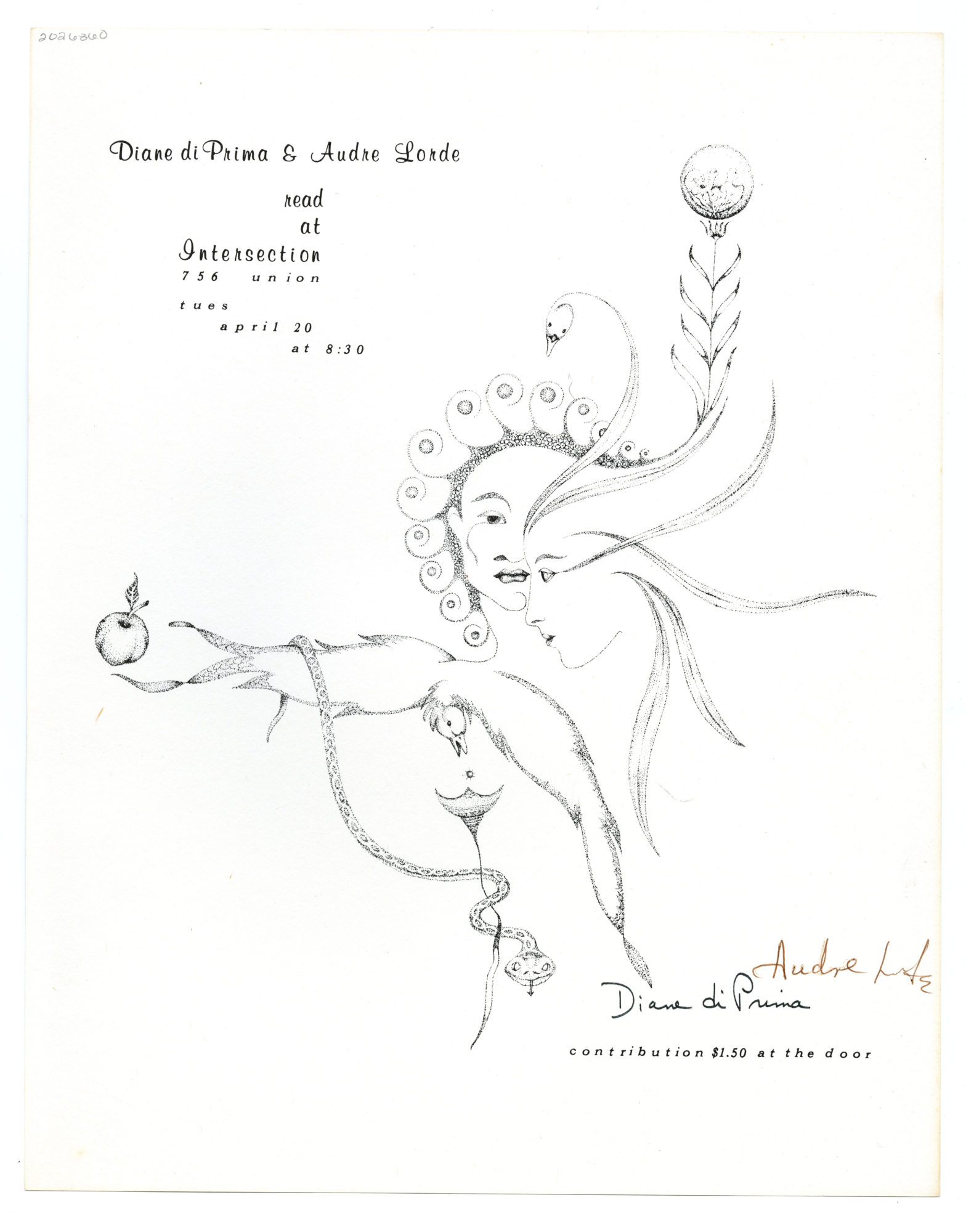 The first non-profit cultural space in San Francisco, Intersection for the Arts offered a robust schedule of poetry readings with a special focus on women poets. This print advertises a poetry reading featuring Diane di Prima and Audre Lorde, self-described “black feminist lesbian mother poet.” The two were close high school friends who read their poems to one another at age fifteen. Later, di Prima’s Poet’s Press published Lorde’s first book, The First Cities, and in 1977 di Prima’s Eidolon Editions published another volume by Lorde, Between Our Selves. 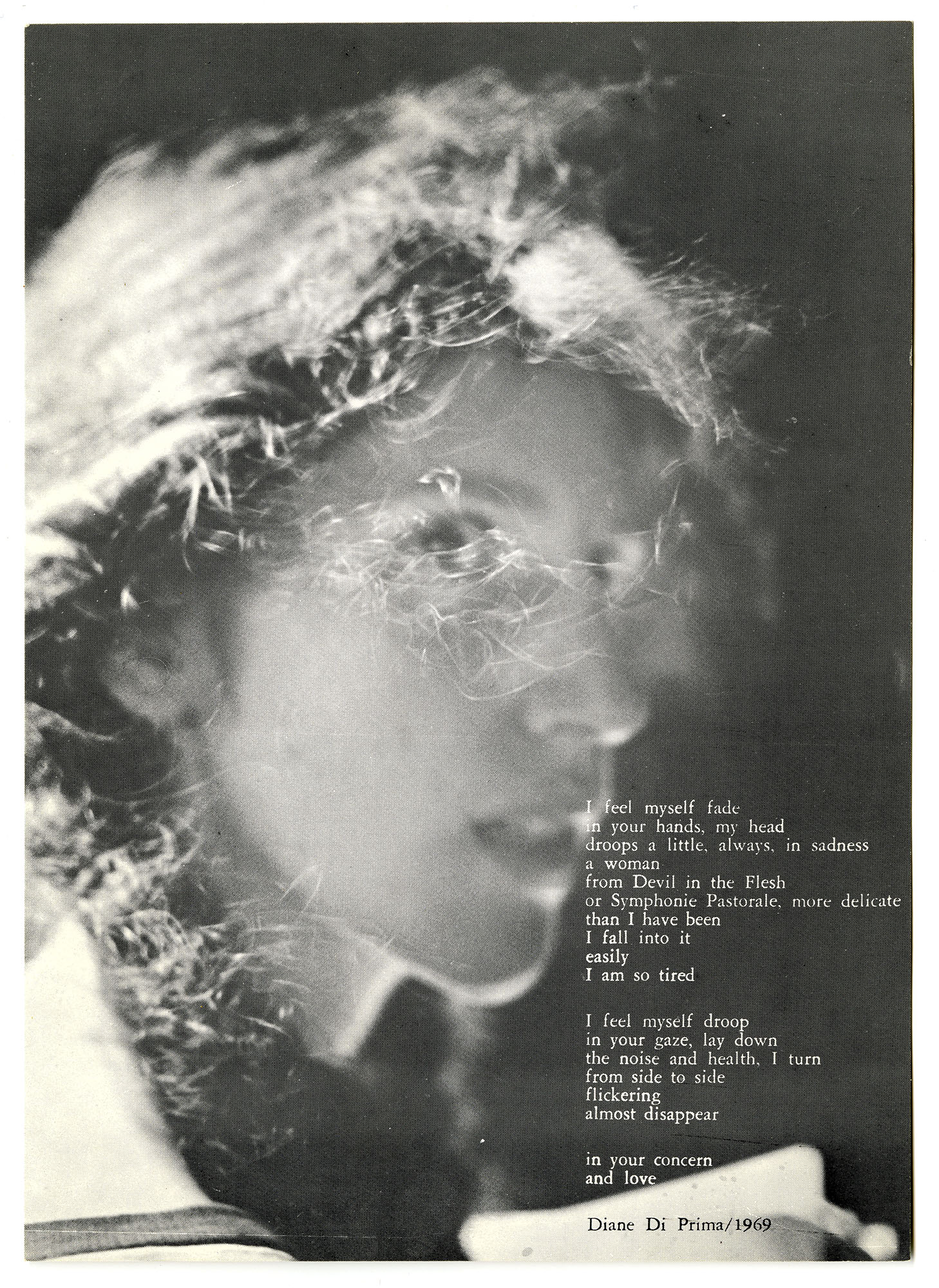 Here a slightly out-of-focus portrait of Diane di Prima is overlaid with her poem about fading from view. 1969 was a time of transition for di Prima. Newly settled in California after living the bulk of her life in New York City, she divorced her husband Alan Marlowe, their Poet’s Press ceased publishing, and she discontinued publication of Floating Bear. At the time she was politically involved with the anarchist Diggers in San Francisco and had newly intensified her Zen studies.