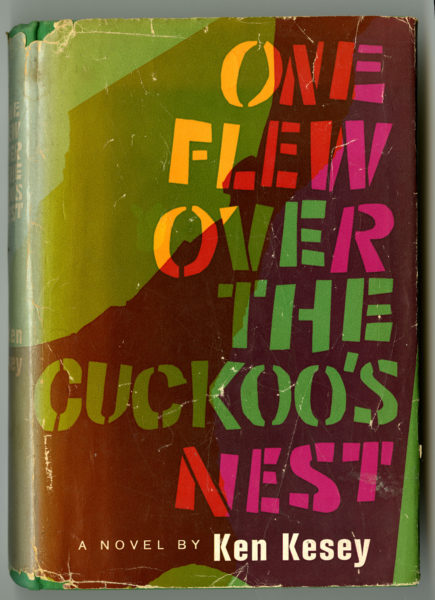 One Flew Over the Cuckoo’s Nest, 1962
Viking Press, New York

While a writing student at Stanford University, Ken Kesey undertook paid psychological experiments with mescaline and LSD. He also began working the night shift as an attendant at a psychiatric hospital. These experiences came together in his first novel, One Flew Over the Cuckoo’s Nest, which explored insidious ways society represses nonconformity.

Following the novel’s success, Kesey began throwing parties that brought together different social groups (Beats such as Allen Ginsberg, Hell’s Angels, and academics), often under the influence of (then-legal) hallucinogens. These “Acid Tests,” as he called them, also featured a young rock band called the Grateful Dead.

Garage Sale is a freewheeling collection of Kesey’s writings and illustrations, with additional contributions by Ginsberg and Cassady among others.