Previous
Online Exhibitions   »   Beat Visions and the Counterculture   »   Ed Sanders, The Fugs, and Fuck You Press

Ed Sanders, The Fugs, and Fuck You Press

Ed Sanders carried the Beat ethos into the 1960s. His various commitments—to free expression, legalization of drugs, sexual freedom, and peaceful protest—reflected the Beat emphasis on the individual but also the desire to recreate culture from the ground up. Lawrence Ferlinghetti’s City Lights Books published Sanders’s first book, Poem from Jail, in 1963. Sanders wrote the book while serving a prison term for climbing aboard a nuclear submarine to protest militarism.

A soft-spoken provocateur, Sanders operated the renowned Peace-Eye Bookstore in New York, published Fuck You: A Magazine of the Arts and related imprints, and co-founded the satirical, proto-punk band the Fugs. Sanders also had an advanced degree in Egyptology and wrote a scholarly treatise on hieroglyphics, which often feature in his underground publications. 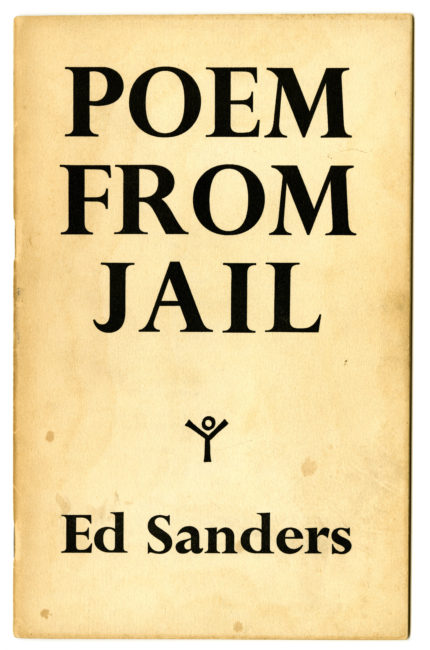 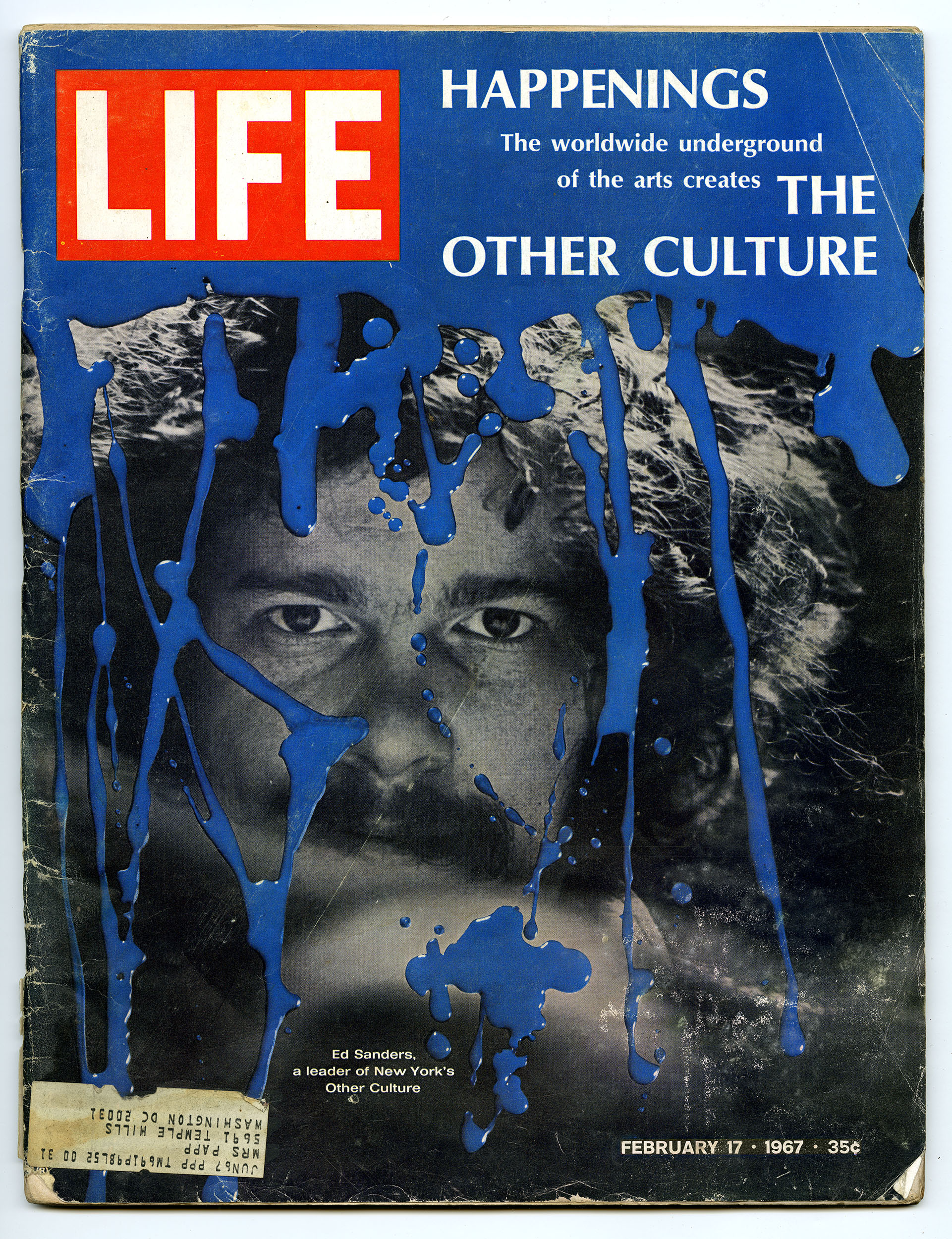 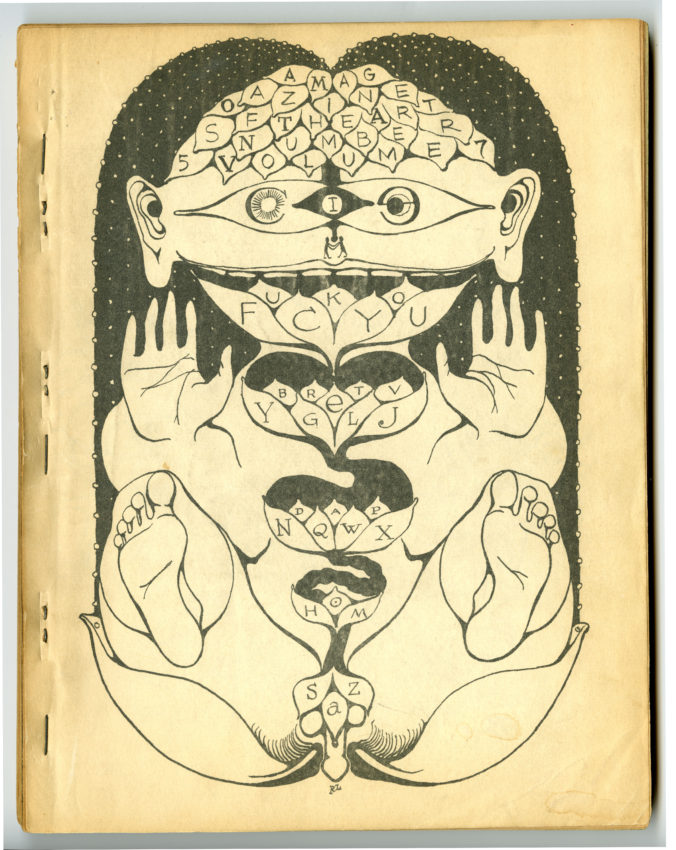 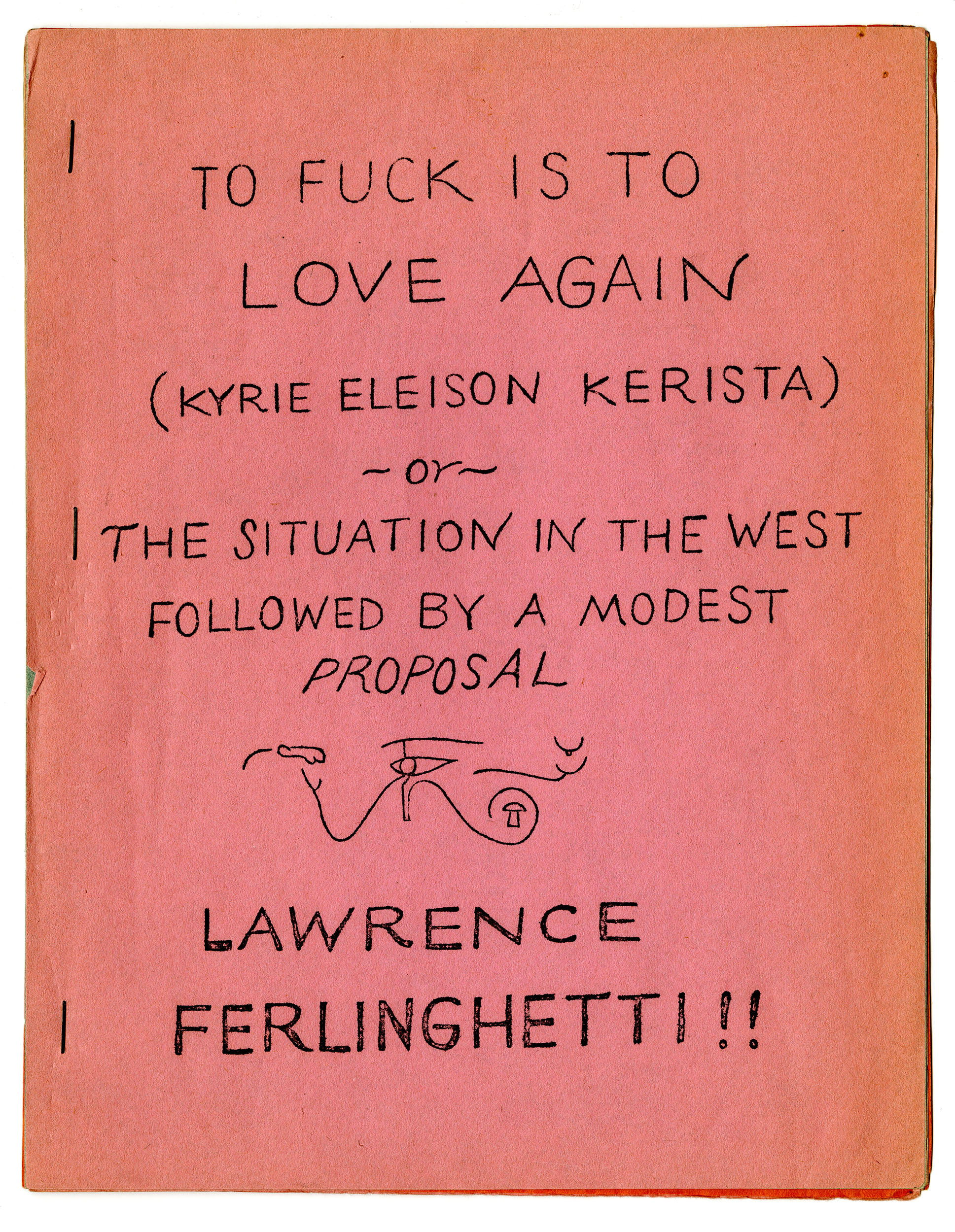 Lawrence Ferlinghetti
To Fuck Is To Love Again (Kyrie Eleison Kerista) or, The Situation In the West, Followed by a Holy Proposal, 1965
Fuck You Press, New York 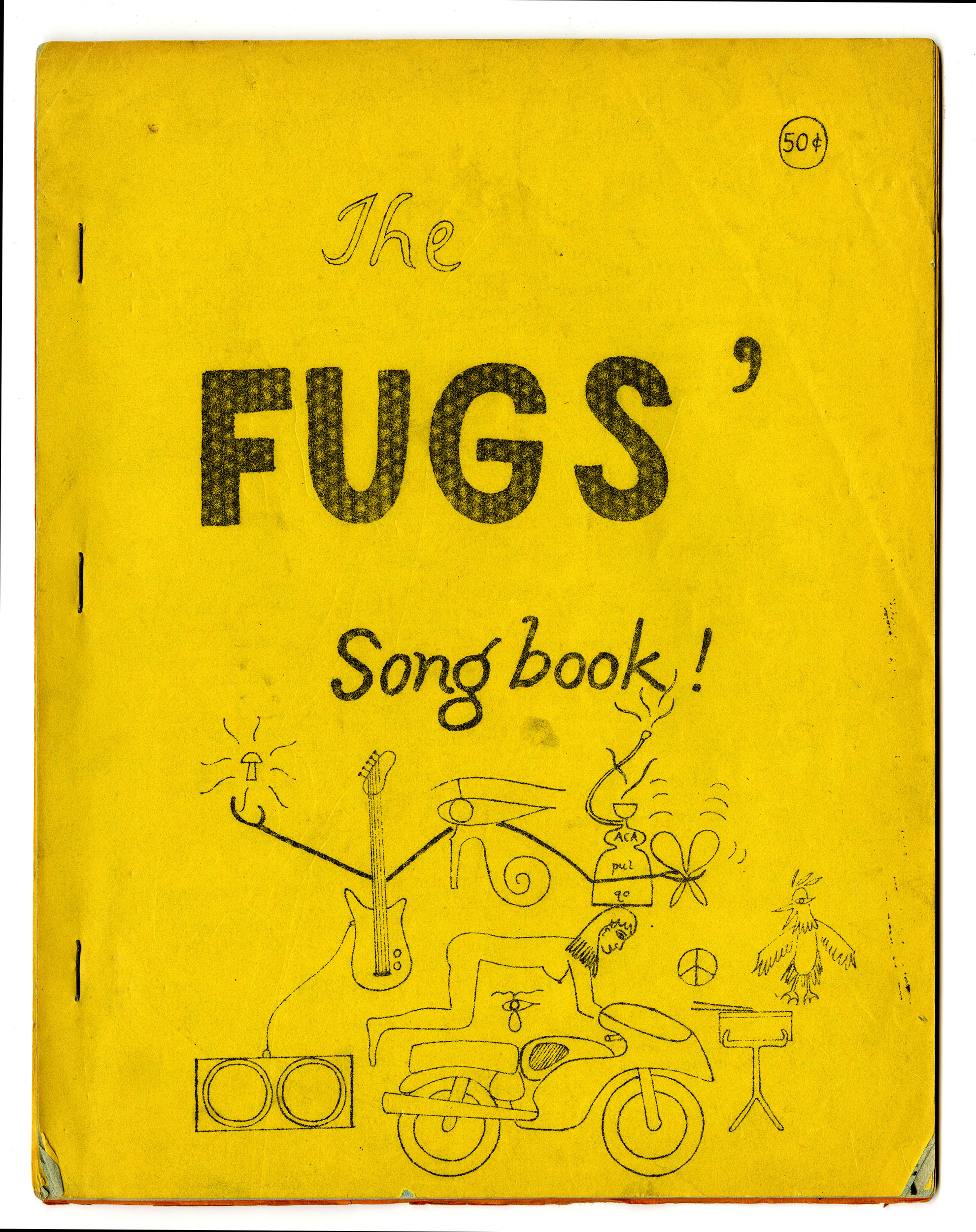 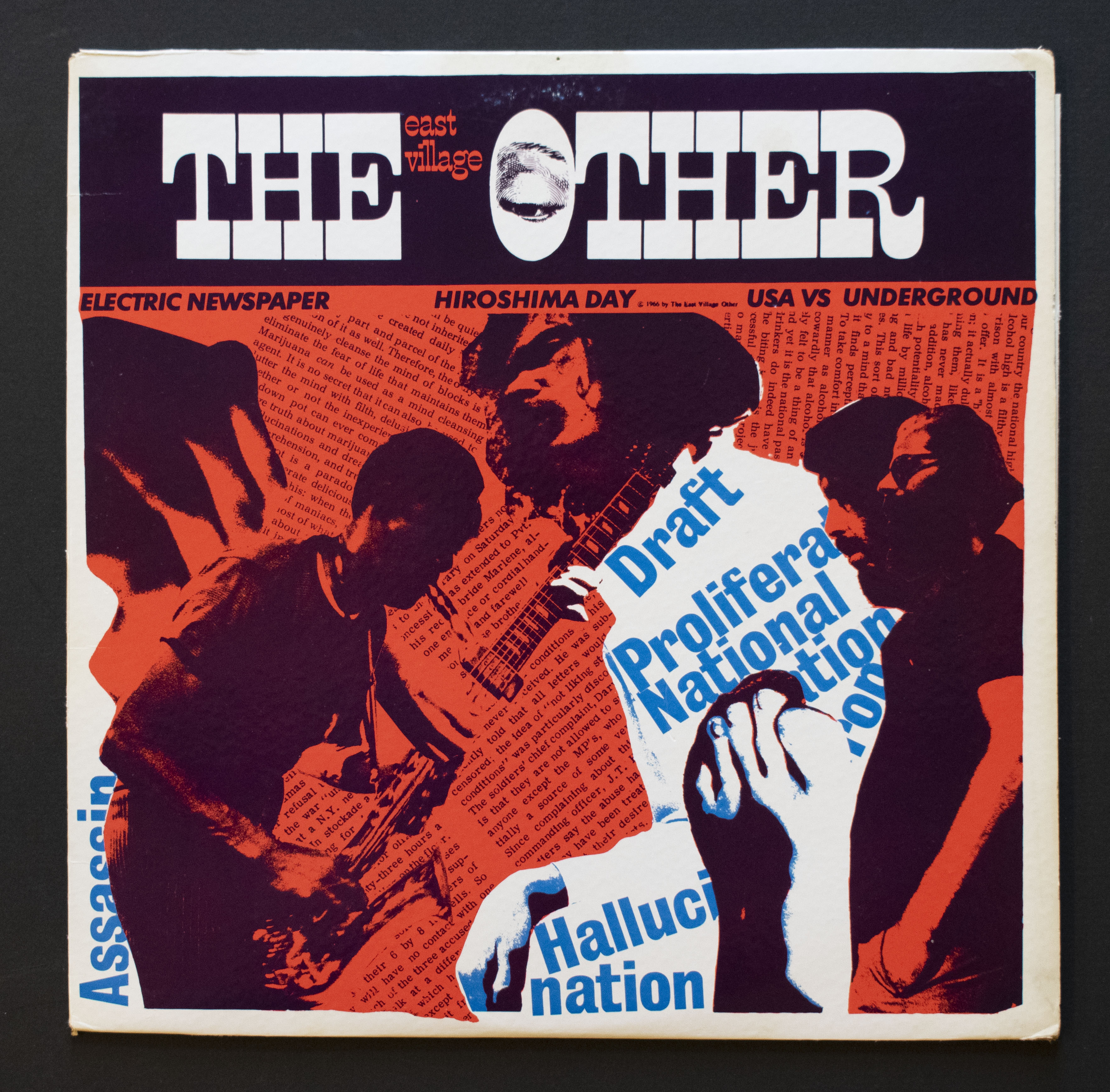 The legendary underground newspaper the East Village Other released this sonic collage on August 6, 1966, which was both the marriage date of First Daughter Luci Baines Johnson and the 21st anniversary of the bombing of Hiroshima. Perceiving a bitter irony in this coincidence (President Johnson was reviled for escalating the conflict in Vietnam), EVO assembled avant-garde figures from literature, jazz, rock, and art. Poet Allan Katzman described the album on its back cover: “All the news unfit to print is precipitated in the ear … TURN ON! TUNE IN! and delve into the depths of a culture’s corrosion.” The album features a radio news report of the wedding interspersed or overlaid with music by free-jazz saxophonist Marion Brown, chanting by Allen Ginsberg and Peter Orlovsky, an instrumental piece called Noise by the Velvet Underground (said to be their first recording), songs by members of the Fugs, a reading by novelist Ishmael Reed, and a conceptual piece by Warhol entitled Silence (presumably a counterpart to Noise). 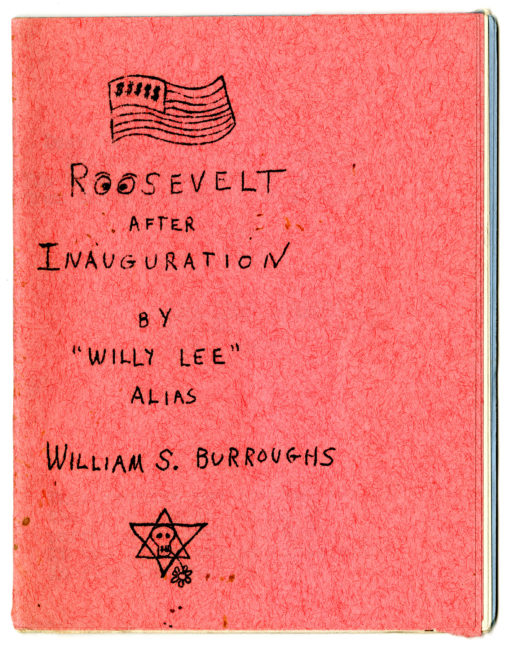 Previous
Online Exhibitions   »   Beat Visions and the Counterculture   »   Ed Sanders, The Fugs, and Fuck You Press