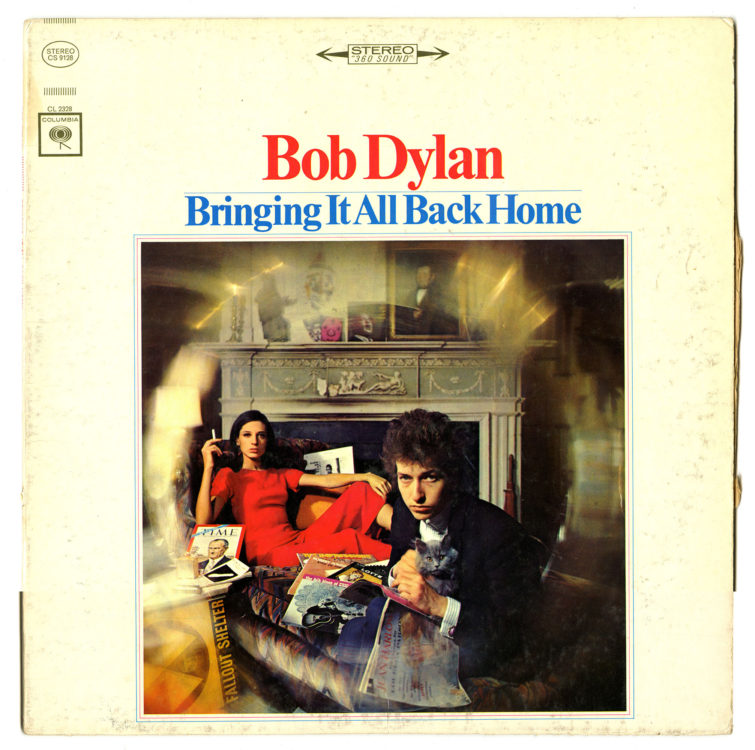 Bob Dylan
Bringing It All Back Home, 1966
Private collection

The cover of Bob Dylan’s album Bringing It All Back Home (1965), where he departed from folk music and entered into new musical and lyrical territory, features a copy of Gnaoua propped on the mantelpiece. Its presence may be a public acknowledgement of Dylan’s enthusiastic recent exposure to the work of William S. Burroughs, which he had encountered in “little magazines, foreign magazines,” as he stated in an interview that year. 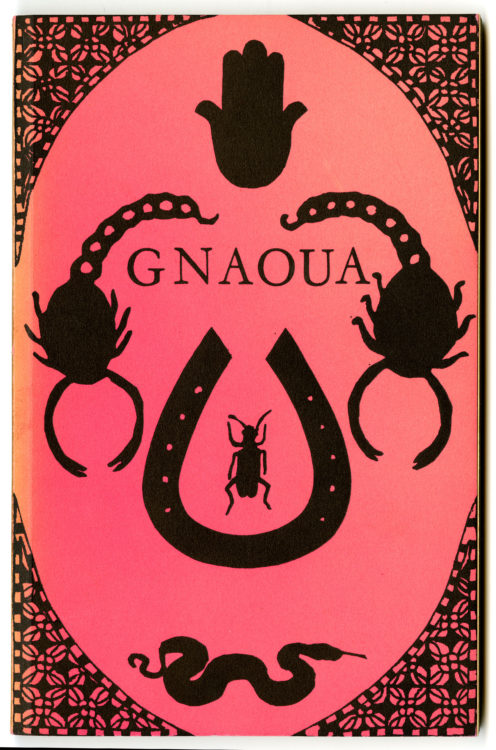 Produced by poet and artist Ira Cohen in Tangier, Gnaoua was a one-shot literary magazine featuring work by many of the Beats. The magazine’s name was derived from a traditional Moroccan culture known for ecstatic dance and hypnotic trance music, practices reputed to cure psychological ills and remedy scorpion stings. 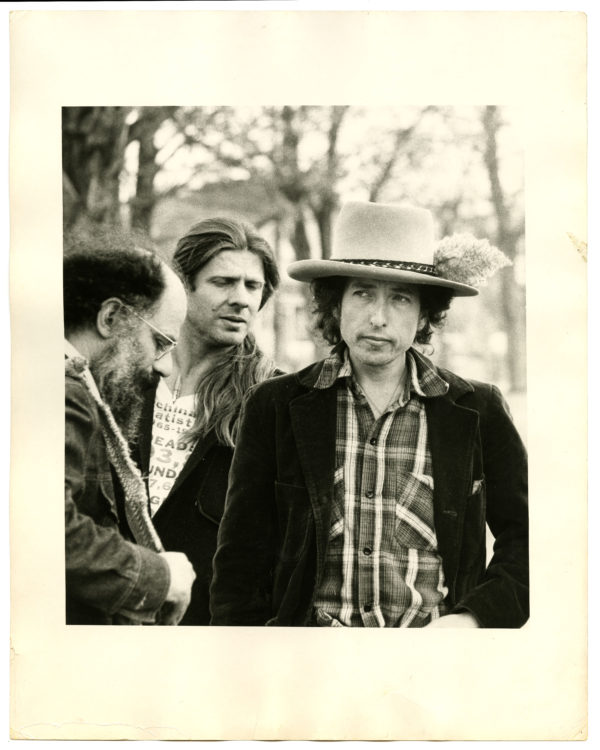 Bob Dylan had a multi-faceted relationship with the Beats. He credits early exposure to Jack Kerouac’s Mexico City Blues, Allen Ginsberg’s Howl, Gregory Corso’s Gasoline, and Lawrence Ferlinghetti’s Coney Island of the Mind with liberating his sense of language and poetry as he embarked on his career as a songwriter. He later became a close friend of Ginsberg, whose photograph appears on the back cover of Dylan’s breakthrough album, Bringing It All Back Home (1965). In 1975-76, Ginsberg, along with Peter Orlovsky and Anne Waldman, toured with Dylan’s Rolling Thunder Revue. It was during this tour that Dylan, Ginsberg, and Orlovsky paid a visit to Kerouac’s grave in Lowell, Massachusetts, an event commemorated in this photograph.