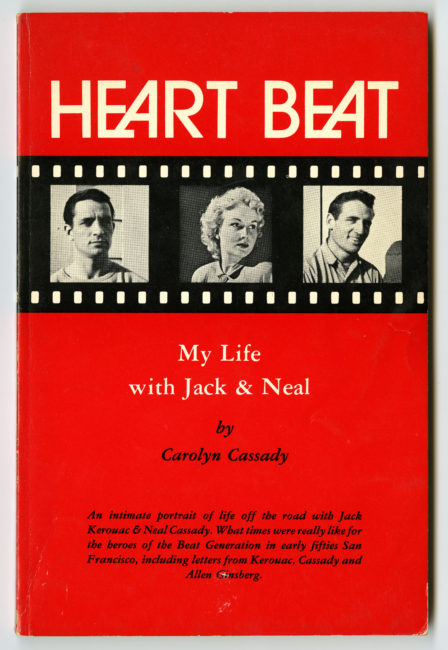 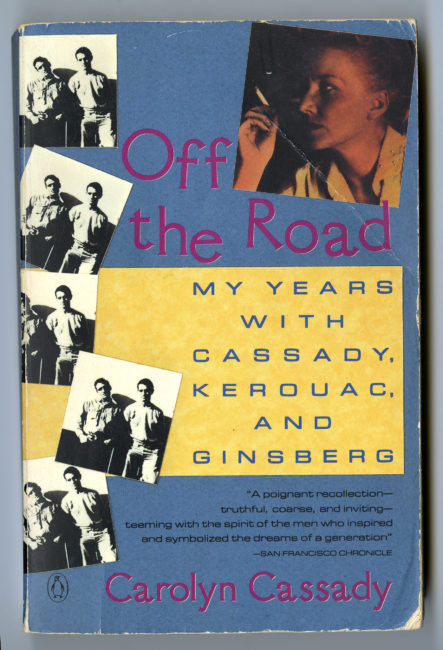 Carolyn Cassady was wife of Neal Cassady, lover of Jack Kerouac, and rival of Allen Ginsberg for her husband’s affections. She had a minor role in On the Road as the wife who stayed home. As a symbol of stability and family, she represented that which the protagonists desired on one level and avoided on the other. She was well educated and had charted a career as a film designer that was cut short. Although she loved both Cassady and Kerouac, she had little enthusiasm for the mythology of the Beat generation. After their deaths, Carolyn Cassady sought to tell her story—and their story— from her perspective. Selections from her thousand-page manuscript were published as Heart Beat in 1976. A film with the same title was released in 1980 and featured Nick Nolte as Neal Cassady, Sissy Spacek as Carolyn Cassady, and John Heard as Jack Kerouac.

Additional material from her memoir was later published with the ironic title, Off the Road.