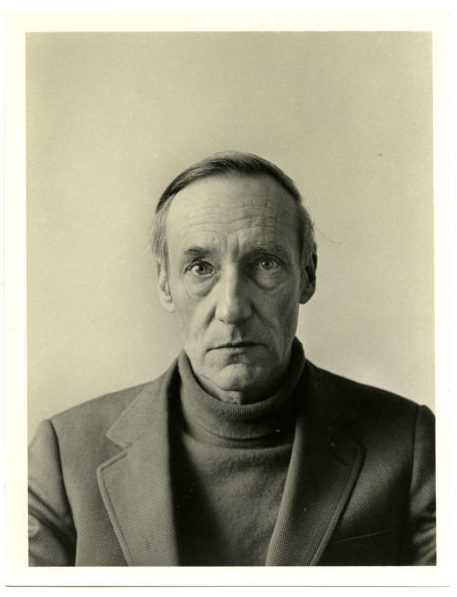 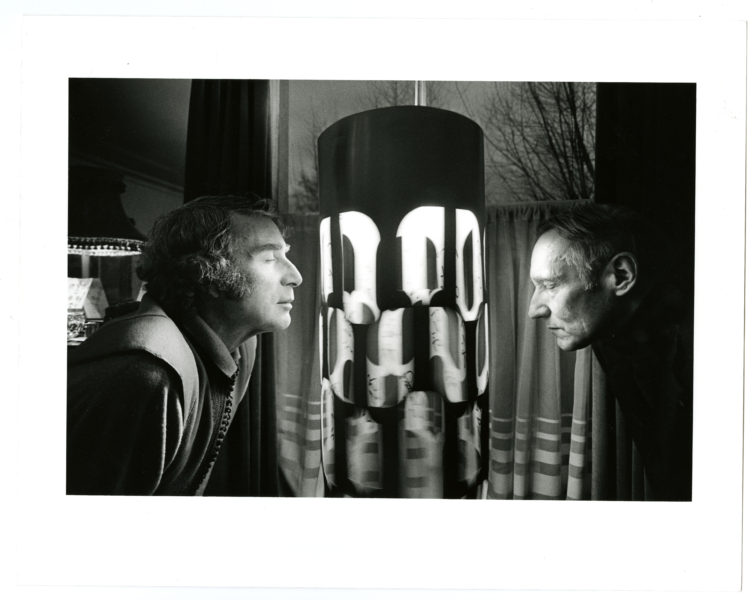 The Dream Machine was invented by Brion Gysin and Ian Sommerville, a British mathematician and “systems engineer” who became William S. Burroughs’s companion. It used a rotating perforated cylinder with a light inside it to produce flickering patterns that acted on the brain, inducing trance-like states. Meant to be “viewed” with the eyes closed, it mimics the frequency of the brain’s alpha waves and may induce a hypnagogic state— the state between waking and sleeping when the brain becomes open to hallucinations and sensory effects such as moving patterns. Gysin had hoped that the Dream Machine, mass-produced, would replace drugs, on the one hand, and television on the other.

These artworks belong to Brion Gysin’s extensive series of “Roller Grid” prints, in which a paint roller was modified to lay down a grid pattern. Repetitive yet always featuring distinct markings, the roller grids represented an idiosyncratic system, an irrational order, combining repetition and chance. The principle of the “rolling grid” (endless repetition with endless variation) can be seen at work in many of Gysin’s and William S. Burroughs’s projects, including the Dream Machine and Burroughs’s three-column scrapbook collages. 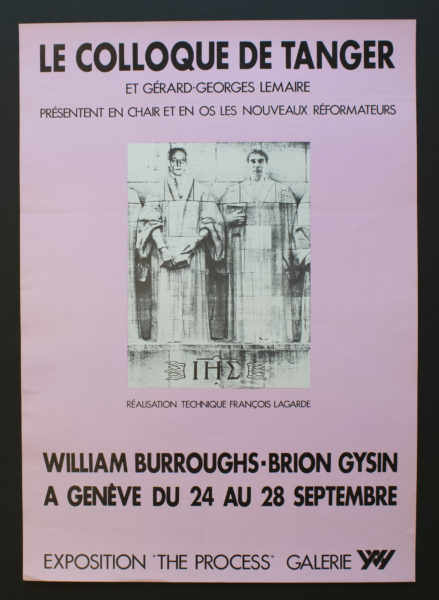 This poster announced a symposium organized in the late 1970s by art historian Gérard-Georges Lemaire to celebrate the work of William S. Burroughs and Brion Gysin, who reunited for the event. It featured performances, films, and a rock concert. The illustration by François Lagarde is a photo-collage of Burroughs’s and Gysin’s heads superimposed on the statues of the two Protestant reformers, John Calvin and Théodore Bèze.