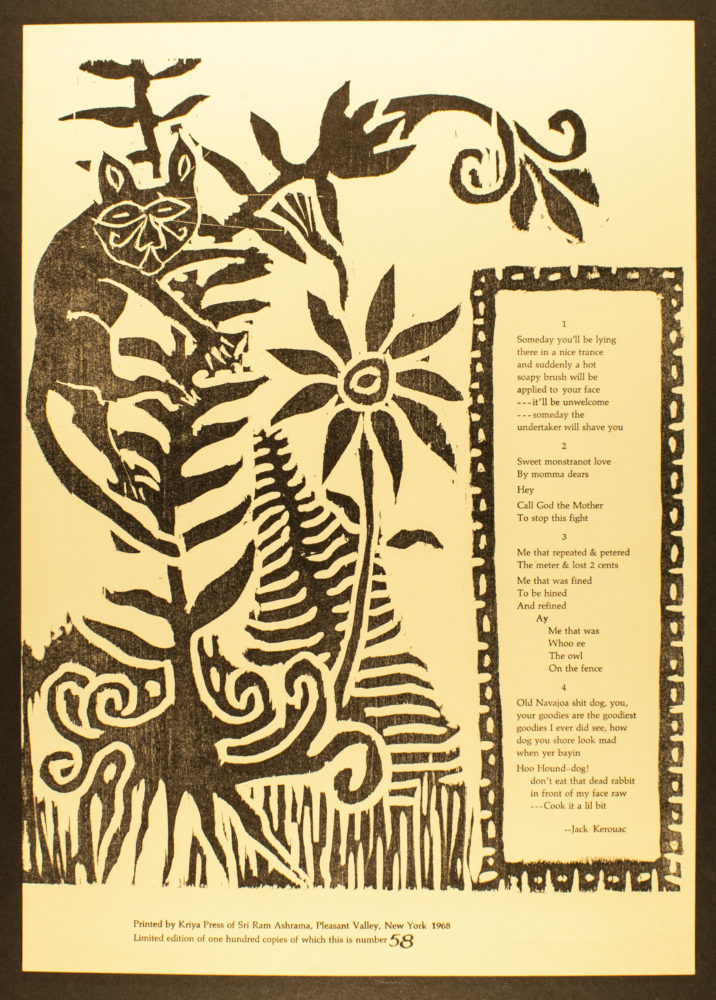 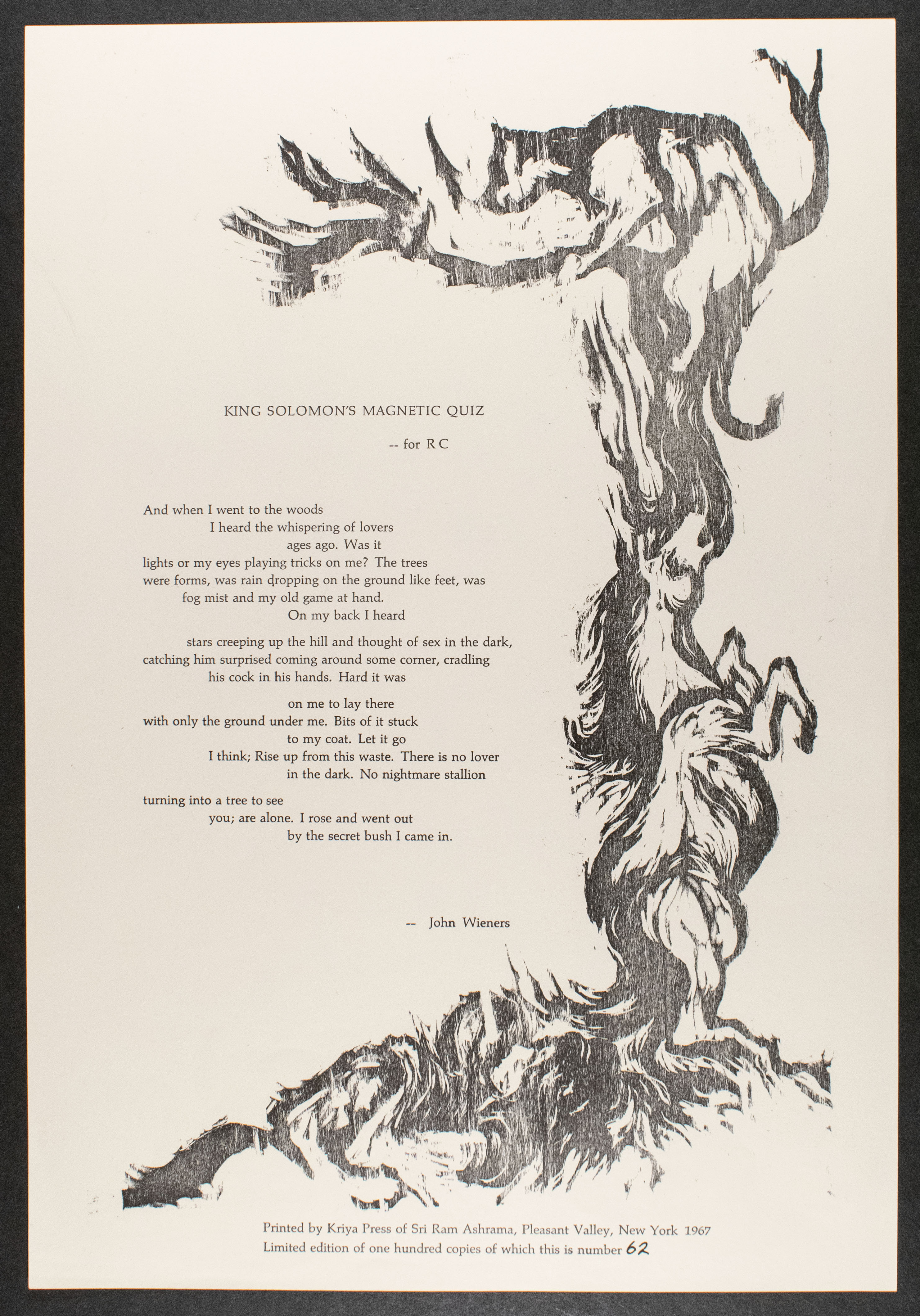 The Kriya Press operated out of the Sri Ram Ashrama, an offshoot of Timothy Leary’s communal complex in Millbrook, New York. Yoga teacher Bill Haines ran the press. Diane di Prima and her husband Alan Marlowe spent several months as part of Leary’s community at the end of 1966 and had an ongoing involvement with the Ashram’s printing press. Produced in a communal situation by uncredited artists and printers and featuring some of the major Beat authors, the series of limited-edition poetry broadsides made in 1967 was intended at least in part to raise money for the ashram.