Richard Brautigan and The Diggers 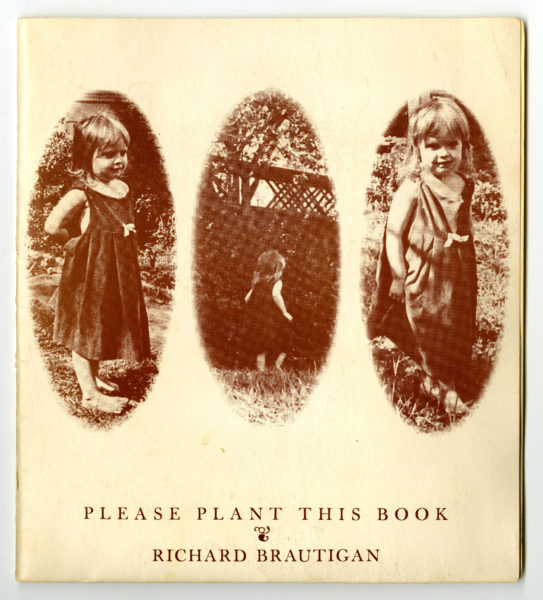 Richard Brautigan, a poet in San Francisco, achieved countercultural fame with his 1967 experimental novel, Trout-Fishing in America. At the time, he was affiliated with the Diggers, an activist group that turned Beat aesthetics into a political philosophy. They advocated for free commodities, including food, clothing, and cultural products.

Please Plant This Book—poems printed on seed packets—was designed as a fine limited edition but was to be given away for free. It dramatized the desire to extend art into life and highlighted the core act of agrarian culture (planting seeds) just as a new phase of back-to the land sensibility was opening up in 1968. 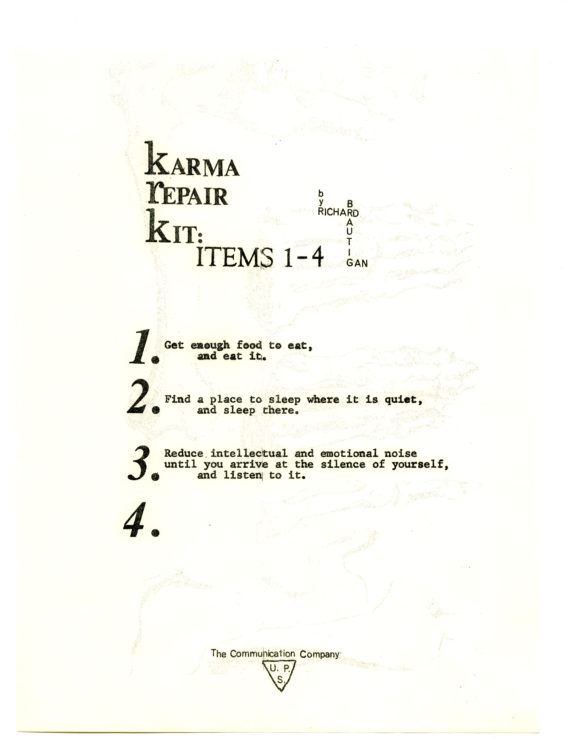 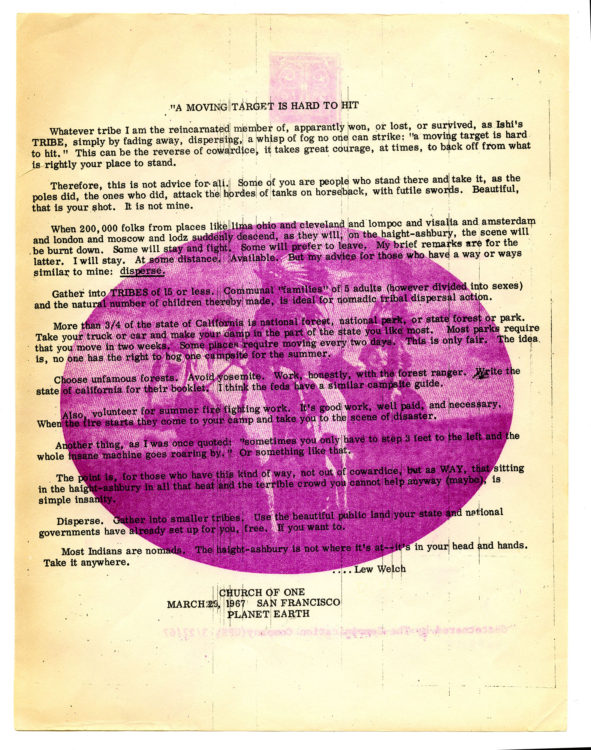 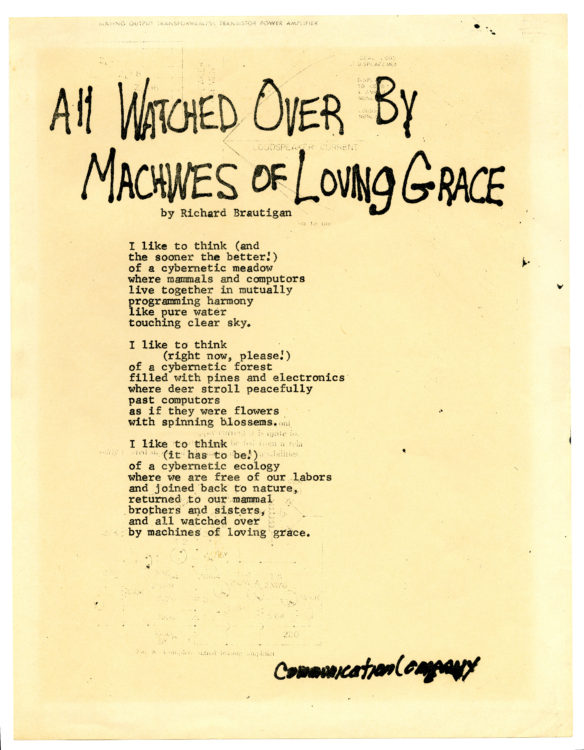 Richard Brautigan
All Watched Over by Machines of Loving Grace, 1967 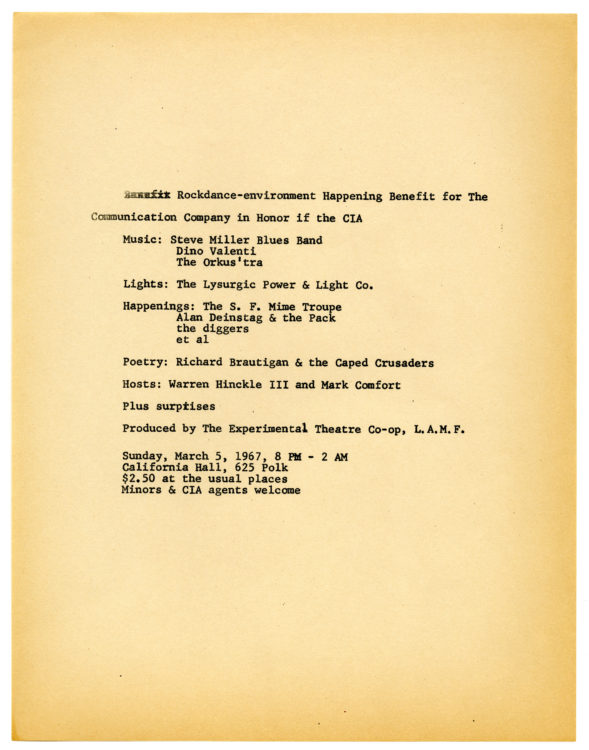 Rockdance-environment Happening Benefit for the Communication Company in Honor of the CIA, 1967 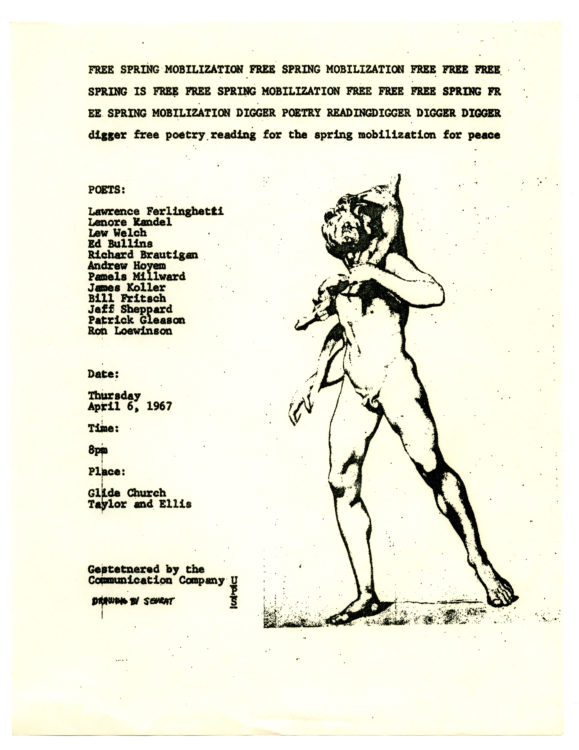 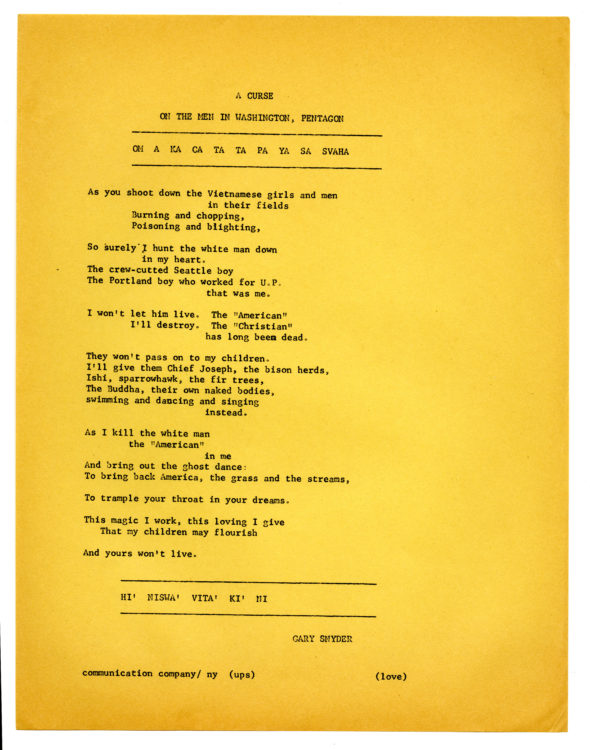 Gary Snyder
A Curse on the Men in Washington, Pentagon, 1967
These broadsides were produced by the Communication Company or ComCo, the “publishing arm of the Diggers.” ComCo was started by Chester Anderson, a Beat poet who moved to San Francisco’s Haight-Ashbury district in the months leading up to the “Summer of Love” in 1967. The New York branch of the Diggers similarly had a Communication Company publishing outfit. Using a pair of mimeograph machines, the Diggers produced hundreds of poetry broadsides and “street sheets” announcing various happenings as well as proclaiming political and philosophical positions. These ephemeral documents were meant to be given away freely on the street. Today they have a historical value matched only by their scarcity.