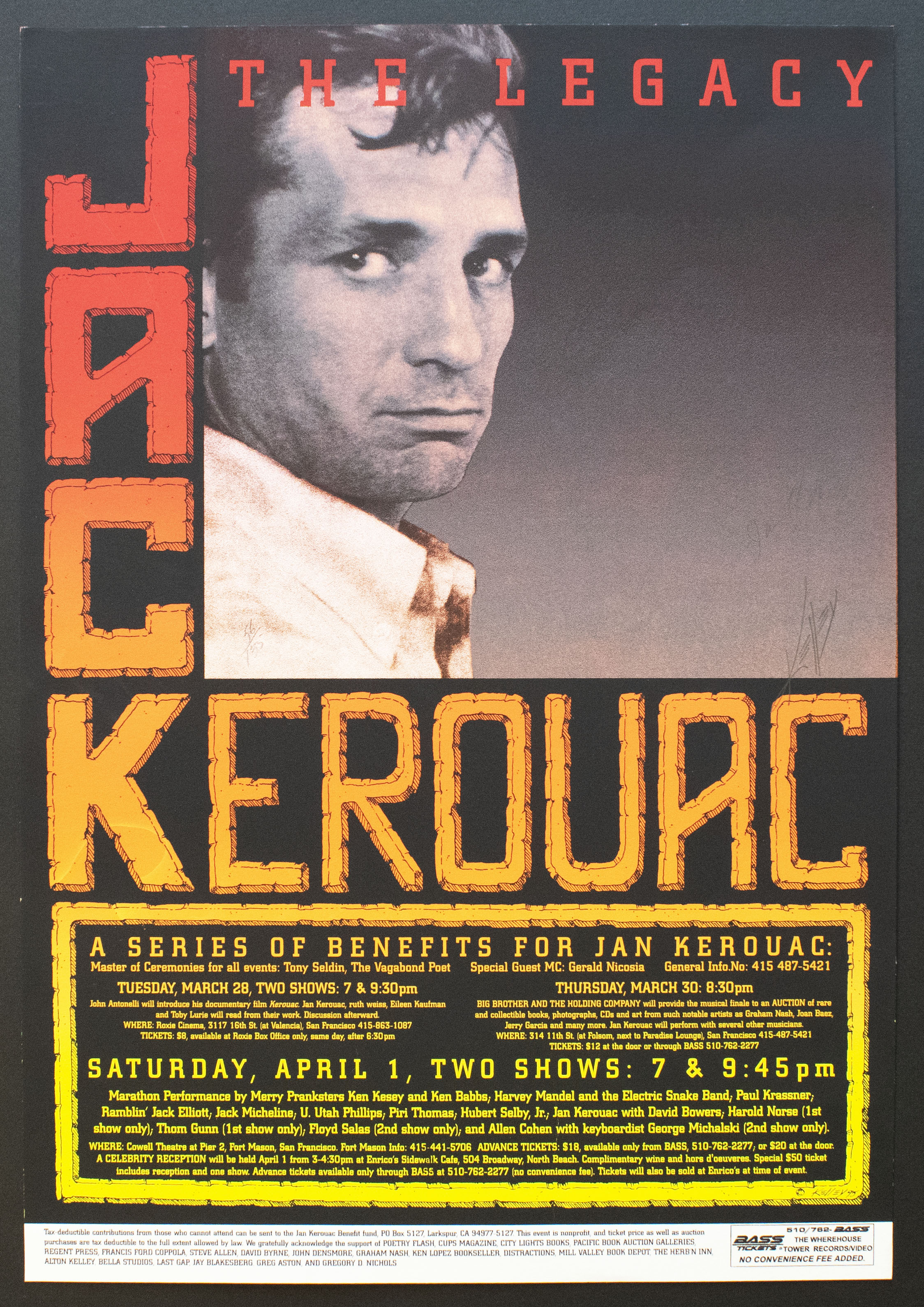 Jack Kerouac’s belatedly-acknowledged daughter, Jan became a writer and befriended many of the living Beats in the years after Kerouac’s death in 1969. This poster was produced for a 1995 benefit to help raise money for her medical expenses (she died the following year of kidney failure at age 44).

The artist, Alton Kelley, had been one of the original psychedelic poster artists in San Francisco. He is credited with designing the famous skeleton and roses motif for the Grateful Dead and here looks back to the figure of Kerouac, who had been such an inspiration to the counterculture. 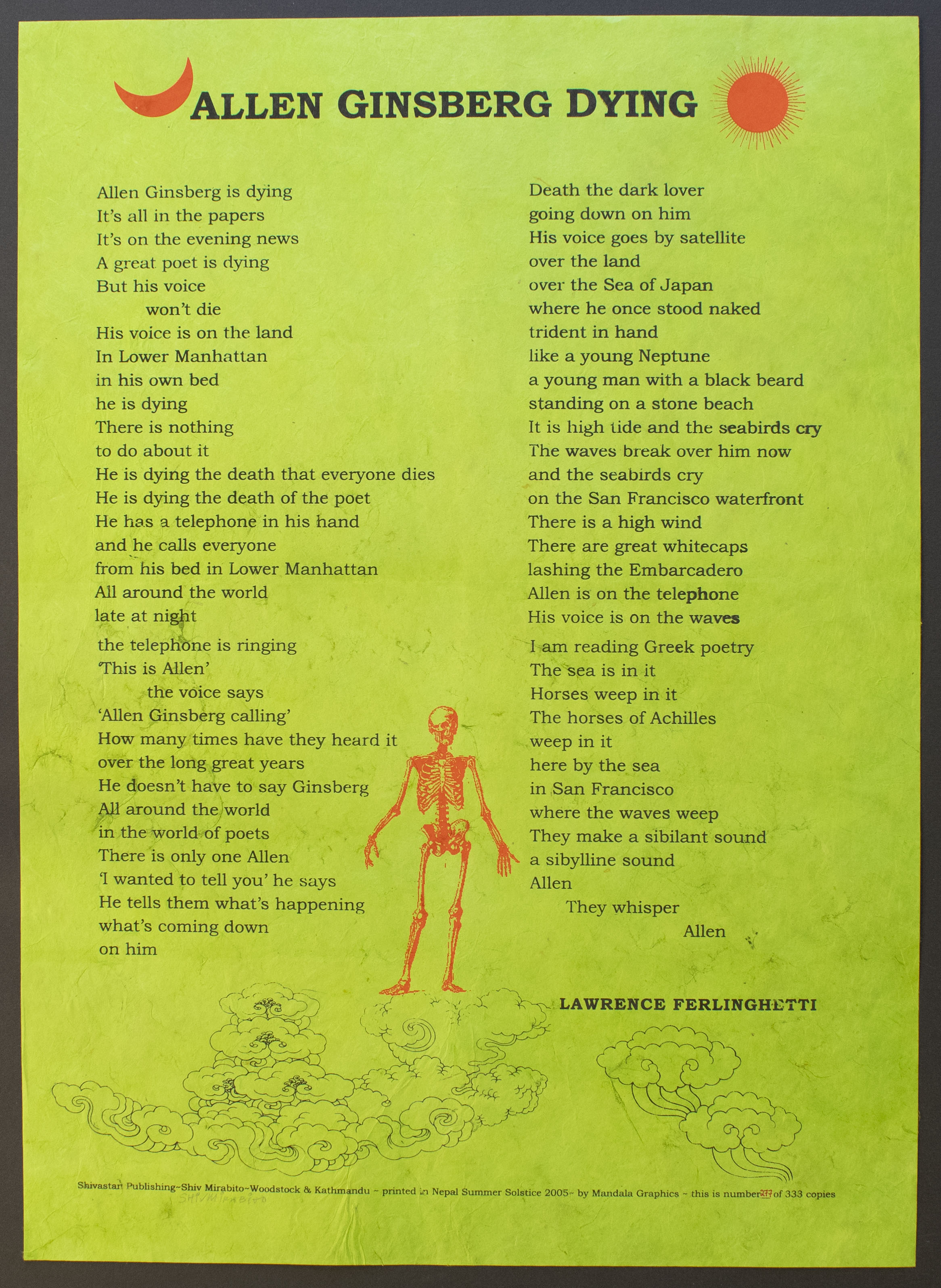 Lawrence Ferlinghetti published this poem in San Francisco newspapers upon Ginsberg’s death in 1997 at the age of 70. Here it is the basis for a broadside by Shivastan Publishing, which today continues the tradition of Bardo Matrix in Nepal, using traditional techniques and papers to produce Beat-inspired works. 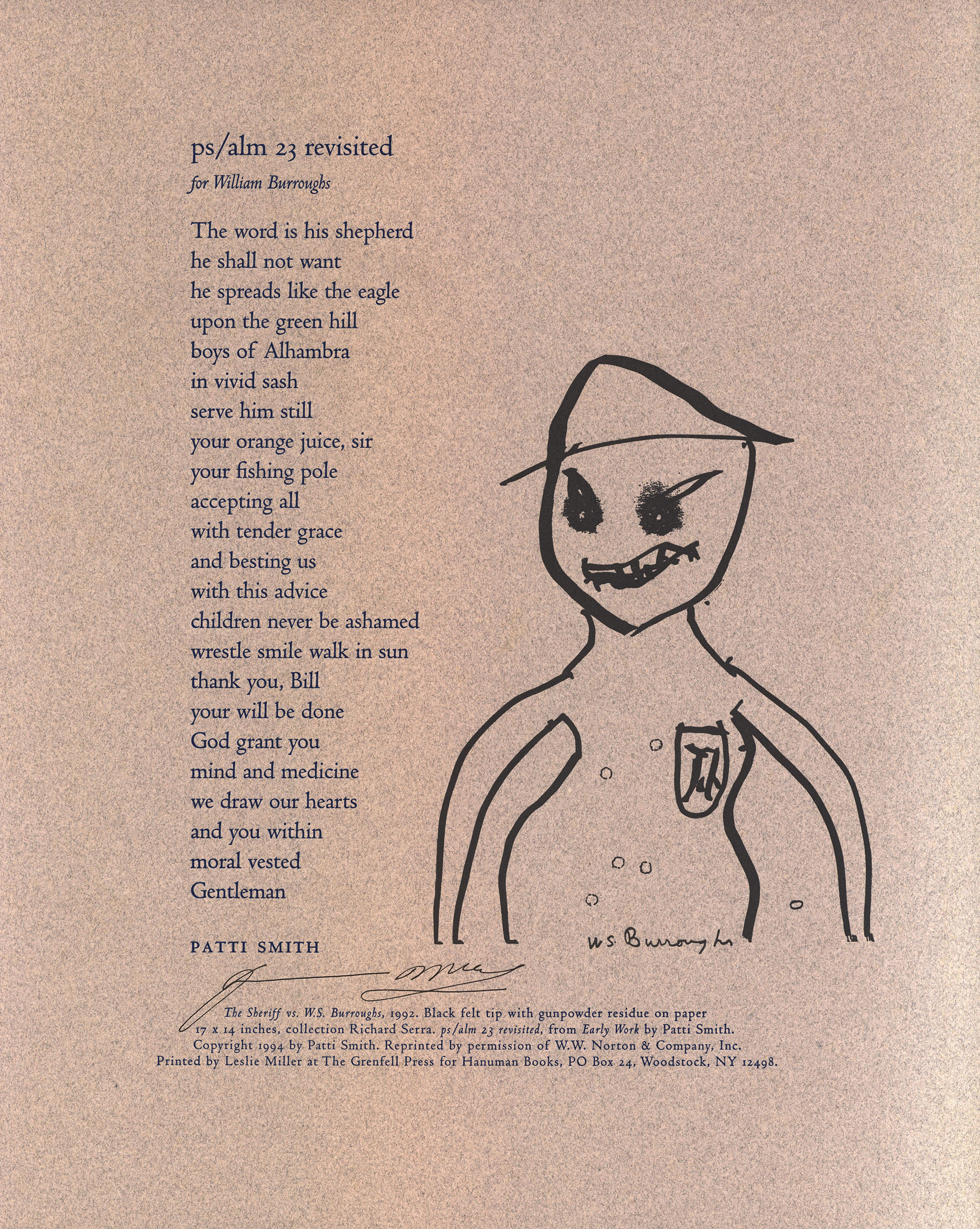 This illustration was made from a drawing titled The Sheriff vs. W.S. Burroughs and was combined with Patti Smith’s poem using a letterpress process by printer Leslie Miller. William S. Burroughs originally created the drawing in 1992 using black felt tip marker and gunpowder residue.

Known as the “Godmother of Punk Rock,” Patti Smith was a part of the St. Marks Poetry Project before launching her career as a punk songwriter and singer in the mid-1970s. Smith drew inspiration from Beat poetry and was close to a number of Beats, becoming longtime friends with Allen Ginsberg, William S. Burroughs, and Gregory Corso. When Burroughs was in his sixties he attended a performance of the Patti Smith Group at the legendary CBGB music club. Smith first met Ginsberg in 1969, when she was 22 and unknown. He offered to help her when she found herself short of change in a downtown automat. In 1980 Smith married MC5 guitarist Fred “Sonic” Smith, moved to Detroit, and devoted herself to family. After her husband’s death in 1994, Ginsberg persuaded her to return to performing. She sat with Ginsberg as he died, in 1997, and did the same for Corso years later, writing his obituary for the Village Voice in 2001. 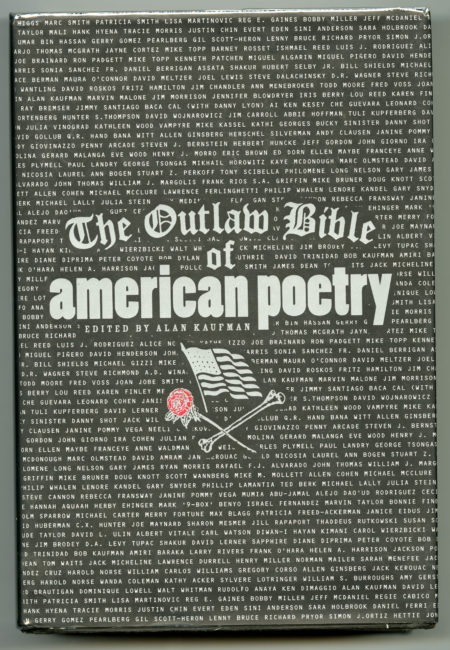 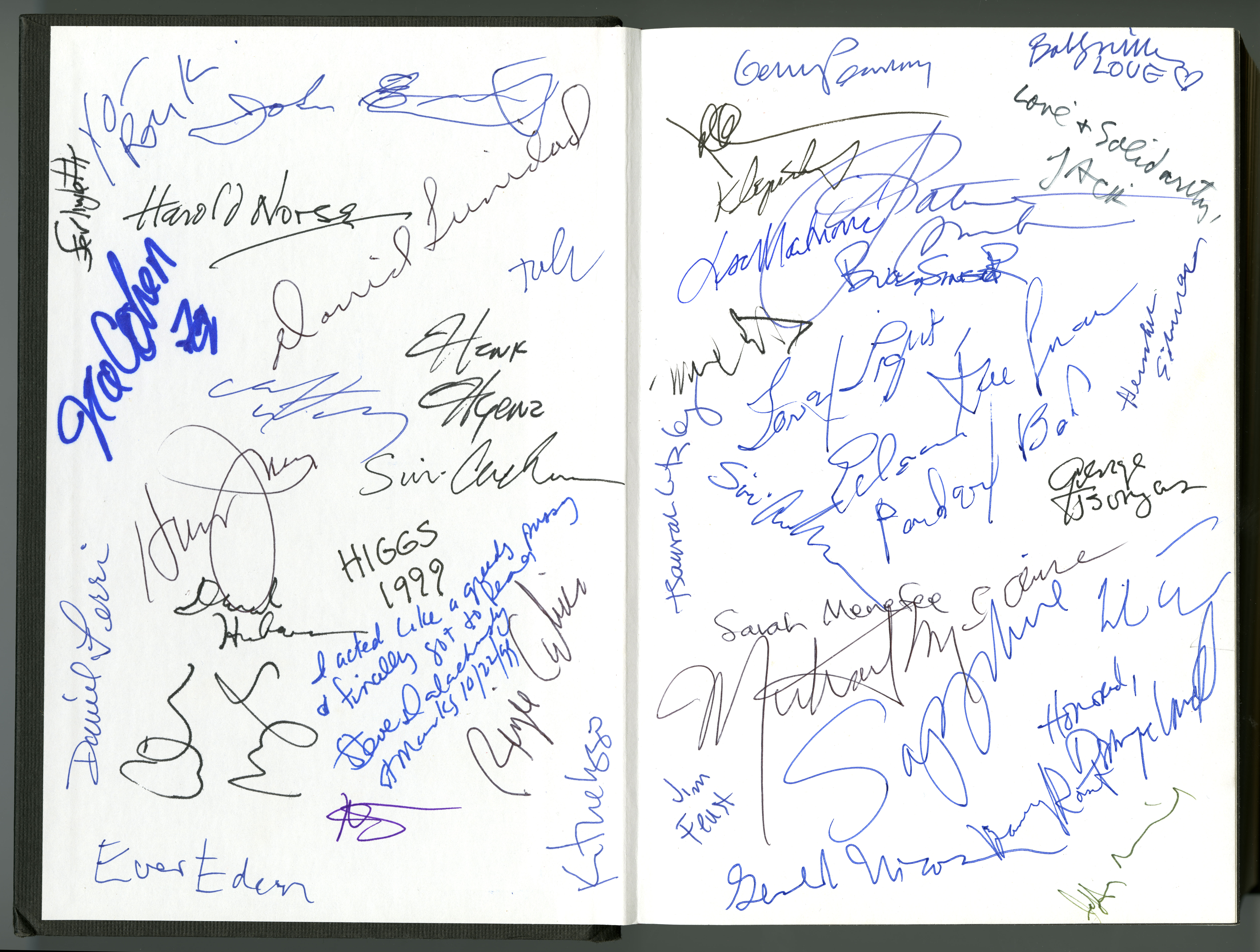 The American Academy of Poets called this volume a “raucous gathering of Beat poets, spoken word artists, slam poets, and other revolutionaries.” Featuring virtually all of the Beats along with the rock poets Bob Dylan, Janis Joplin, Jim Morrison, Patti Smith, and Lou Reed, as well as rap artists and slam poets, this collection makes the case for the Beat movement not as a discrete trend but as a living phenomenon. Accordingly the book ends with a 19th-century selection, but one that decidedly looks to the future. Walt Whitman’s Poets to Come suggests that the true meaning of a poet’s work can be evaluated by what successive generations do to justify and realize the work that has come before them.