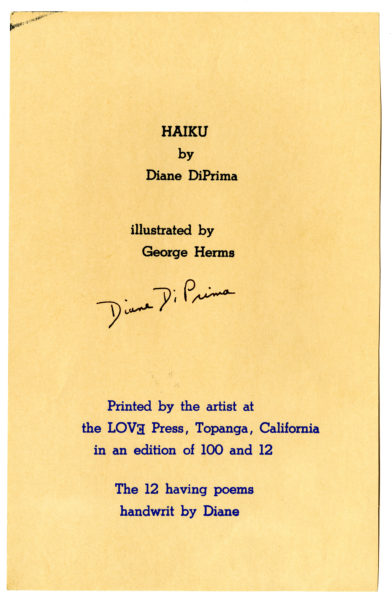 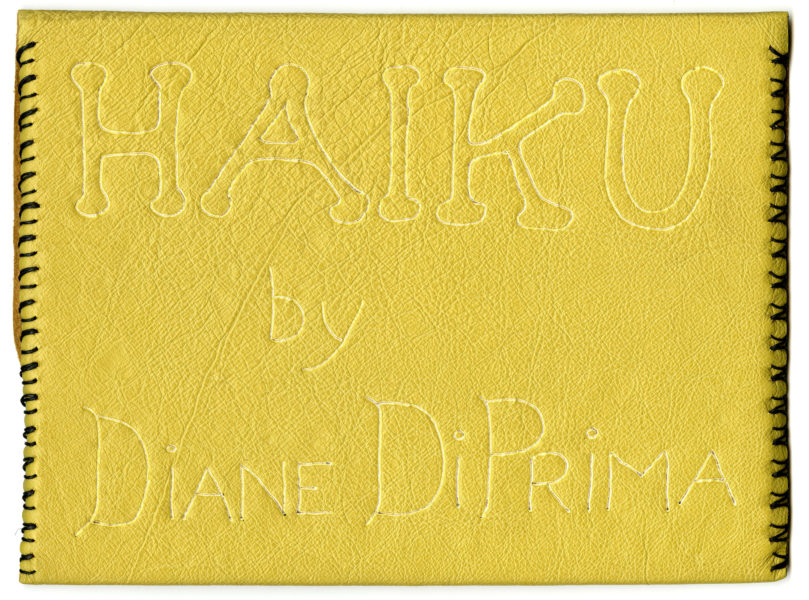 Highly esteemed as a sculptor specializing in assemblage works made of found items, George Herms also collaborated with Beat poets, notably Diane di Prima and Michael McClure, on a number of publications. His LOVE Press, operated from his studio in Topanga Canyon, California and featured hand-printed works with a low-tech, funky feel. 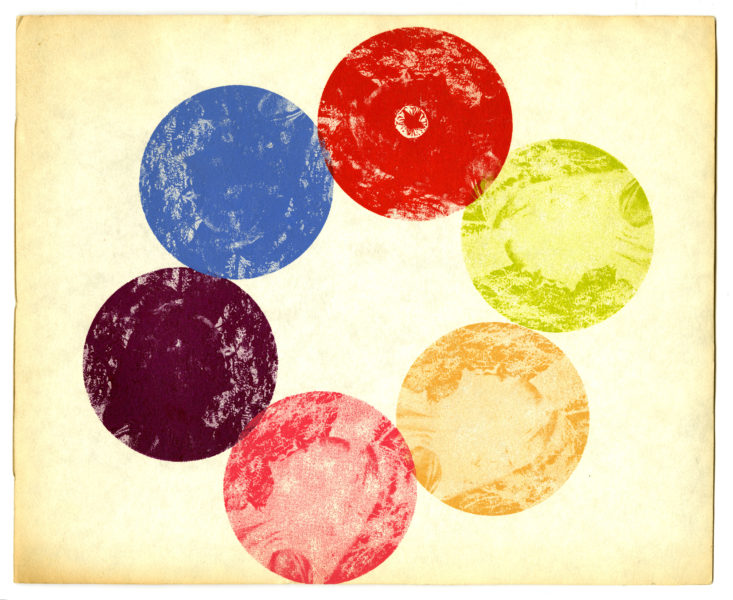 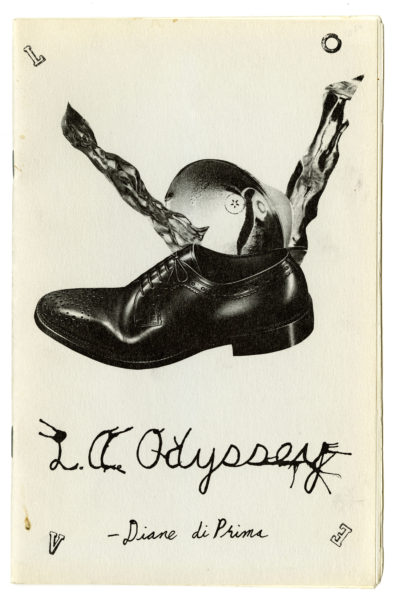 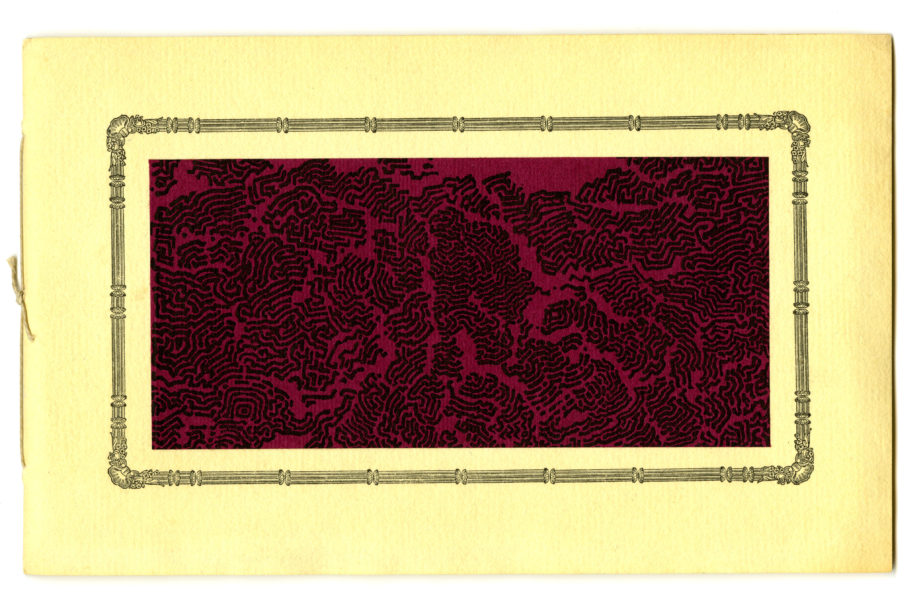 An assemblage artist and filmmaker, Bruce Conner began making his “hallucinograms” under the influence of hallucinogenic drugs. Frequently exploring the form of the mandala, the hallucinograms offer a way for viewers to lose themselves in the seemingly endless maze-like intricate patterns made with an ink-cartridge pen. 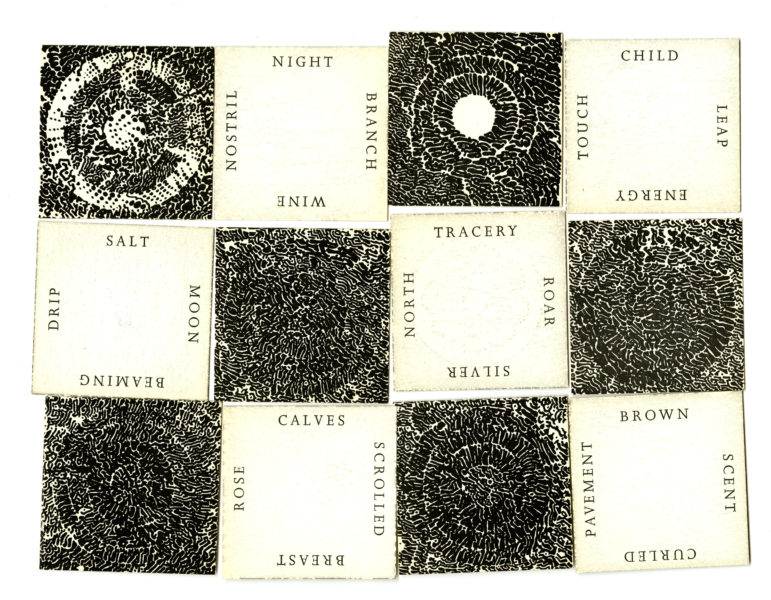 In a series of related projects artist Bruce Conner paired his mandala designs with Michael McClure’s poetry. This limited edition portfolio of twenty-five printed cards with Conner’s mandalas on one side and McClure’s “word sculptures,” or “variable poems,” on the other is an example of their collaboration. The cards can be rearranged in countless sequences of juxtapositions.