Drugs and the Counterculture

The use of mind-altering substances runs through the history of the Beats, who tried to expand consciousness by using drugs. Many were vocal advocates for the legalization of drug use, and at times victims of addiction. Inspired, in part, by the prominence of marijuana in 1940s jazz culture, the Beats went on to explore psychoactive plants such as peyote and newly introduced synthetic compounds such as LSD. Allen Ginsberg was an early experimenter with hallucinogenic drugs in the 1950s. He later became friendly with Timothy Leary and Ken Kesey, connecting the Beats with the “turned-on” psychedelic youth culture of the 1960s. William S. Burroughs struggled with a longtime heroin addiction that became the subject of much of his writing; he also dispassionately explored the short- and long-term effects of a vast range of drugs. 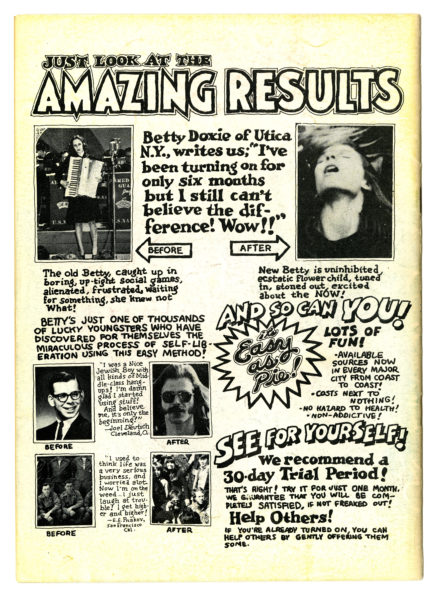 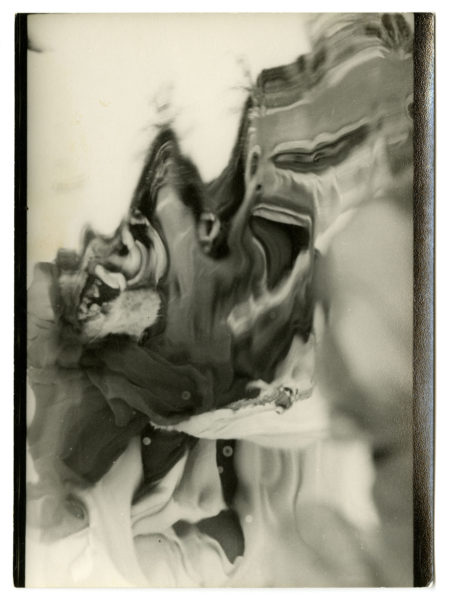 In the mid-1960s, Beat poet and artist Ira Cohen began making photographs in his “Mylar chamber,” a New York studio lined with the synthetic DuPont material. Reflecting phantasmagorical imagery rather than everyday reality, Cohen’s Mylar images depicted an abstract trance state associated with psychedelic culture. At the end of the 1960s, Life magazine declared of Cohen and his enigmatic photographs, “few came as close to explaining the euphoric distortions of hallucinogenics.” 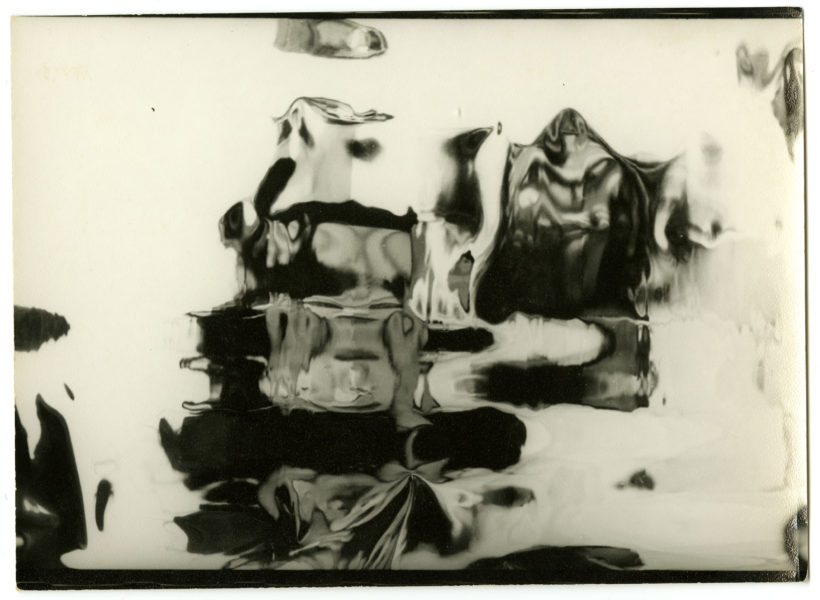 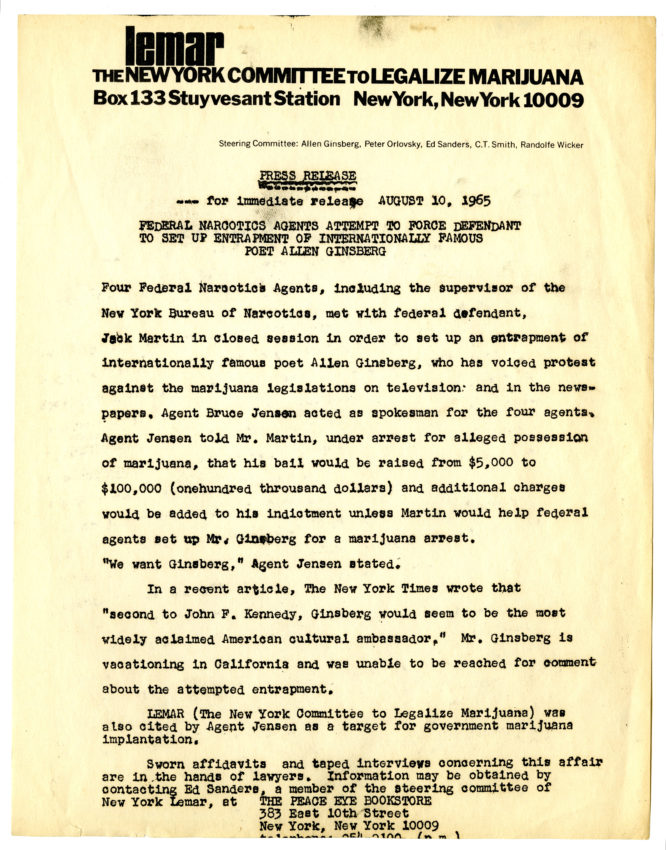 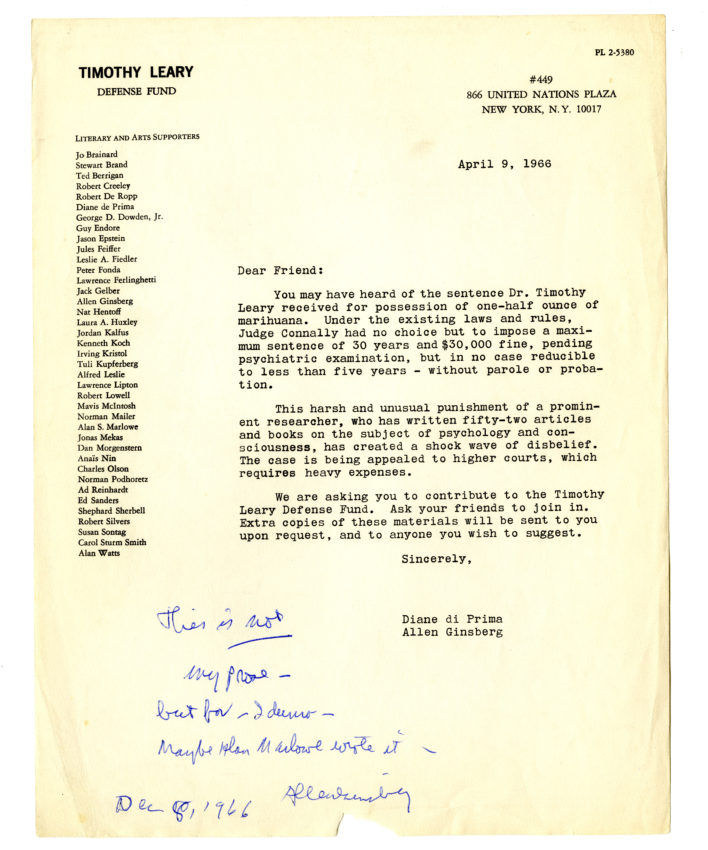 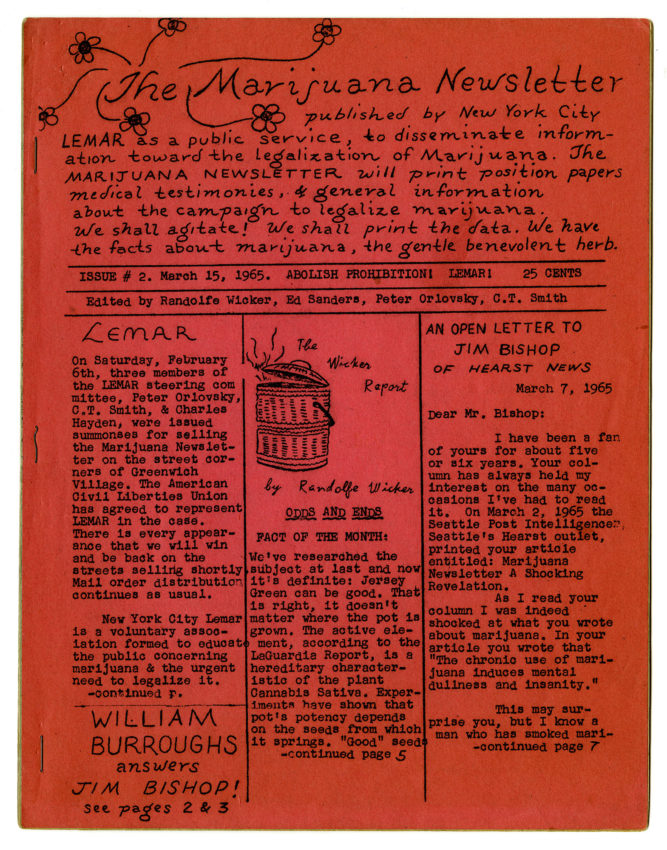 The Marijuana Newsletter, no. 2, 1965
Published by LEMAR (The New York Committee to LEgalize MARijuana) 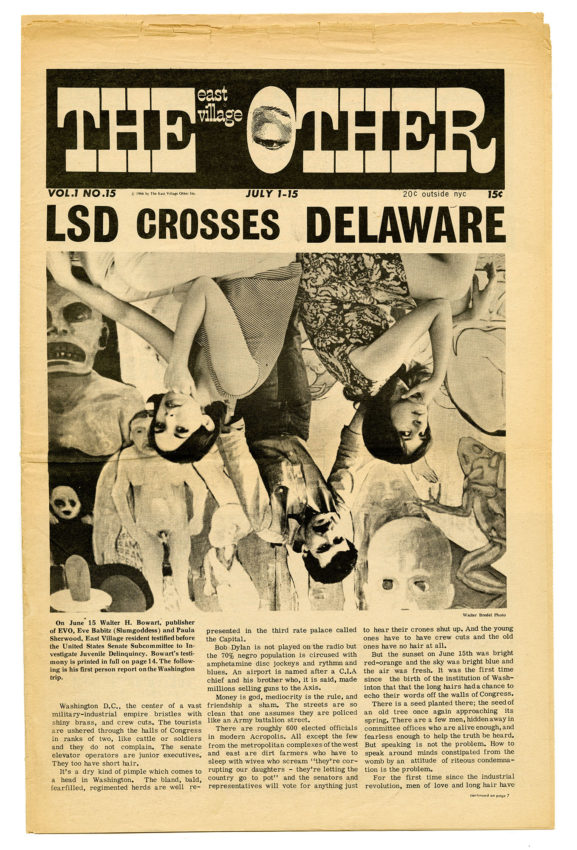 This punning headline refers to the trip taken from New York to Washington by a group of staffers from the underground paper the East Village Other to testify at Congressional Hearings on regulating LSD, which was not yet banned federally. The article describes the testimony of Allen Ginsberg, by then somewhat of a celebrity, who hoped to use his fame to persuade the senators not to regulate what he called “personal experience.” By all accounts there was much commentary on Ginsberg’s beard, a rare sight in the halls of the Senate in the mid-1960s. 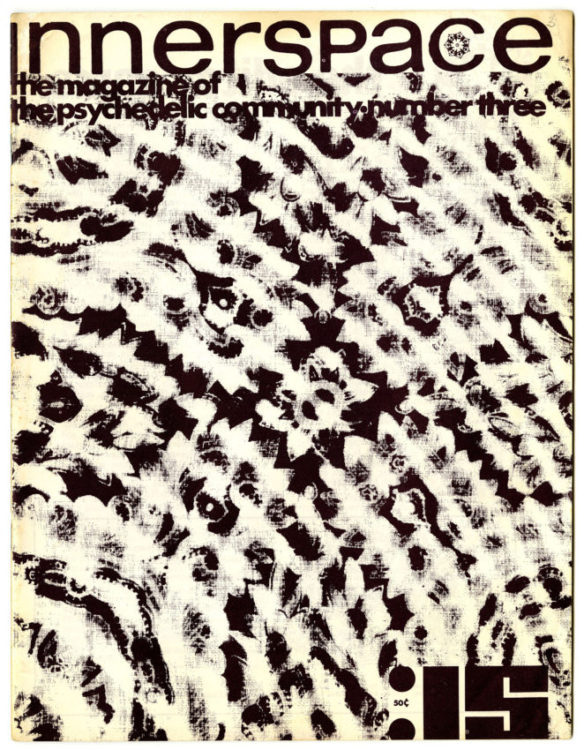 Innerspace: The Magazine of the Psychedelic Community, no. 3, 1966.
This short-lived magazine was founded as an offshoot of the East Village Other. Innerspace was designed “to serve as a clearing-house for information, and as a forum for the discussion of the use of psychedelics.” This issue features articles on Allen Ginsberg and the Diggers among other topics.