Michael McClure and the Sixties

As a young poet Michael McClure had participated in the 1955 Six Gallery reading where Allen Ginsberg first performed Howl. In the 1960s he was active in the counterculture, forming friendships with Bob Dylan, who gave him an autoharp and encouraged him to perform; Jim Morrison of the Doors, who shared billing at a poetry reading with McClure; and the Hells Angel Freewheelin’ Frank, whose biography McClure wrote. McClure shares songwriting credit for one of Janis Joplin’s last songs, Mercedes Benz.

McClure’s 1965 play The Beard became notorious for its content and for the frequent arrests of its actors on obscenity and public lewdness charges. The play involves outlaw Billy the Kid and 1930s actress Jean Harlow and culminates with a sexual act between them. McClure envisioned the characters as opponents on a boxing poster, with a phonetic rendering of animalistic growls (which McClure called “Beast language”) replacing the text. He proceeded to have a boxing poster printer make the poster and accompanying tickets. Following raids in San Francisco, Oakland, and Los Angeles, The Beard took on legendary status, playing in New York and London and becoming a favorite on college campuses. 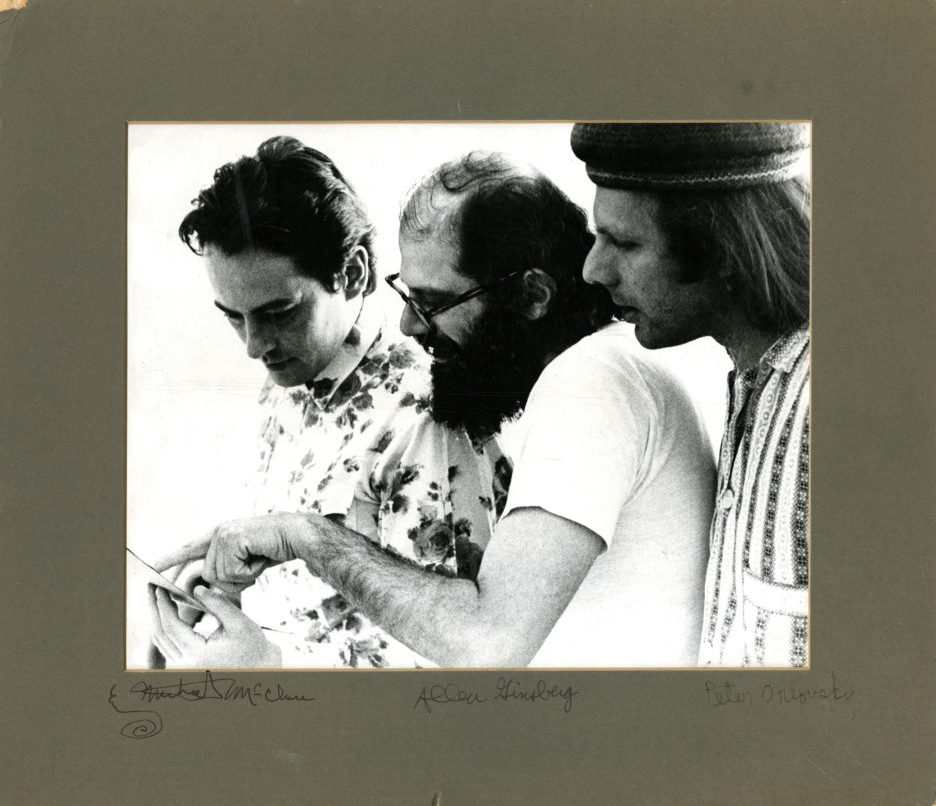 Larry Keenan was a young art student living with his parents in 1965 when one of his professors, the poet and playwright Michael McClure, invited him to come to City Lights Books to photograph “some of his friends.” These friends turned out to be a group of renowned Beat poets along with the 24-year-old Bob Dylan, then in town and visiting Allen Ginsberg. Over the next two years Keenan photographed a wide range of Beats and young counterculture figures at close range, creating an unprecedented archive of that transitional era in San Francisco. 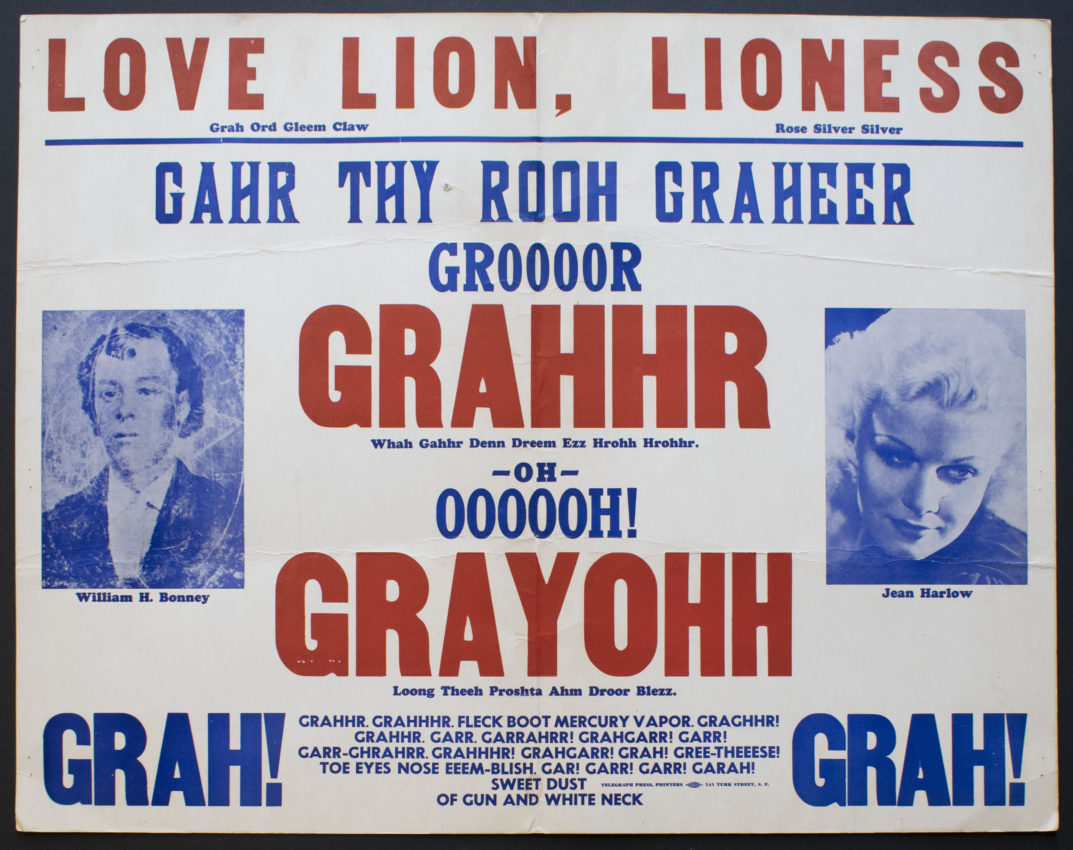 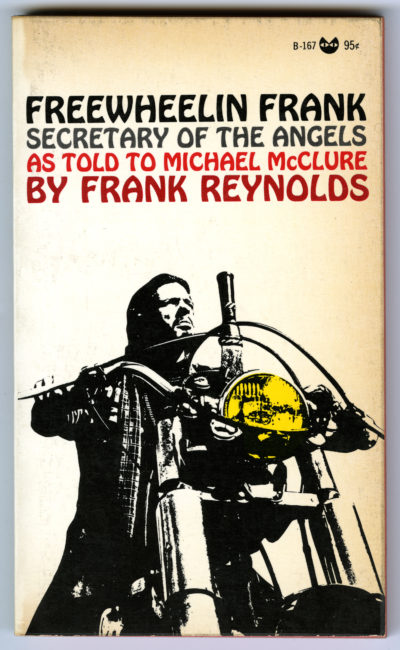 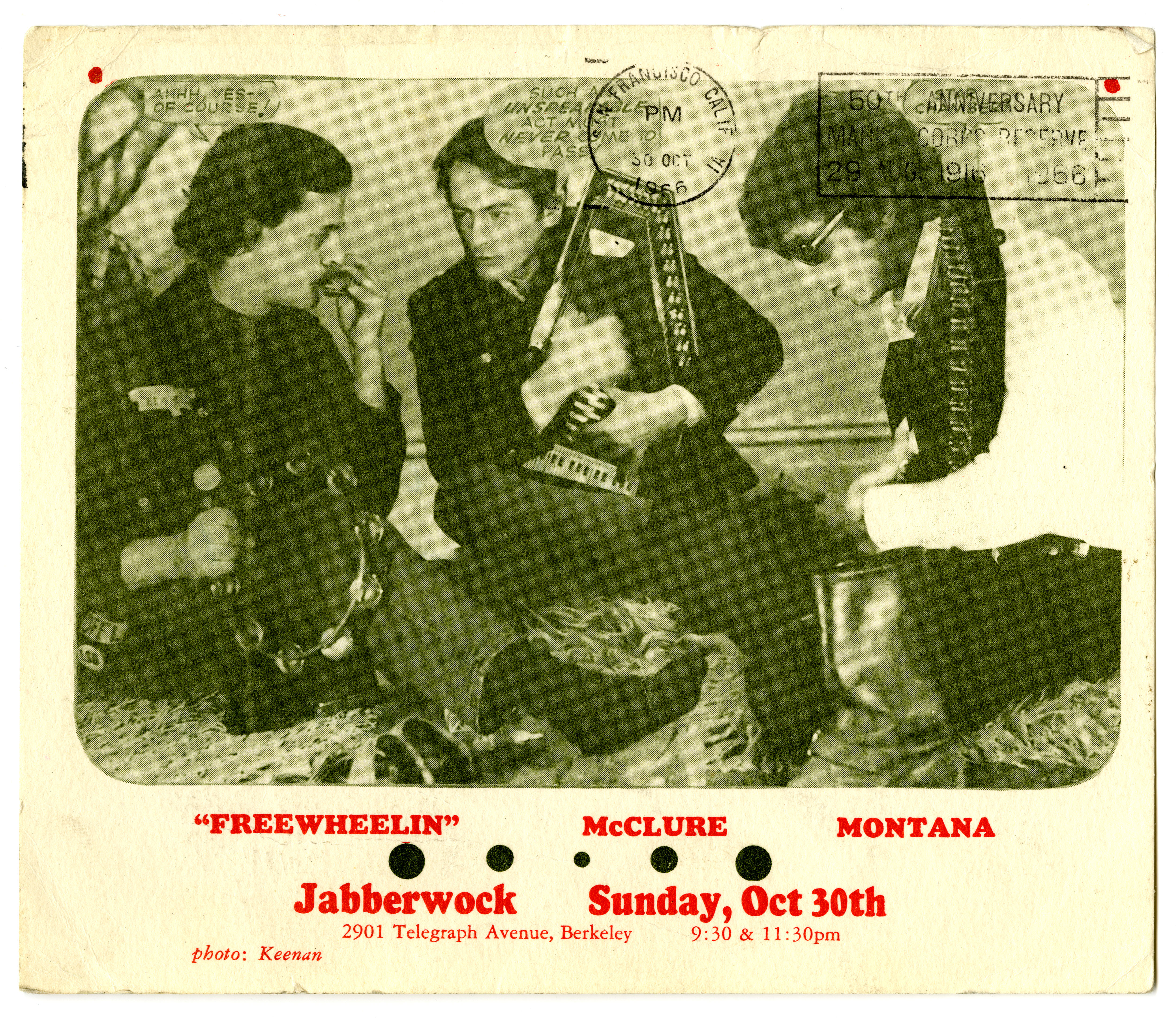 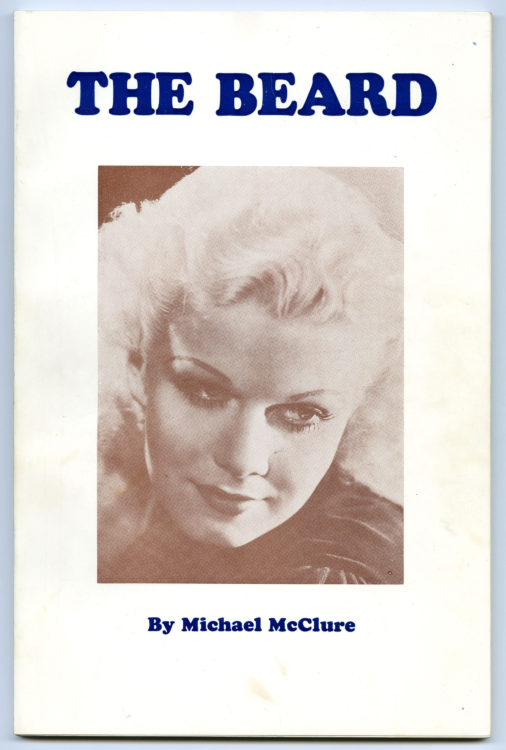 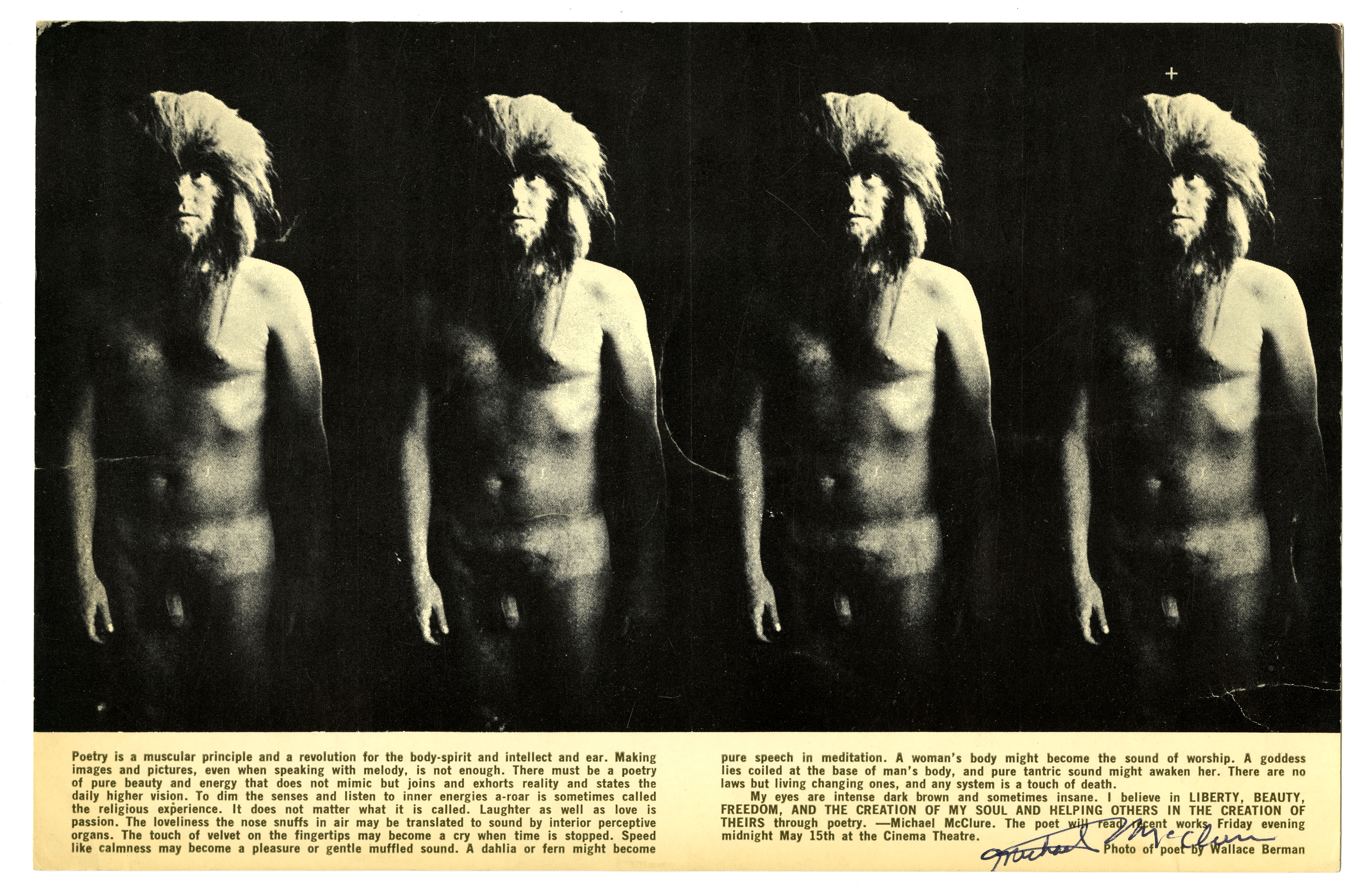 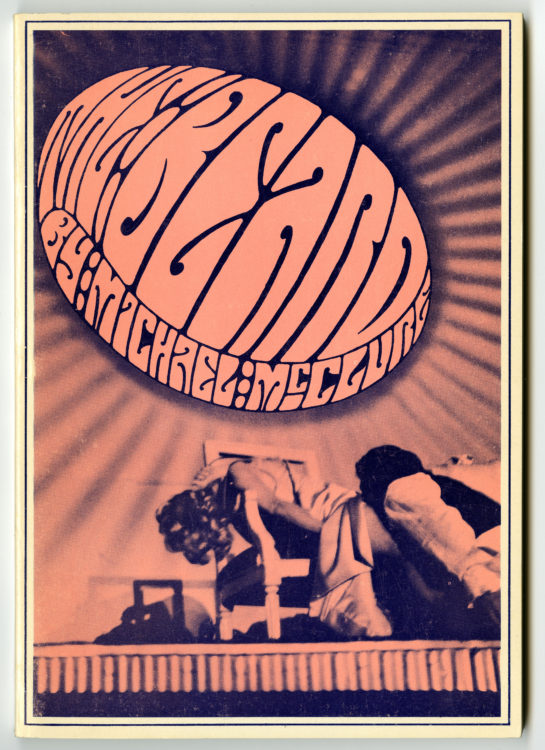 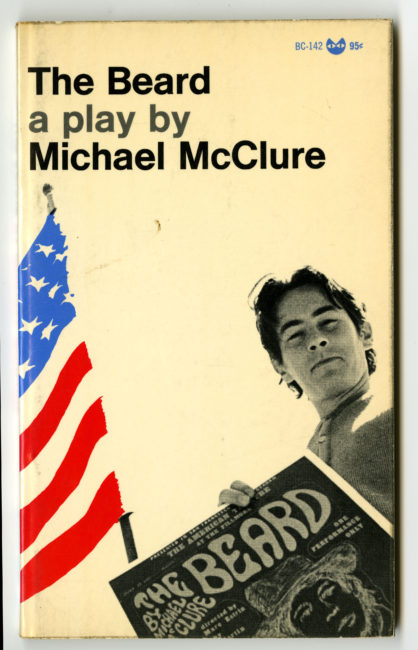 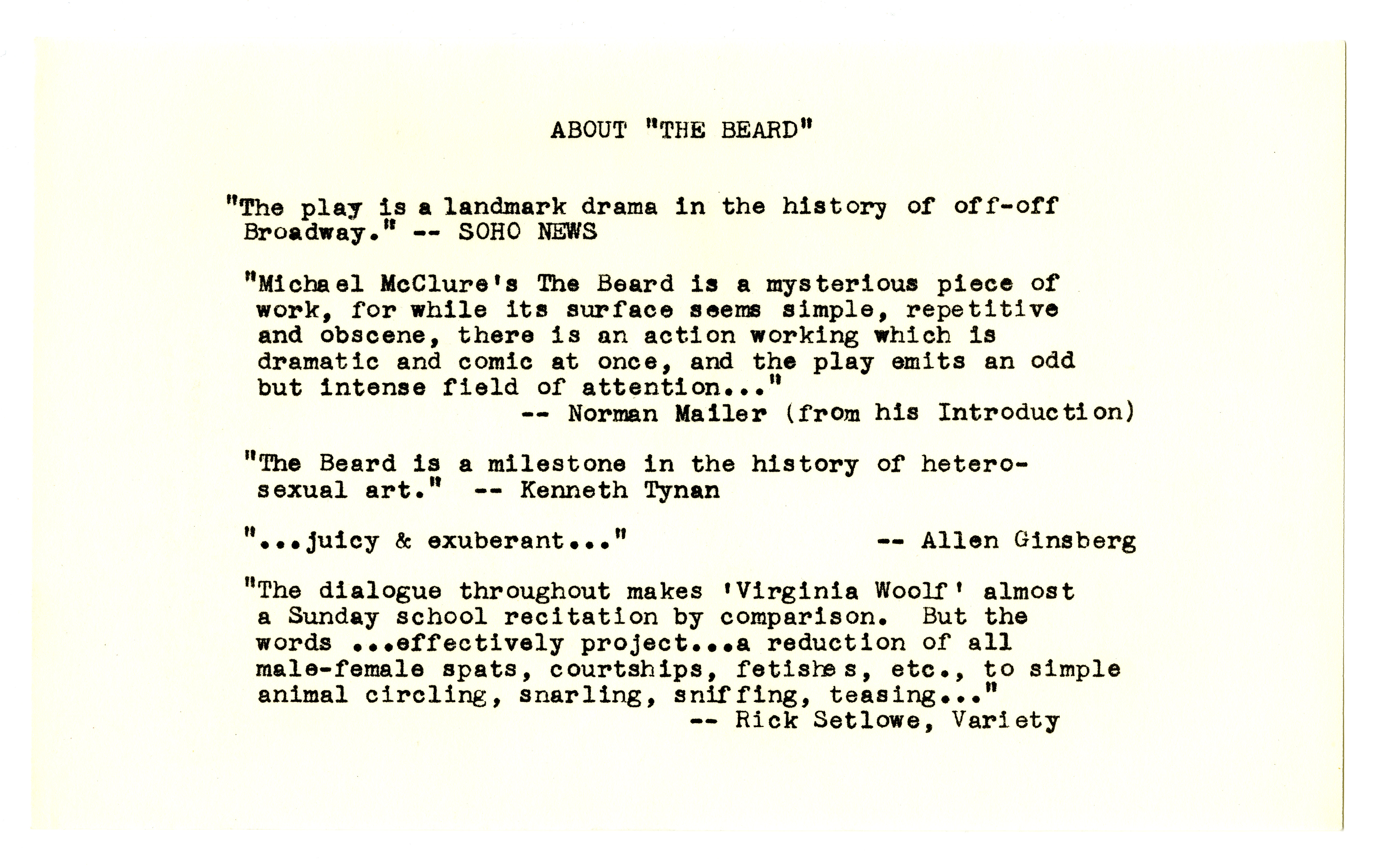 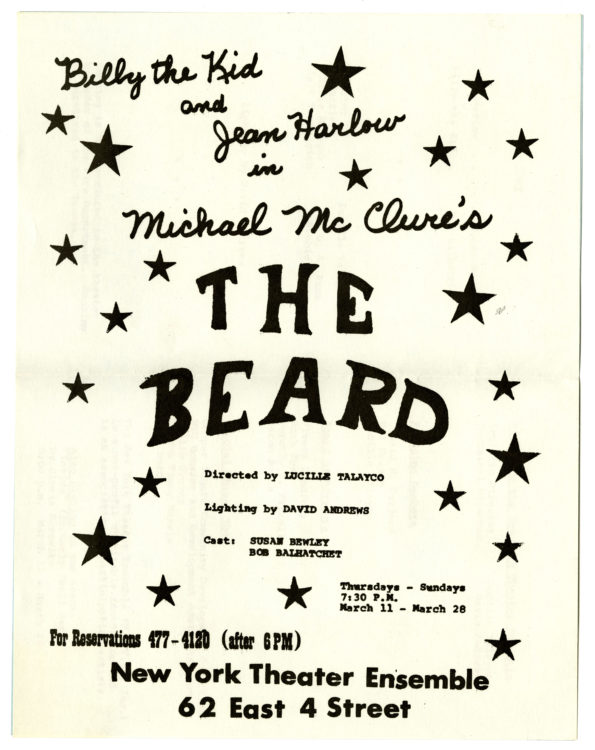 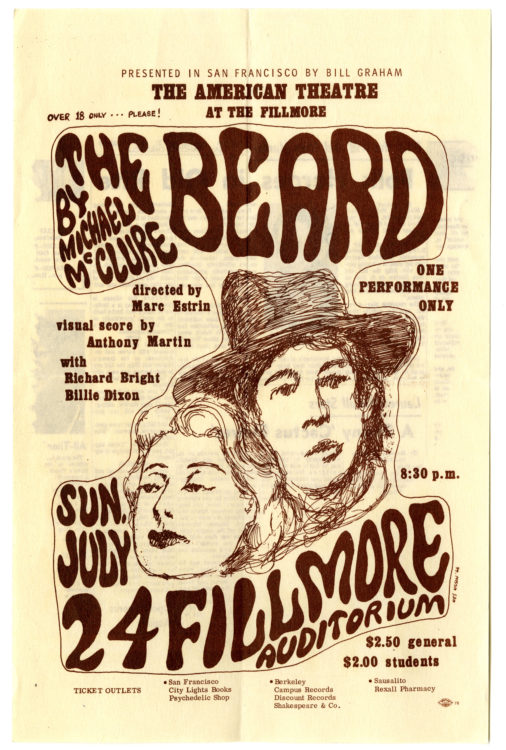 “In all of our memories no one had been so outspoken in poetry before—we had gone beyond a point of no return—and we were ready for it, for a point of no return. None of us wanted to to go back to the gray, chill, militaristic silence, to the intellective void—to the land without poetry—to the spiritual drabness. We wanted to make it new and we wanted to invent it and the process of it as we went into it. We wanted voice and we wanted vision.” 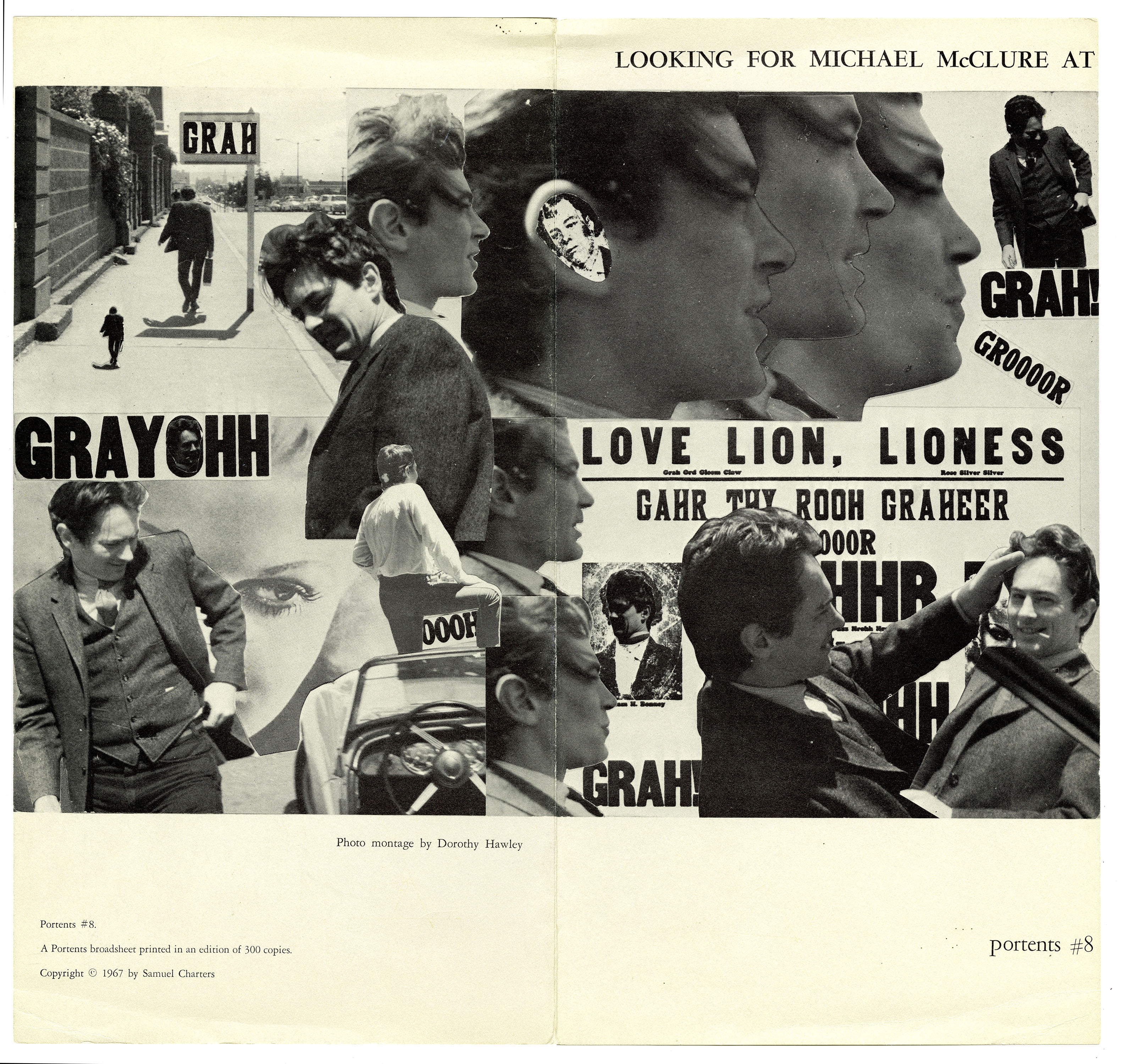