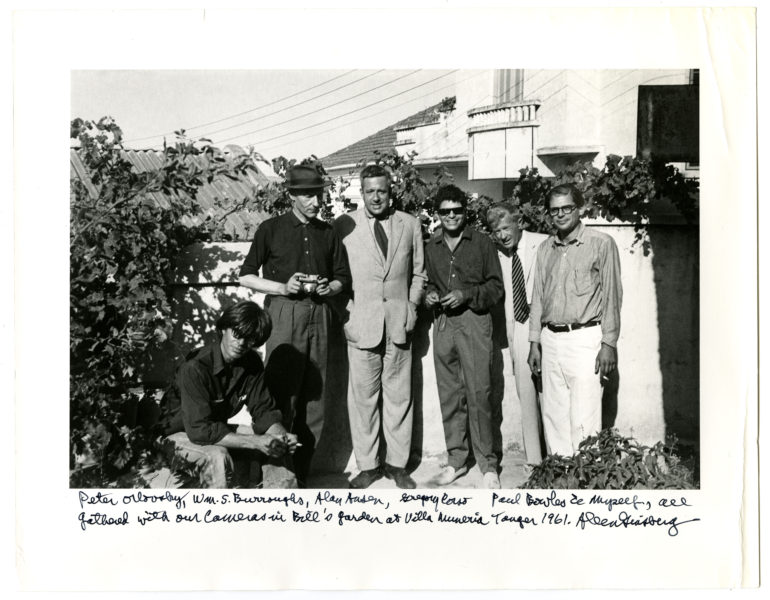 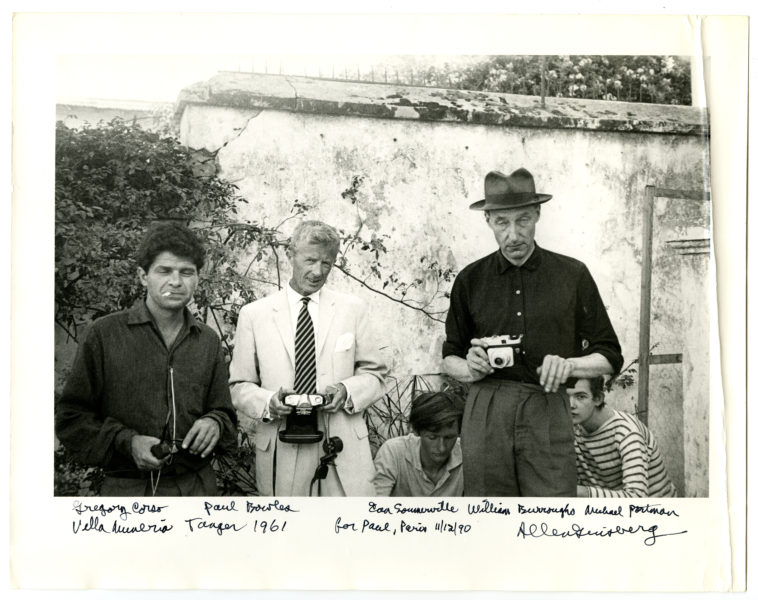 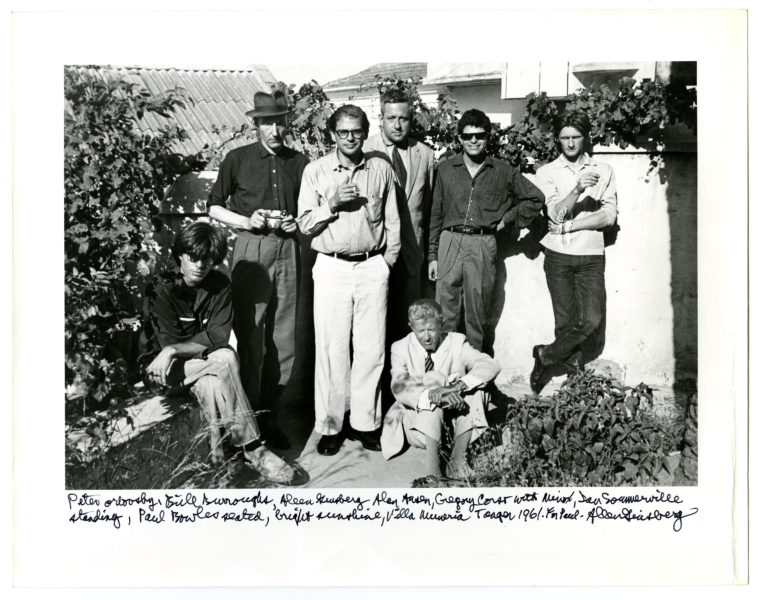 These three photographs chronicle a time that William S. Burroughs later called a “psychedelic summer.” In 1961, Burroughs spent the summer months in Tangier, a Moroccan port city that was popular with artists and expatriates. The photographs were taken in the garden of the Villa Muniria where Burroughs had a room. They document the community of writers and artists with whom Burroughs associated: Ginsberg himself, Ian Sommerville, a British computer programmer who became Burroughs’s companion, Peter Orlovsky, Gregory Corso, writer Paul Bowles, poet Alan Ansen, and a young British student named Michael Portman.

In his inscriptions, Ginsberg calls attention to the men’s cameras, including Corso’s spy camera, the Minox.