Diane di Prima was a young Bohemian and aspiring poet in New York when she met Allen Ginsberg and Jack Kerouac in 1956—the year Howl was published and before On the Road appeared. She became a regular member of the Beat movement as a performer, writer, and as a publisher. She was co-editor of Floating Bear with LeRoi Jones (later Amiri Baraka). Floating Bear was an early instance of the “mimeograph revolution”—the use of inexpensive reproduction techniques to selfpublish literary journals to be given away or sold at a low price in underground shops. While Yugen had been designed to compete with elite literary journals, Floating Bear was intended for a more informal and direct purpose. It shared the newest developments in writing as quickly as possible, without the veneer of respectability. Nonetheless the journal featured a wide range of top-tier literary talent, both Beat authors and New York School poets. In 1961 Jones and di Prima were arrested for obscenity upon the publication, in Floating Bear number 9, of one of William S. Burroughs’s “routines” called "Roosevelt after Inauguration.” With Floating Bear number 27 in 1963 di Prima took over sole editorship, expanding the range and nature of the publication. 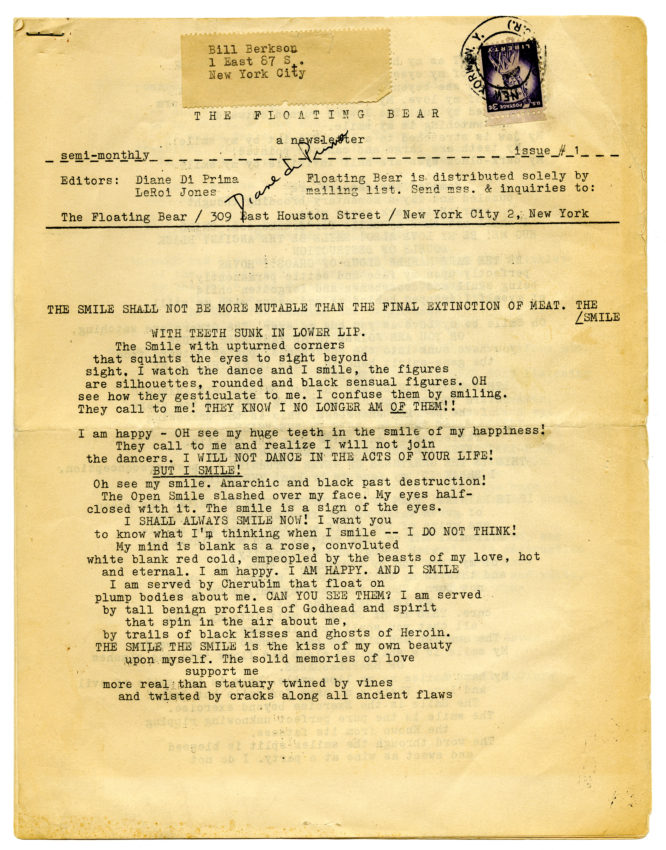 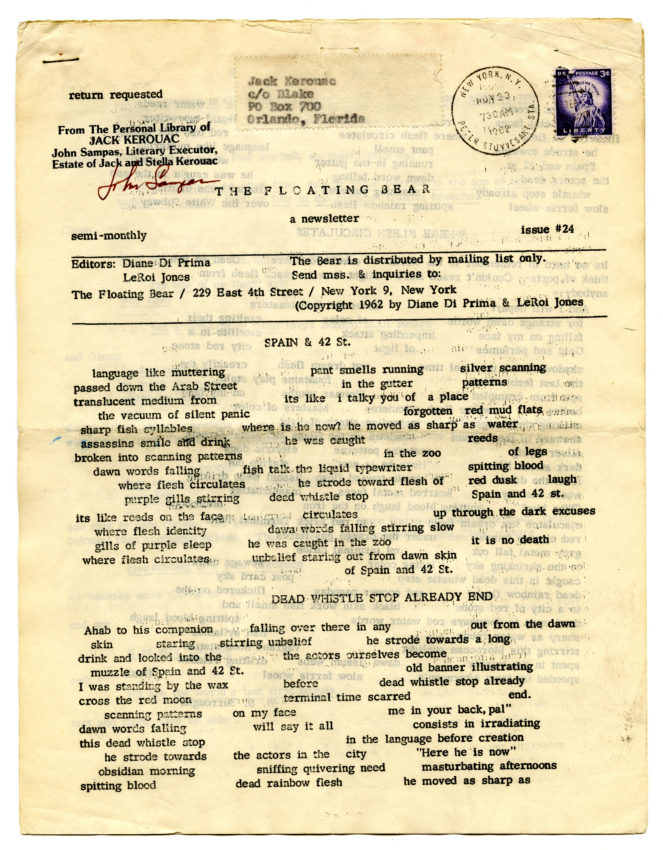 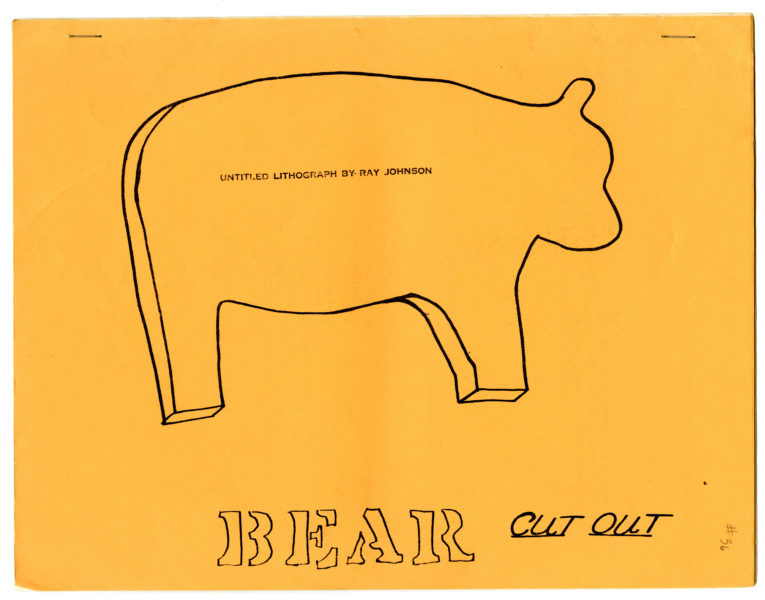 The last two regular issues of Floating Bear, published in 1969, featured unique covers by important artists. Ray Johnson, who had studied at Black Mountain College and was active in the downtown New York underground, saw art in interactive terms, satirizing children’s magazines and commercial culture with his “cut-out” cover for Floating Bear 36. 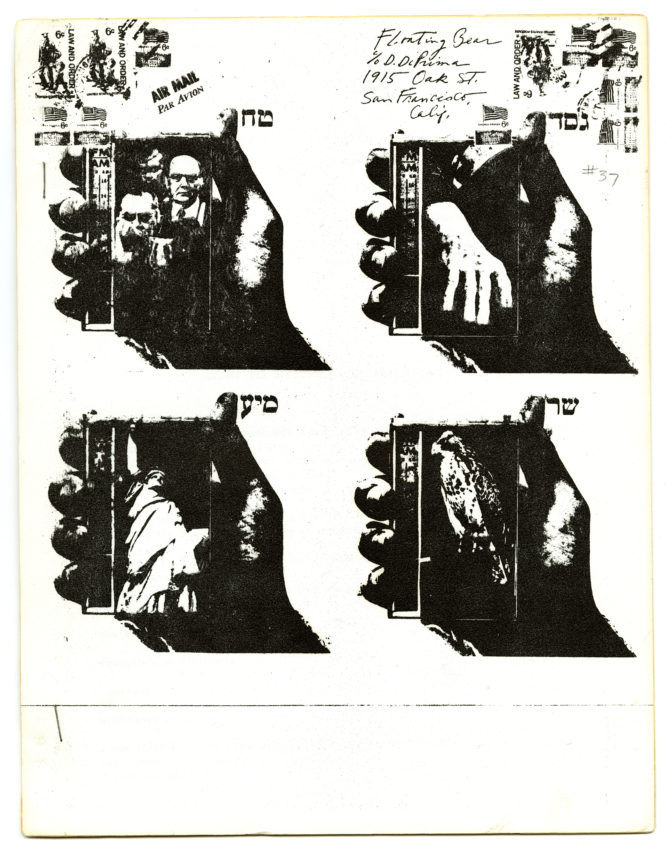 Floating Bear number 37 (March-July 1969)
Cover by Wallace Berman
Wallace Berman was a leader of the West Coast counterculture, best known for his serial images of a handheld transistor radio displaying an assortment of found imagery. His appearance on the cover of Floating Bear 37 marked Diane di Prima’s move to the West Coast.