The term “Nagual Art” refers to the Mesoamerican idea of the nagual—a person with the power to transform and shapeshift into animal forms. For William S. Burroughs the chance techniques used to produce this art offered viewers a “port of entry” into an alternate universe. Like the cut-ups he produced with Brion Gysin, Burroughs’s paintings embrace creative methods that exceed the artist’s control and defy any sense of predictability. As he stated, “He who would invoke the unpredictable must cultivate accidents and randomness.” 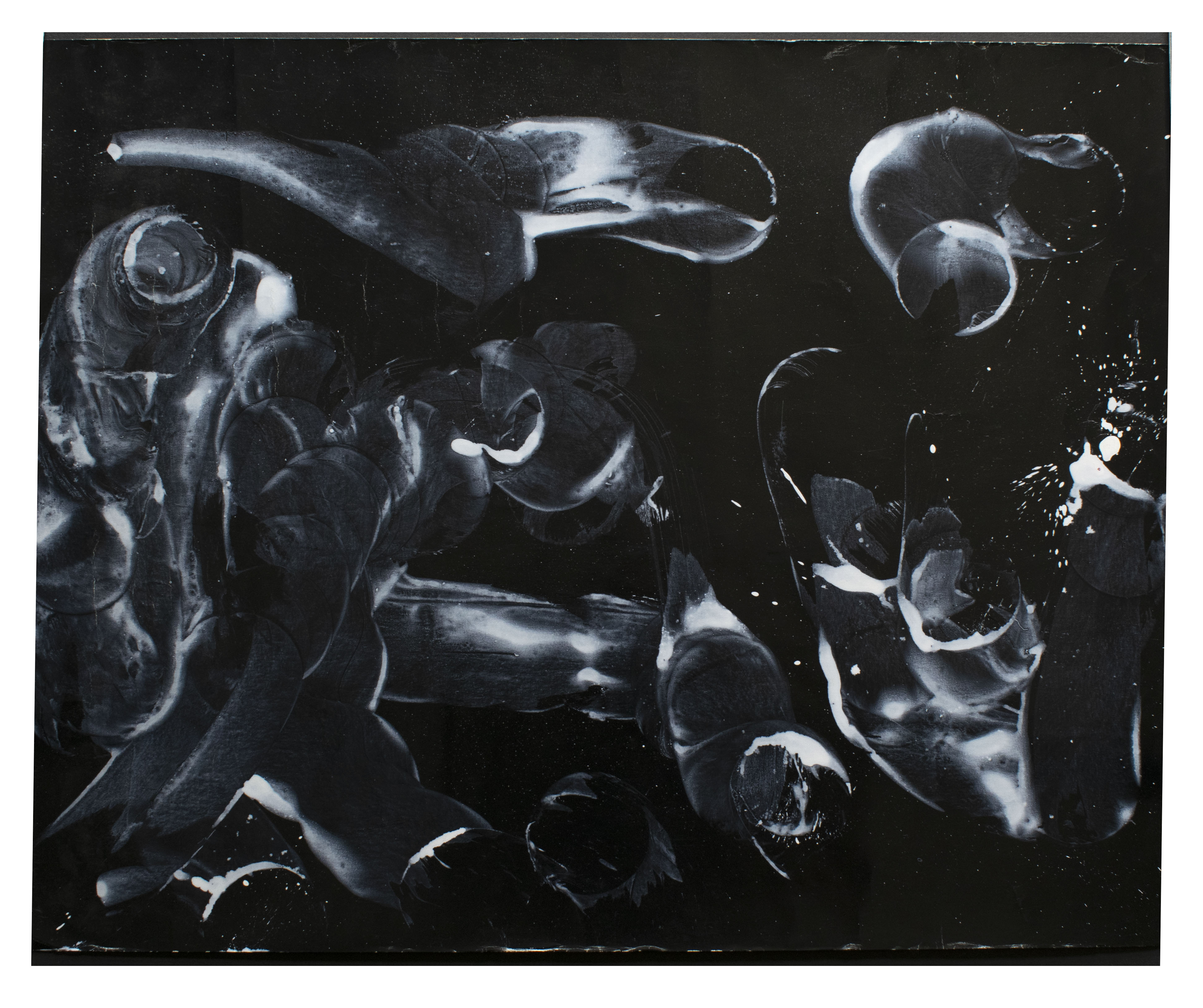