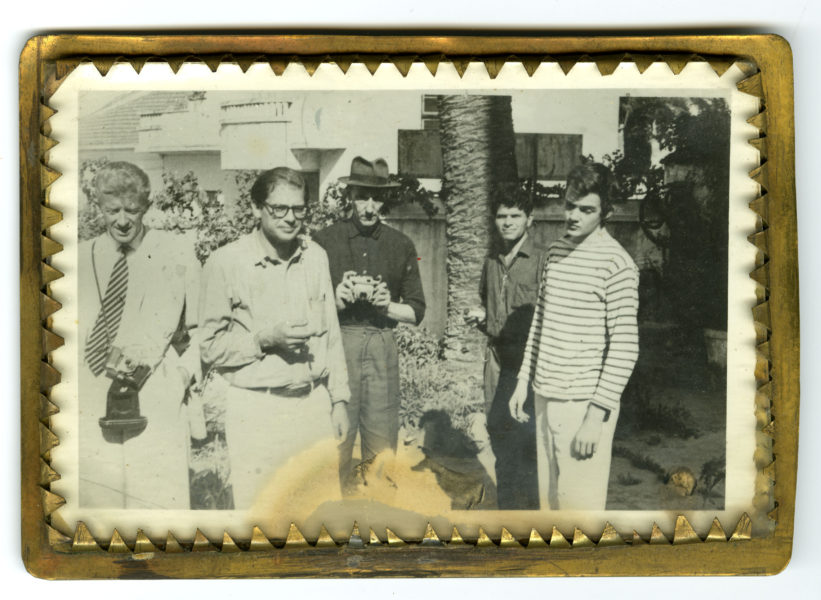 Writer Paul Bowles kept this original framed print on his bedside in Tangier, Morocco, for many years. Later prints of related images, made and inscribed by Allen Ginsberg for Bowles, are on view on the wall nearby. 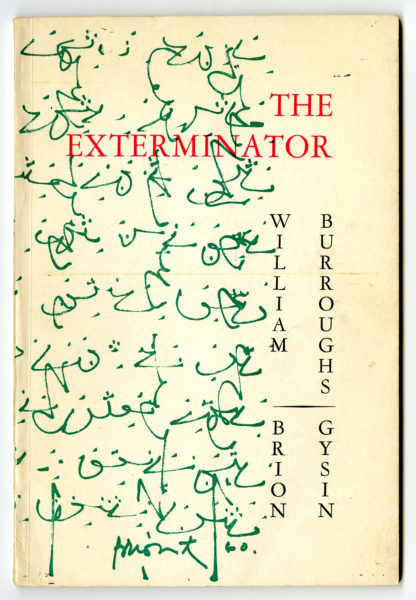 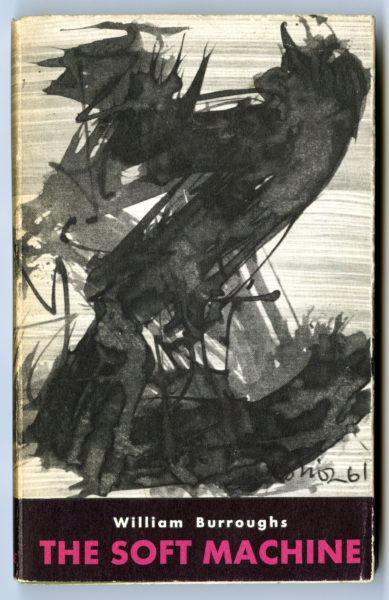 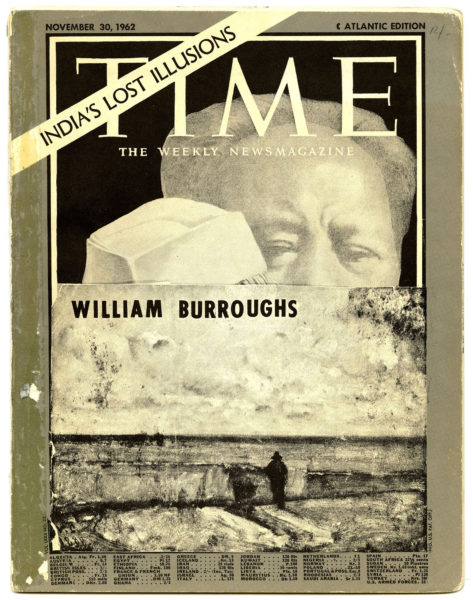 In 1965, Ted Berrigan’s C Press published Burroughs’s Time, a verbal/ visual collage based on a 1963 issue of Time magazine. To the original Time cover, which addressed the Indo-Chinese War and featured a dual portrait of Mao and Nehru, Burroughs added a bleak landscape painting and his own name to the bottom half of the image– thereby effacing half of Mao and all but Nehru’s hat. The contents of Burroughs’s Time critically deconstructed the language and imagery of the mainstream American press. 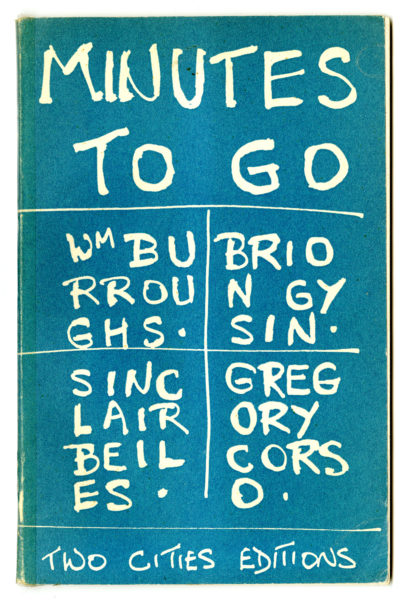 Minutes to Go from 1960 was the first stand-alone publication to use the cut-up technique, with contributions by William S. Burroughs, Brion Gysin, Gregory Corso, and the South African poet Sinclair Beiles. 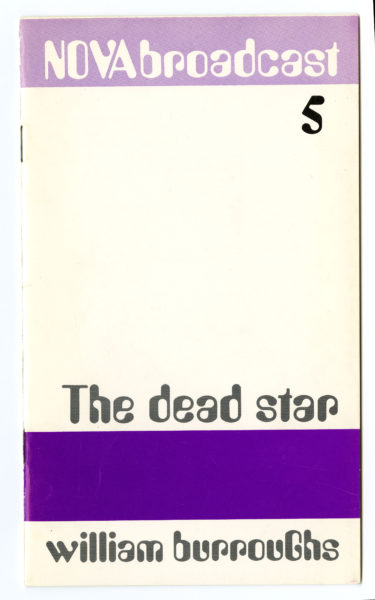 In 1965 William S. Burroughs produced a cut-up rendition of the news concerning gangster Dutch Schultz’s death combined with other disasters. He called it Dead Star, for Jeff Nuttall’s My Own Mag. Four years later Burroughs issued the same story as an independent broadside through the Nova Press. In the 1969 version, Dead Star uses a three-column newspaper format interspersed with news images, a format graphically related to word-image experiments with the grid format undertaken with artist Brion Gysin. 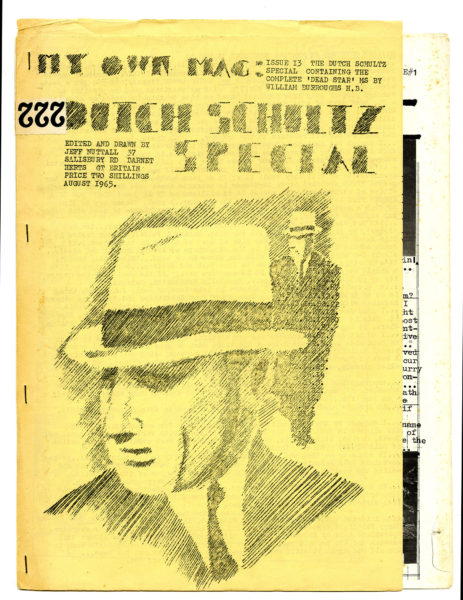 The “Cut-Up” Method
Artist and poet Brion Gysin is credited with developing the “cutup” method. It involved physically slicing existing pages of text and arranging the fragments to form a new text. The “cut-up” was a way to escape the tyranny of linear language and mundane meaning and to attain a more authentic truth. William S. Burroughs felt that rearranging words was at the core of the authorial act itself, and that the techniques opened endless possibilities for collaborations across time and space. The “cut-up” technique has an extensive legacy not only in literature but in music and the visual arts. 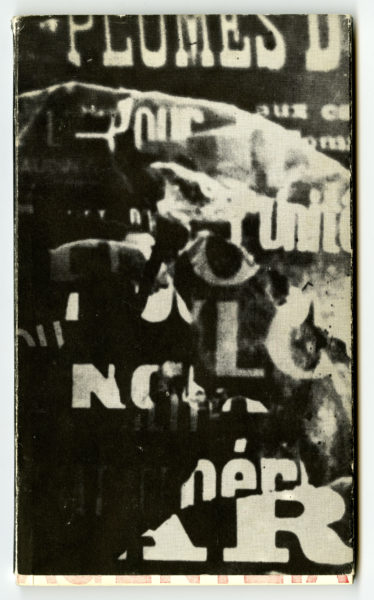 Jan Herman
Cut Up or Shut Up, 1972
Éditions Agentzia, Paris