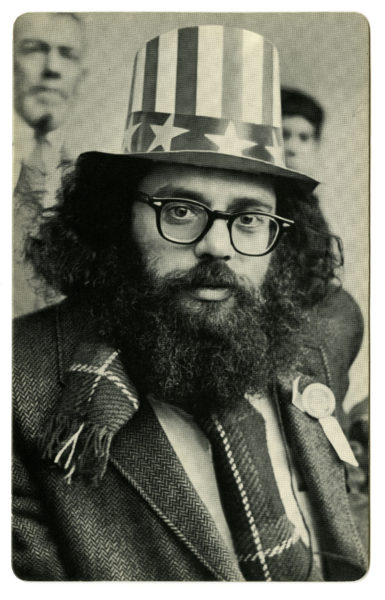 In the mid-1960s Allen Ginsberg was known for his long hair and beard. Connoting Biblical prophets, Eastern mystics, and his literary hero Walt Whitman, Ginsberg’s beard was featured in a number of iconic images, perhaps most famously in Fred McDarrah’s photograph of Ginsberg in an Uncle Sam hat, preparing to speak at an anti-war rally in New York in 1966. The image was the basis of a popular poster and a related large-format postcard (seen here). This copy, from the collection of Robert A. Wilson, is inscribed on the back by Ginsberg. 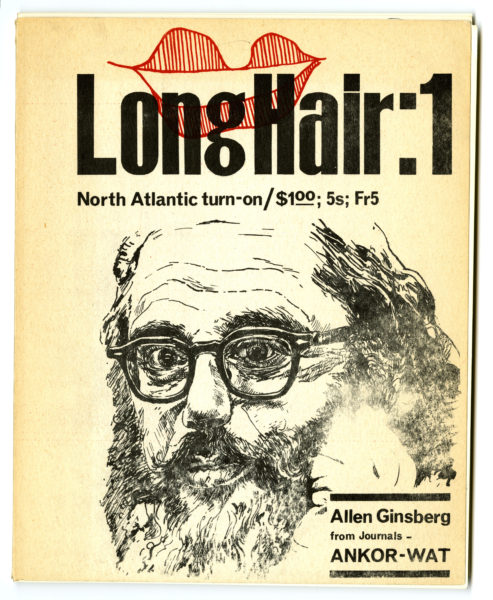 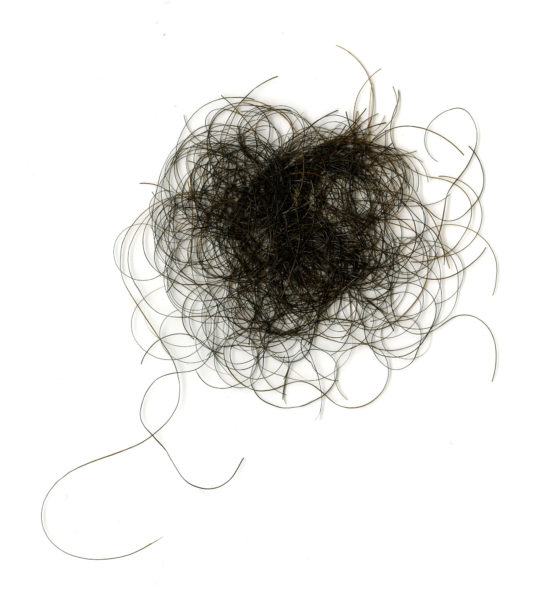 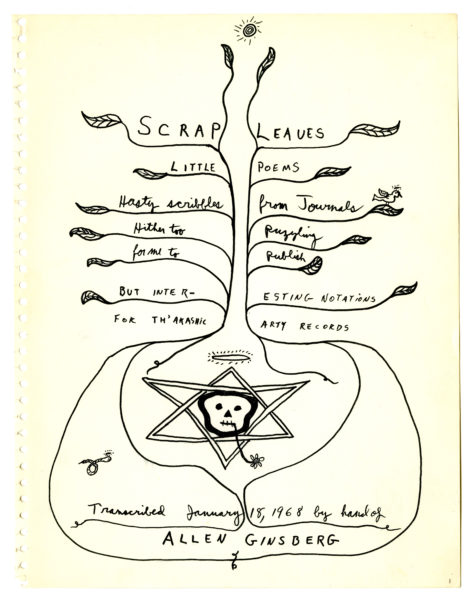 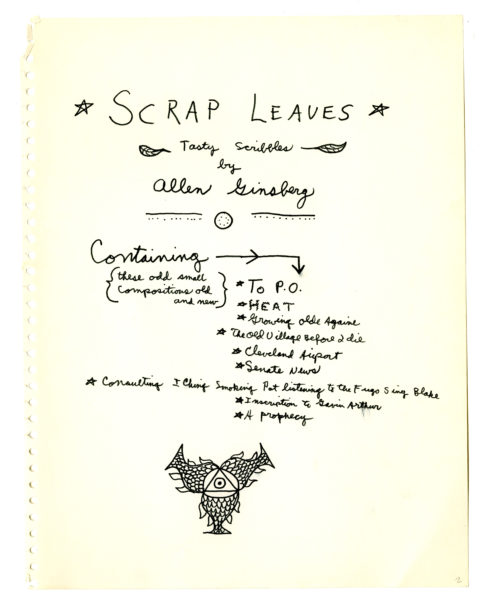 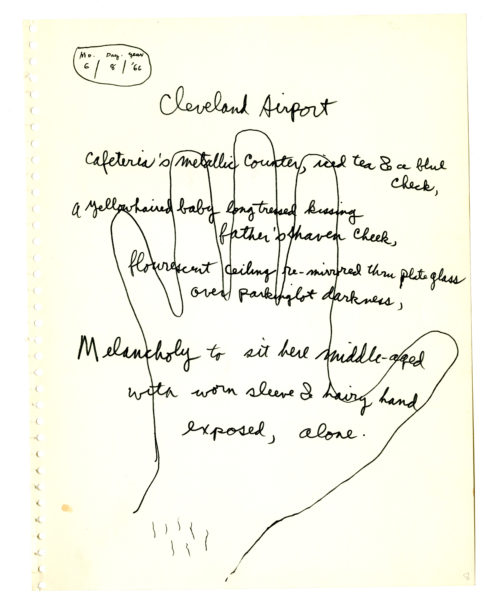 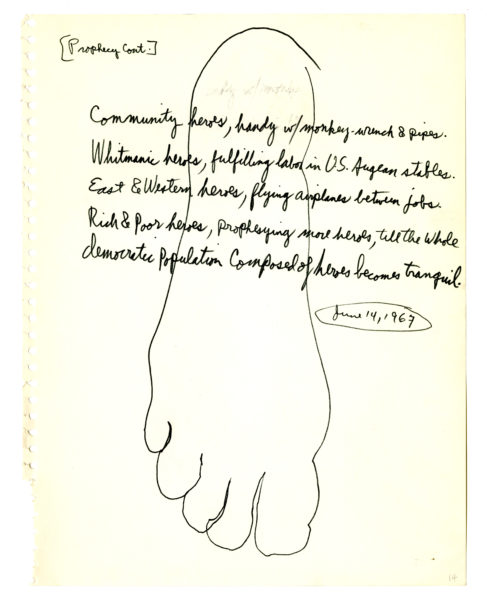 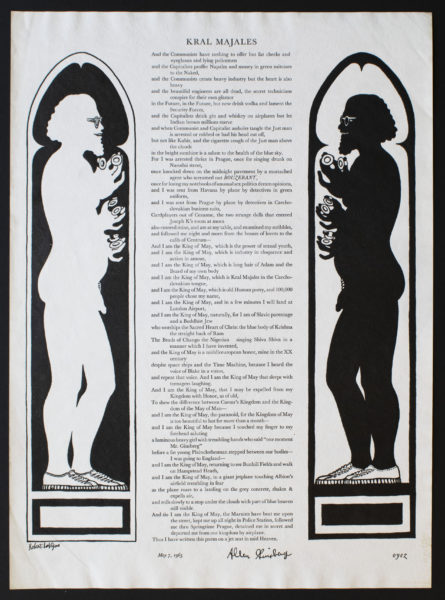 The title of this poem is Czech for “King of May,” the honorary title bestowed on Allen Ginsberg by university students when he was staying in Prague in the spring of 1965. While the students were celebrating the Beat poet, the Communist Czech government was monitoring his activities. Upon discovering some political writings in his notebook, they forcibly expelled him from the country. He wrote this poem on the plane from Prague to London, where the next day he visited Bob Dylan and the Beatles.

The overtly phallic design for this broadside by Robert LaVigne shows Ginsberg silhouetted naked (except for his sneakers), with the Tibetan prayer bells he frequently played. 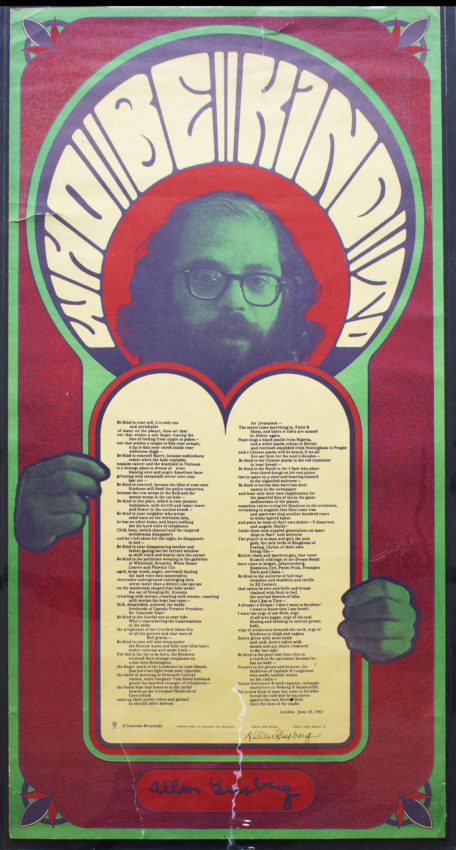 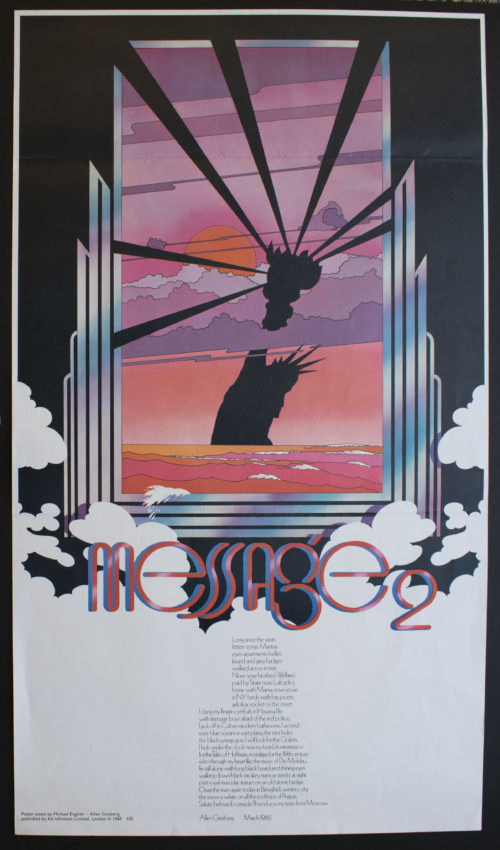 Poetry broadsides had traditionally been produced for literary enthusiasts by small poetry presses. Allen Ginsberg, however, collaborated with two of the major psychedelic poster artists of the counterculture to produce these vibrant publications. Wes Wilson in San Francisco and Michael English in London were two of the most prominent artists of the youth underground. Ginsberg would become, along with Bob Dylan, one of the most recognized voices, and faces, of the 1960s.