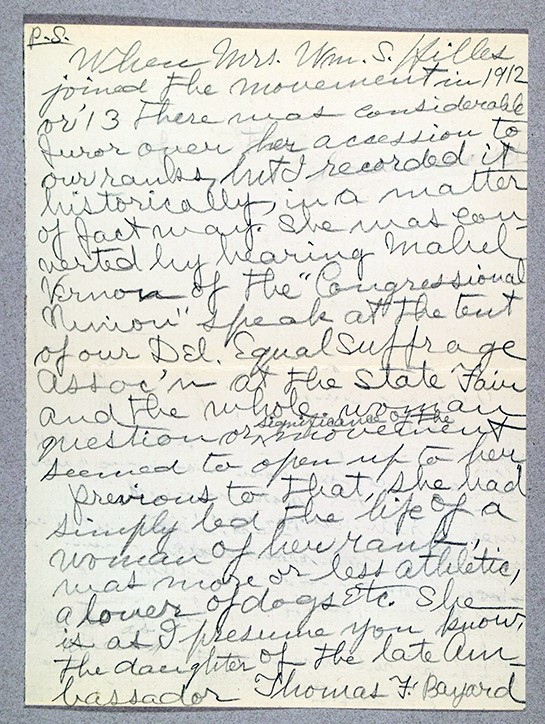 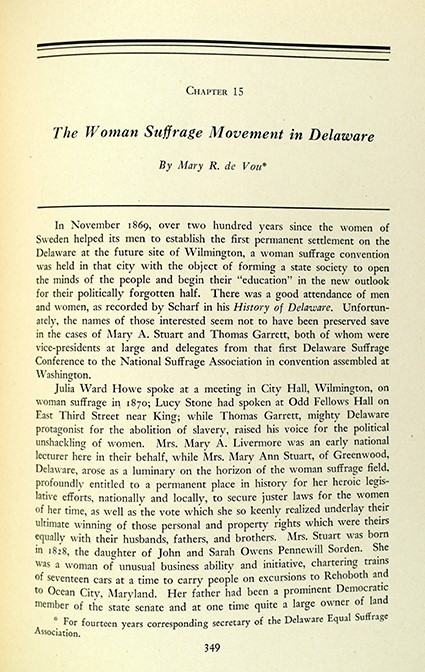 The papers of Delaware historian H. Clay Reed include correspondence with Mary R. de Vou, who contributed a chapter on Delaware’s suffrage history to his Delaware: A History of the First State (1947). In the process of writing, de Vou shared a personal letter from Carrie Chapman (which Reed never returned) and other anecdotes through correspondence. In a postscript to a letter to Reed, de Vou recalled that when Florence Bayard Hilles became a suffragist in 1913, she was “converted by hearing Mabel Vernon … speak at the tent of our Del. Equal Suffrage Assoc’n at the State Fair.” Before then, “she had simply led the life of a woman of her rank, was more or less athletic, a lover of dogs etc.” The implicit put-down was probably intentional; de Vou and Hilles regularly clashed over tactics during their suffrage years. 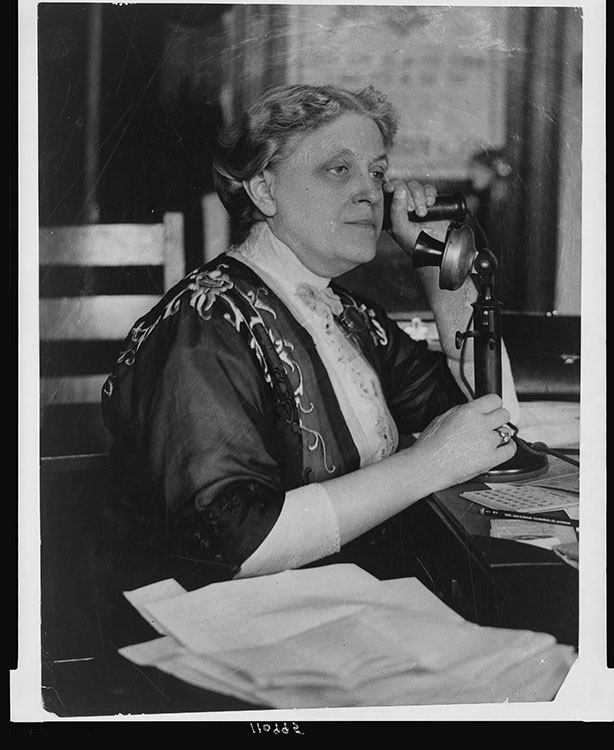 As president of the National American Woman Suffrage Association (1900-1904, 1915-1920) and the International Woman Suffrage Alliance, Carrie Chapman Catt organized numerous suffrage campaigns, both state and national, and presided over the successful NAWSA effort to win ratification of the 19th Amendment in 1919-1920. She spent weeks in Dover during the Spring 1920 ratification struggle. A pacifist, she nevertheless encouraged NAWSA members to contribute to the war effort in hopes of winning suffrage “as a war measure.”

Catt visited Delaware a number of times over the quarter-century before 1920, including an 1897 address to the state constitutional convention urging the delegates to enfranchise women. In a 1944 letter to Mary R. de Vou, who was the long-time secretary of the NAWSA-affiliated Delaware Equal Suffrage Association, Catt recalled a Delaware visit that lived in her memory as “one of the most wretched experiences of my entire life.” 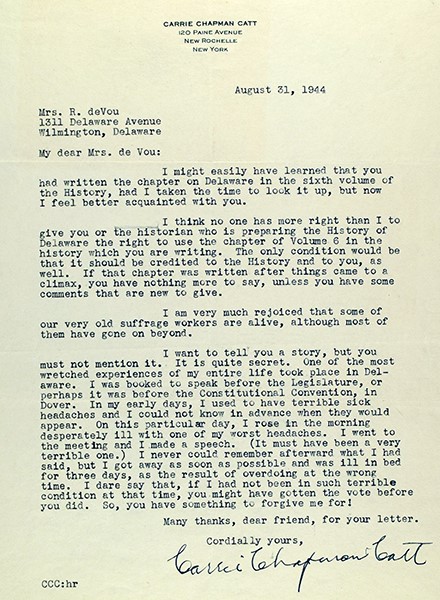