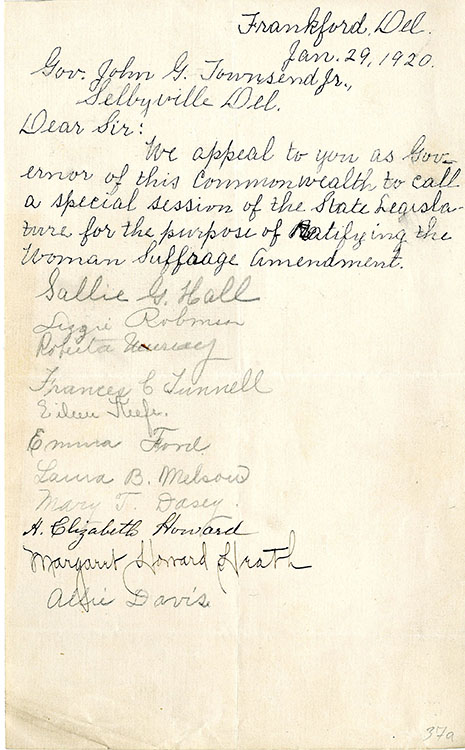 Once Congress had passed the 19th Amendment and sent it to the states for ratification in June, 1919, Delaware suffragists geared up: first, to get the governor to call a special session of the legislature in 1920 in order to ratify, and then to pressure members of the legislature to vote affirmatively. A handwritten petition from a group of white women in Frankford, some of whom signed in pencil, offers a contrast with the skilled lobbying of the Delaware Equal Suffrage Association. Its 1919 letterhead, headed “Enfranchise Delaware Women by a Special Legislative Session,” broadcast its goal to any recipient. Newly designed stationery used in 1919 and 1920 bristled with the names and towns of women from all three of the state’s counties. Any legislator scanning letters written on it would get the intended message: that support for ratification was widespread across the state. 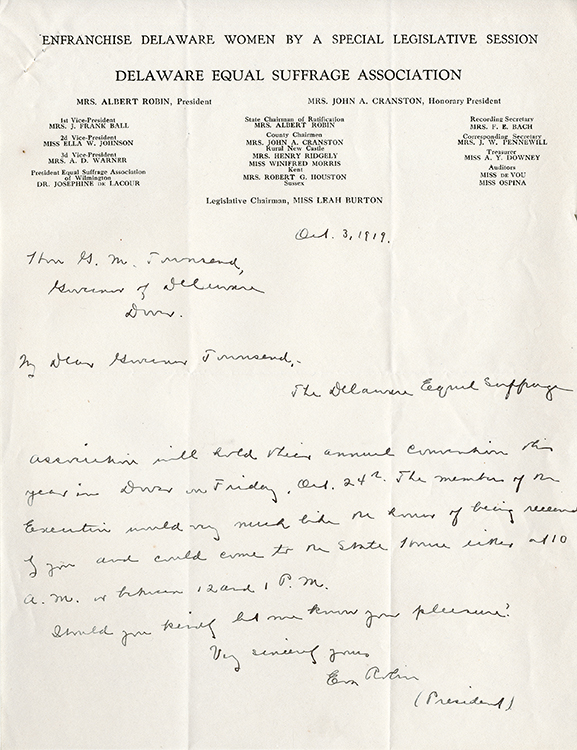 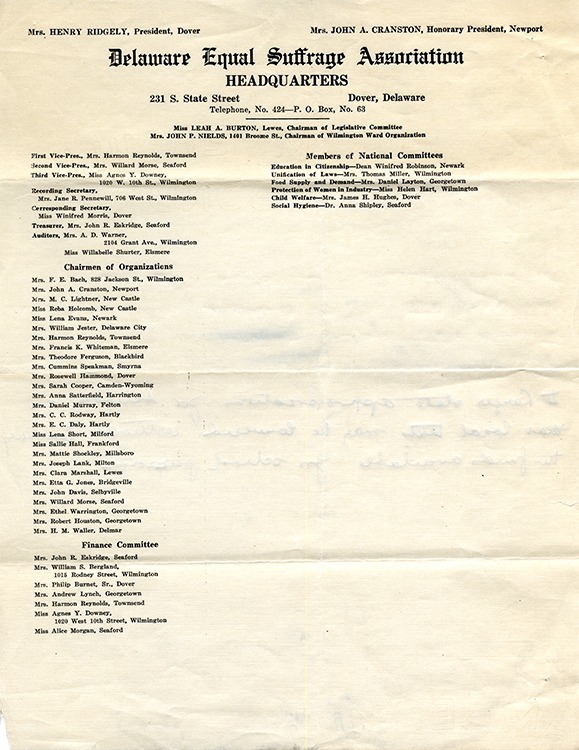 Florence Bayard Hilles’s letter urging Governor Townsend to call a special legislative session in order to ratify the 19th Amendment reflected her deep familiarity with Delaware politics. With references to the suffrage views of various du Ponts as well as to the political hot potato of a controversial new school code, the letter displayed her assured manner with the state’s top politician. A Democrat herself, Hilles shrewdly inserted a reference to the way in which Townsend’s fellow Republicans might “make themselves responsible” for the amendment’s ratification. By implication, if ratification was not a “success,” suffragists would know which party to blame. 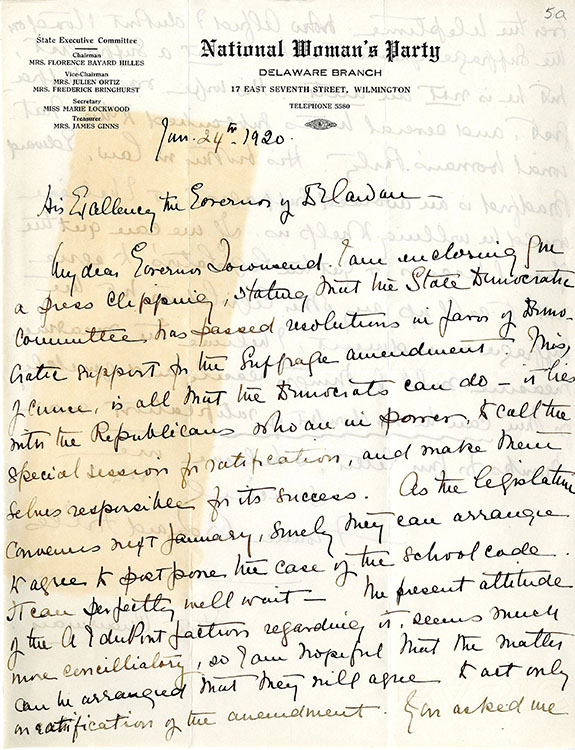 1920: DELAWARE WOMEN'S COLLEGE STUDENTS AS VOTERS - Dueling columns on the front page of the October 28, 1920, issue of the Women’s College Reporter demonstrated the students’ deep engagement with a central issue in the 1920 political campaign: whether the United States should join the new League of Nations. The paper’s Political Notes column chronicled the formation of both Democratic and Republican student clubs. A straw poll taken at the College gave the victory to the Democratic candidate for president, Ohio governor James M. Cox, over the Republican candidate, Ohio U. S. Senator Warren G. Harding. On election day, Harding won Delaware’s three electoral votes. 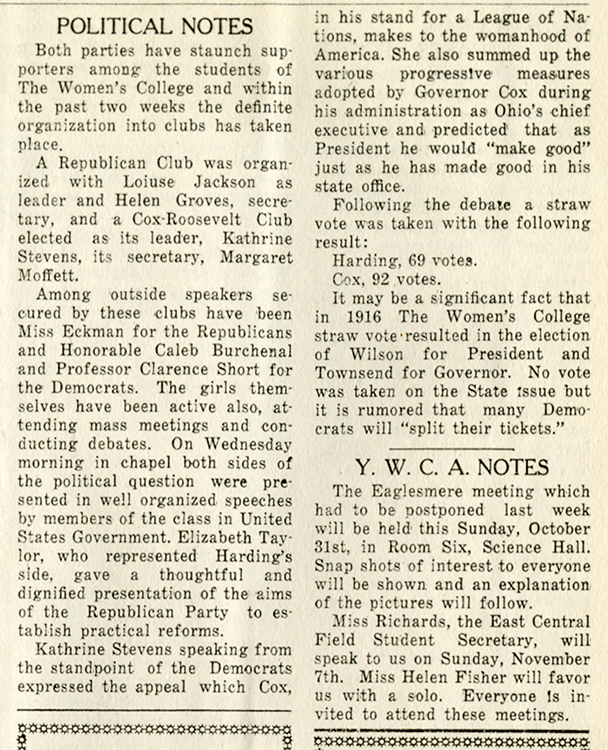