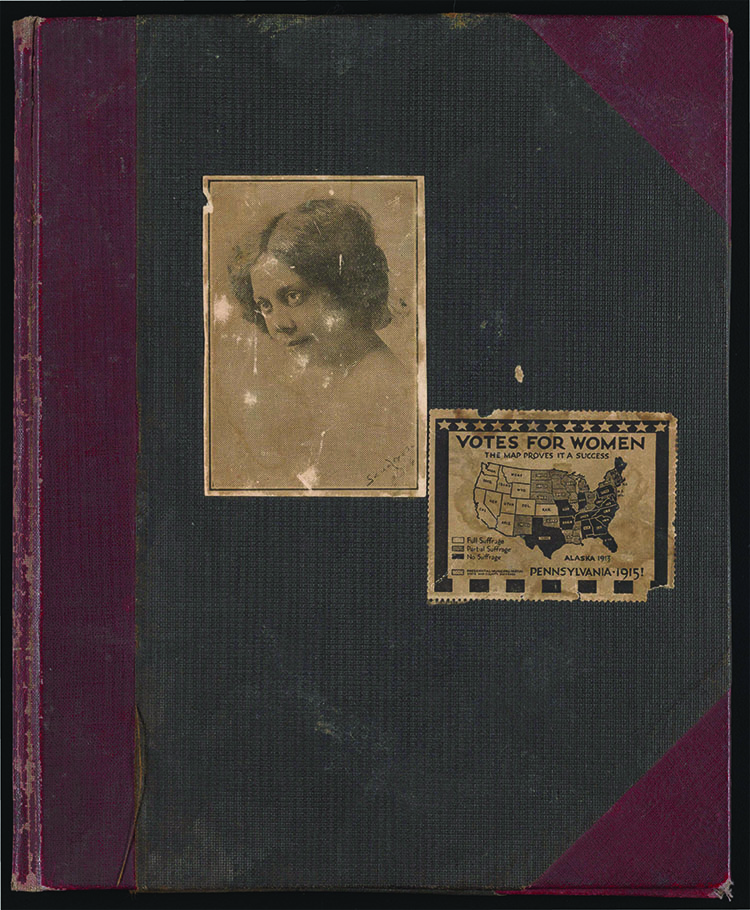 ALICE (ALICE RUTH MOORE) DUNBAR-NELSON (1875-1935) - In 1915, Wilmington teacher, poet, and writer Alice Moore Dunbar spent several months touring Pennsylvania as a suffrage organizer. Her task was to drum up support among African Americans for a November referendum on women’s voting rights. With New Jersey holding a referendum (in October), Dunbar also spoke in Newark along with her friend—and sometime rival—Mary Church Terrell (1863-1954). In her suffrage scrapbook, she collected newspaper coverage of her appearances. Although she was already a well-published writer and speaker, in advertising her events, host groups relied upon Dunbar’s connection to her first husband, the noted poet Paul Laurence Dunbar. (She became Dunbar-Nelson when she married Robert Nelson in April 1916.)

Along with announcements of her speaking engagements, her scrapbook included examples of fliers circulated to promote African American voting rights. One flier, addressed to Colored Citizens, used the figure of Abraham Lincoln to connect contemporary struggles for voting rights with the gains of the Emancipation era, and reminded readers that African American women were already voters in twelve states. Neither color nor sex should disenfranchise eligible Pennsylvania citizens, it contended.

The scrapbook in its entirety was digitized and is available for viewing in UDSpace, the University's institutional repository.