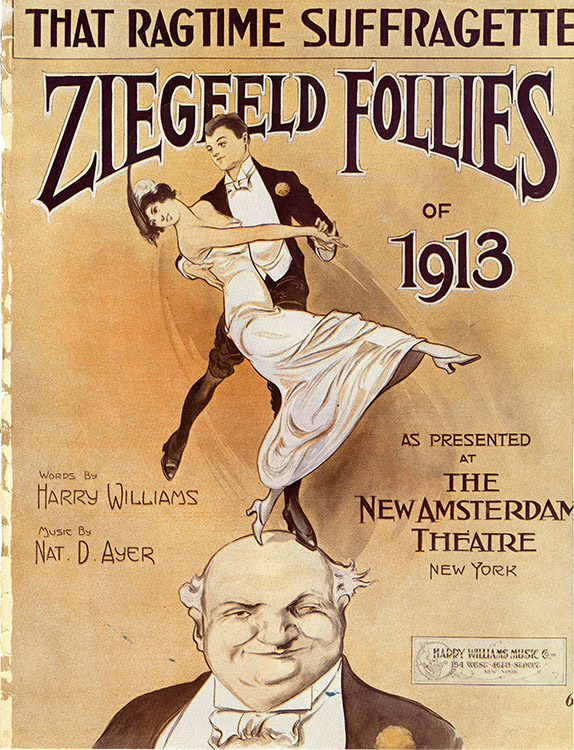 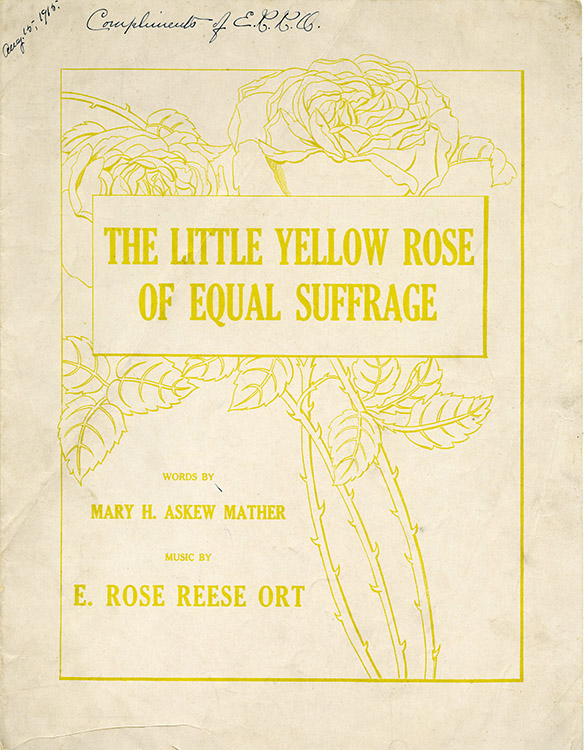 Musical numbers about suffrage made their way into popular venues, a trend reflected in two songs mentioned here. A composition by Harry Williams and Nat D. Ayer, using the term British “suffragette” that American suffragists generally considered demeaning, was performed at a New York theater under the auspices of the American showman, Florenz Ziegfeld, Jr. “She’s Good Enough to be Your Baby’s Mother,” by Alfred Bryan and Herman Paley, offered a popular pro-suffrage argument directed at male voters. The chorus ran:

She’s good enough to warm your heart with kisses

When you are lonesome and blue,

She’s good enough to be your baby’s mother

And she’s good enough to vote with you! You!

Suffragists adopted yellow as a symbol of their movement, and yellow flowers, particularly jonquils and roses, as suffrage flowers. Anti-suffragists used the red rose. Contests over suffrage could resemble a “war of the roses” as supporters and opponents of suffrage measures pinned the preferred flower to the lapels of male legislators. Delaware suffragist Mary H. Askew Mather penned the lyrics to “The Little Yellow Rose of Equal Suffrage.” Mather and her life partner, Alice Smyth, were donors to the Delaware Women’s College. The Smyth Residence Hall, a dormitory on the Newark campus, is named for Alice Smyth.

Militant suffragists from the National Woman’s Party began a “Silent Sentinel” picket of the White House in January 1917. Initially ignored or considered as an amusing curiosity, picketing aroused public ire during wartime. In summer, 1917, the pickets began to be arrested and sentenced to jail terms in Washington, D.C., or the nearby Occoquan Workhouse in Virginia. They sang to keep up their spirits. Songs such as “The Woman’s Party Song” “sung by suffragists in prison in Washington” contrasted the image of prison walls with their vision of expanding horizons. 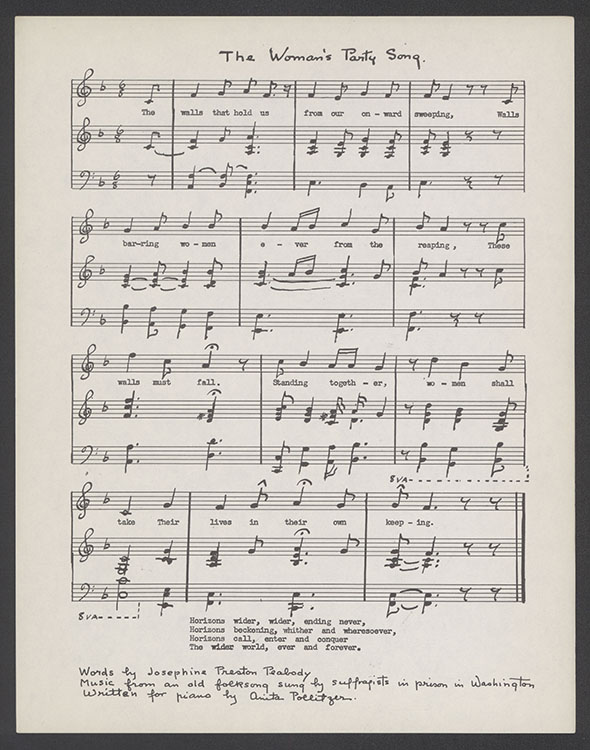