Seeking state-level voting rights was a key strategy. By 1896, women had full voting rights in Wyoming, Colorado, Utah, and Idaho. By 1914, Washington, California, Arizona, Kansas, Oregon, Montana, and Nevada had joined the ranks of full-suffrage states, and Illinois had conferred “presidential” suffrage. Campaigns for full suffrage took place in a number of other states, including Massachusetts, Pennsylvania, and New Jersey in 1915, Iowa in 1916, and New York in 1915 and 1917. The successful 1917 New York campaign made it the first Eastern state where women won full suffrage.

In Delaware, suffragists sought state-level suffrage in 1896-1897, when a convention met to write a new state constitution. The constitution eliminated provisions that had disenfranchised most African American men, but kept the requirement that voters be male. Delaware suffragists then mounted campaigns – in 1913, 1915, and 1917 – to amend the constitution to eliminate “that little objectionable word ‘male’” (as one suffragist put it in 1895) from the list of voter qualifications. The task was monumental. Any amendment had to be passed by both houses of the General Assembly in two consecutive sessions, yet Delaware’s legislature met only every other year. Nevertheless, the state’s suffragists persisted.

WORKING WOMEN - This leaflet from the New York Wage-Earners’ Suffrage League underlined working-class women’s concerns and the connection they saw between their rights as workers and their rights as citizens. Posing a series of questions about the living and working conditions they faced, the leaflet’s text presented voting as the key to improving them. Issued in the aftermath of a devastating fire at the Triangle Shirtwaist Factory, in which 146 workers died, the leaflet called attention to the often-wretched conditions facing urban working-class women and their families. 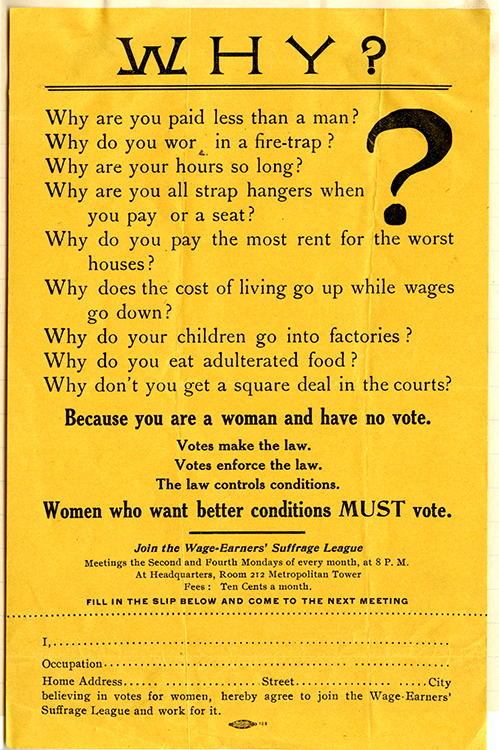 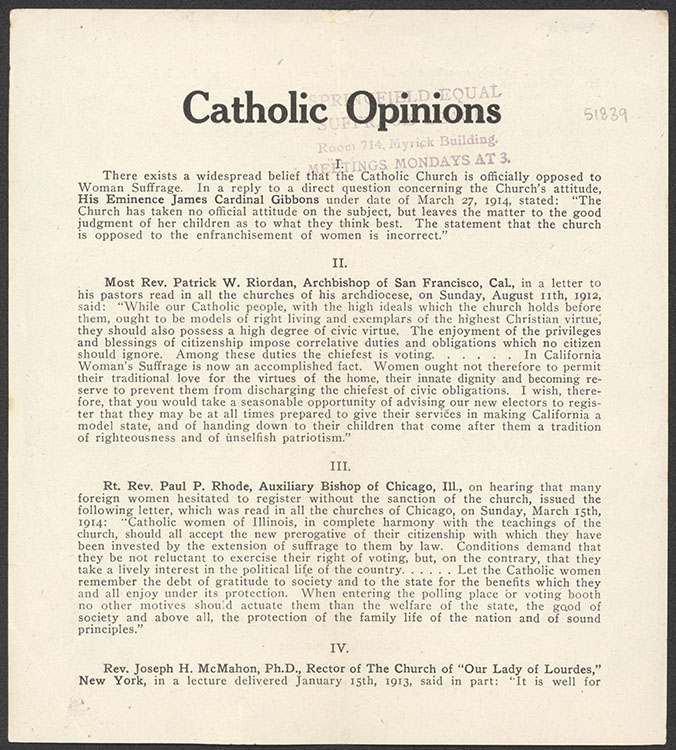 MOTHERHOOD - Suffragists generally argued in favor of women’s voting on the grounds of natural rights and simple justice. But they also contended that women should be able to vote so that they could be better mothers. This handbill argued that, in order to protect their children from common urban ills—such as contagious diseases and fire-trap apartments—women needed to be able to “have a hand in the city’s housekeeping” and even its “house-cleaning” by voting out corrupt politicians. 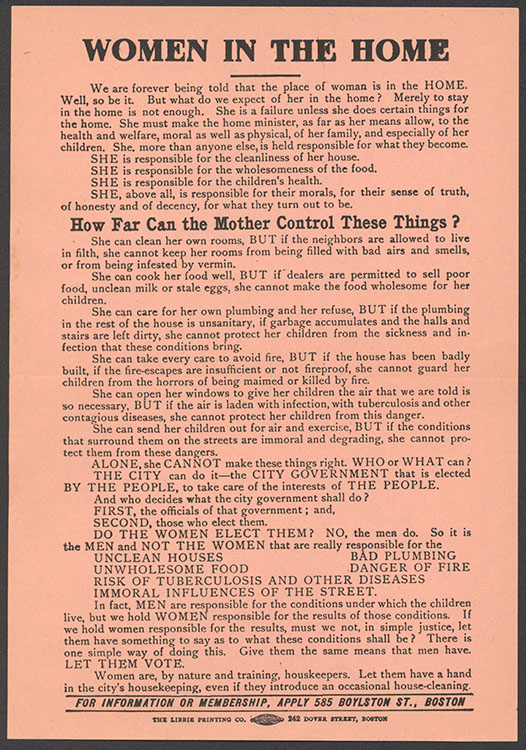 RACE - In this handbill, Virginia’s white suffragists made their case by pointing to historical changes in women’s experiences since the writing of the Constitution. The argument positioned suffrage within a historical march of progress and suggested that suffrage “is a natural and necessary result” of historical change. The Equal Suffrage League of Virginia ignored the recent change (1902) to Virginia’s constitution, which disenfranchised most African American voters. 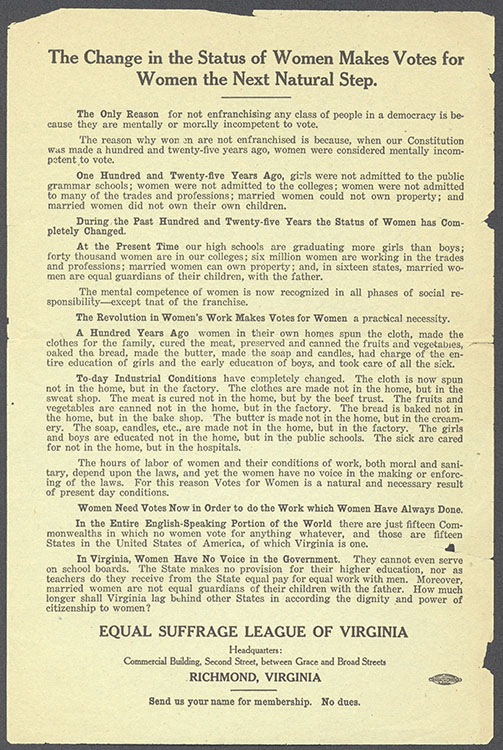 COUNTERPOINTS - Suffragists endeavored to counteract their opponents by addressing their views head-on. A flyer issued by the National American Woman Suffrage Association (NAWSA) visually minimized the anti-suffragists’ arguments by reducing them to one-third of the available space on the page. Pro-suffrage ripostes occupied two-thirds of the space. Note the union printers’ “button” label on the bottom right. It signaled the group’s support for unionization in general and women workers in the printing business in particular. 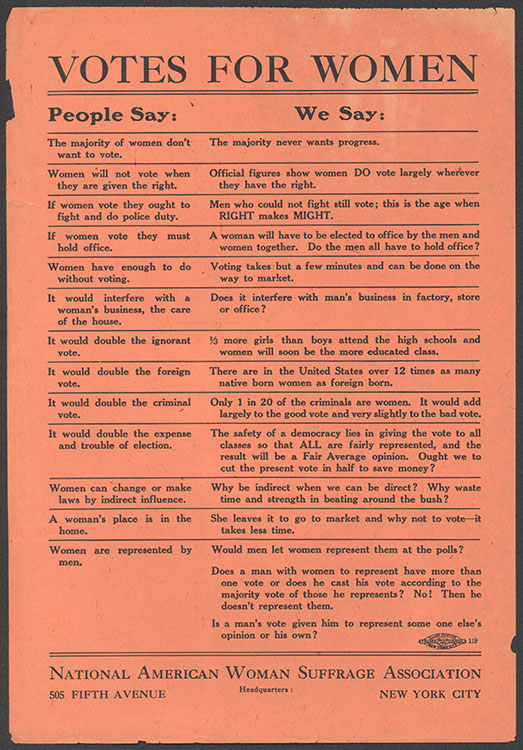