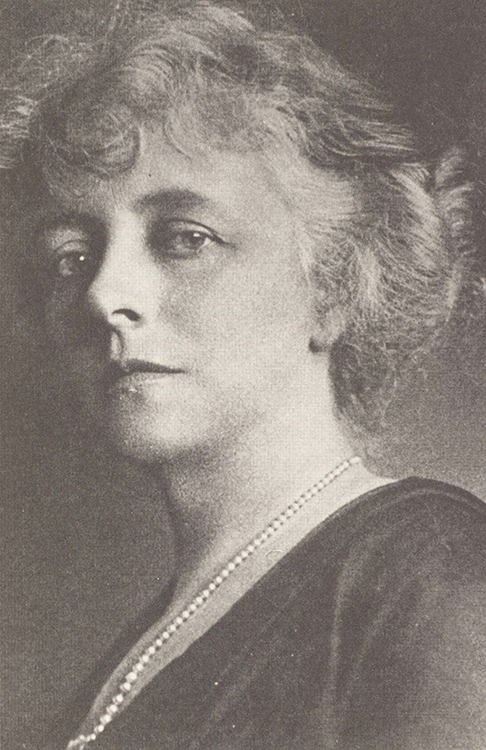 In 1916, Mary Wilson Thompson sent a telegram to Delaware’s U.S. Senator Willard Saulsbury, requesting that he use his senatorial franking privilege to send 260,000 pieces of anti-suffrage literature to West Virginia, where a suffrage referendum was under way. Saulsbury declined. In this and other correspondence, Thompson displayed the class privilege that gave her direct access to high-ranking Delaware politicians, and led her to argue that she had no need for voting rights. 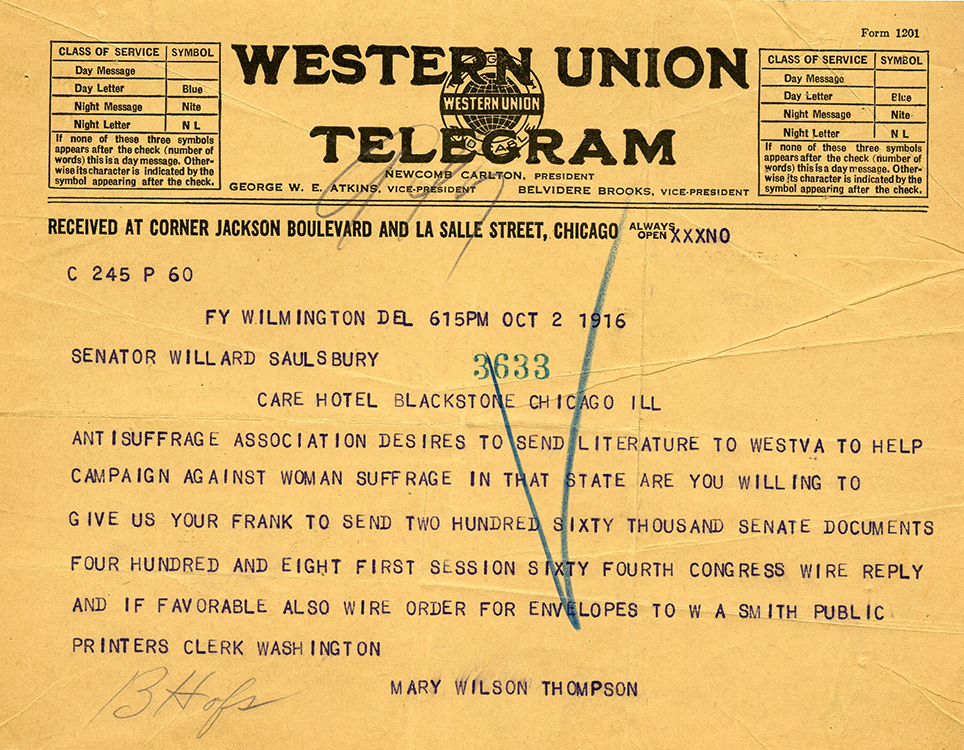 Thompson's Lays of Dover is a nod to the British historian Thomas Babington Macaulay, author of heroic poems, including The Lays of Ancient Rome and Horatius. Portraying the ratification contest as a battle among men, she laid laurels at the feet of those who convinced legislators “that women should not vote.” Thompson never wavered in her opposition to suffrage. As late as 1937, she maintained that “the country has certainly not benefited by the women’s vote.” 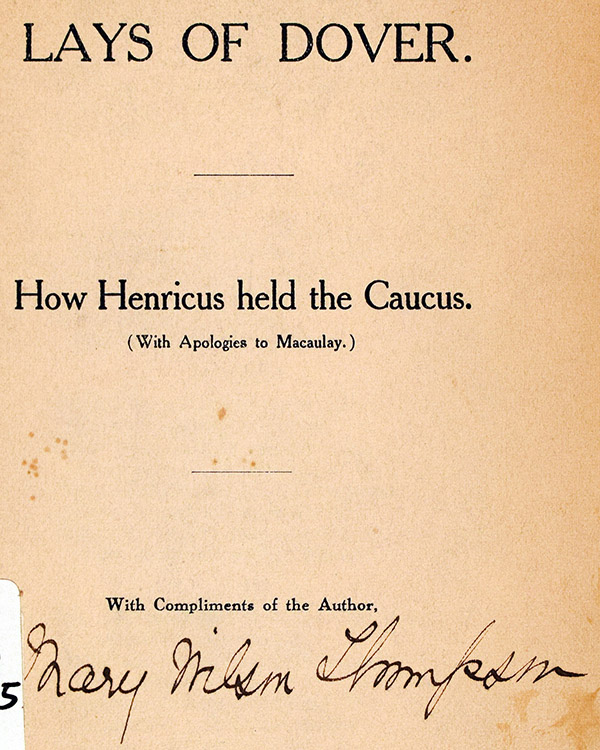 Mary Wilson Thompson (1867-1947). Lays of Dover : How Henricus Held the Caucus (With Apologies to Macaulay). Privately printed and inscribed by the author, circa 1920
View Metadata
Previous
Online Exhibitions   »   Votes for Delaware Women   »   6a – Mary Wilson Thompson