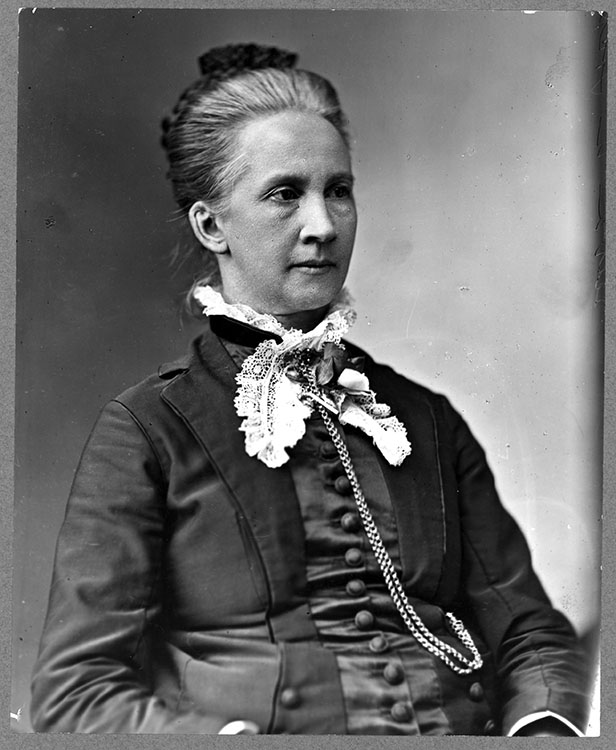 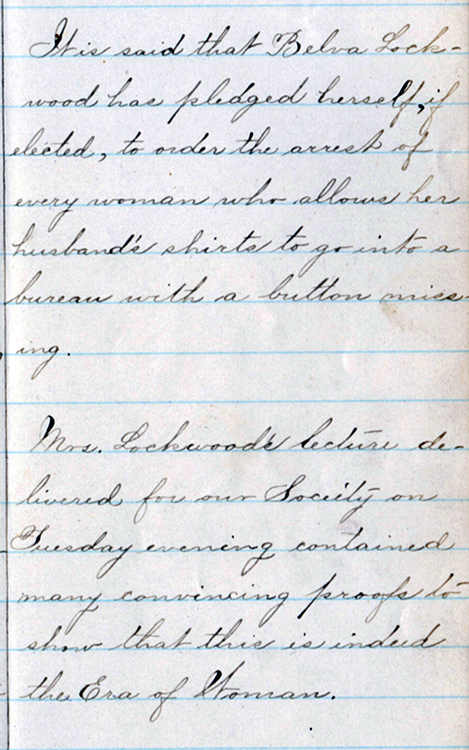 When Delaware College (University of Delaware since 1921) was briefly co-educational (1872-1885), the women students of the Pestalozzi Literary Society invited presidential candidate Belva Lockwood (1830-1917) to campus. In her 1884 address, “The Era of Woman,” for which she received a $12 fee, Lockwood endorsed the causes of temperance and women’s suffrage—as well as that of sewing buttons onto husbands’ shirts. 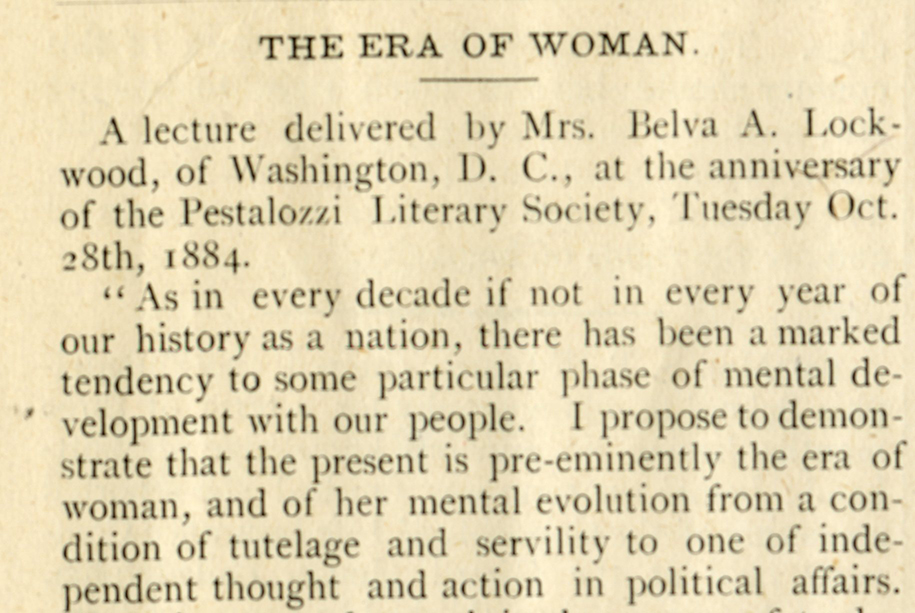 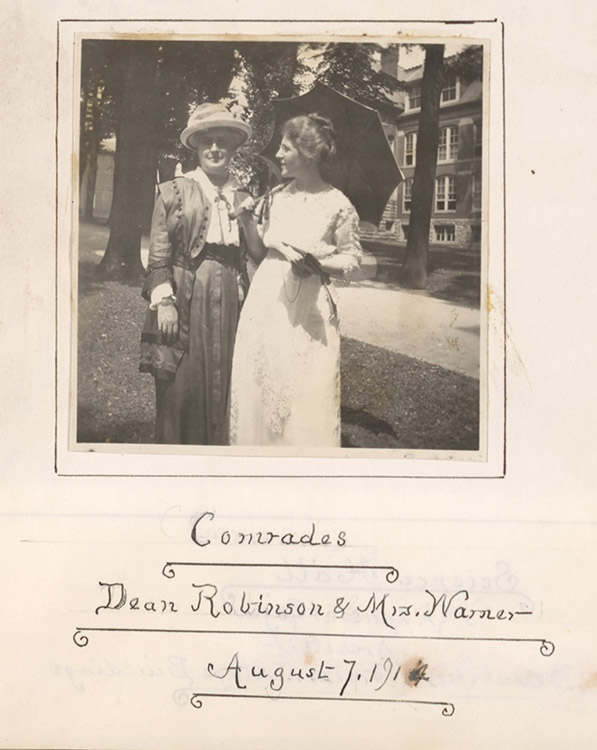 WOMEN AT UD - Once the College trustees ended co-education, there was no state-supported college for women in Delaware. Suffragists such as Emalea Pusey Warner (1853-1948), head of the Delaware State Federation of Women’s Clubs, lobbied the state legislature to create a women’s college affiliated with the men’s college. Her form letter to “Dear Co-Worker,” urging recipients to mobilize support for the plan, reflected the political lobbying skills that suffragists applied to the task at hand. The Women’s College of Delaware opened in 1914, with Dr. Winifred J. Robinson as dean.

In 1940, the Women’s College’s two original buildings were renamed to honor Warner and Robinson. After the University of Delaware resumed co-education by merging with the Women’s College in 1945, Robinson wrote a history of the college. In 1950, under a court order, African American students were admitted to the University. In 2020, after over a century of serving as student housing, Warner Hall was repurposed as a student health facility. 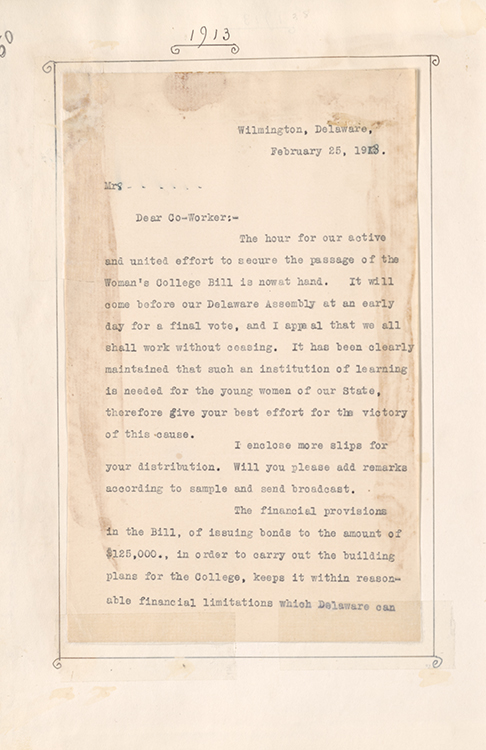