Founded in 1914, the Delaware Association Opposed to Woman Suffrage had a leadership made up, as a suffrage stalwart described them, of “well known women of social prominence.” Wealthy, white, well-connected both politically and socially, they shared the widespread anti-suffrage objection that women’s voting would overturn the traditional gender order by challenging men’s privileged position in the family and the state. They also argued that they did not need voting rights. As non-voters, they enjoyed social positions that gave them high-level access to state and national politicians. If all Delaware women could vote, that access would vanish. During the debate over ratification of the 19th Amendment, anti-suffragists evoked “the menace of the negro vote” as a way to remind state legislators that “votes for women” included African American women.

This being Delaware, there were du Ponts and Bayards on both sides of the suffrage divide.

The anti-suffrage ranks included Florence Bayard Hilles’s sister-in-law, Elizabeth du Pont Bayard, and U.S. Senator Willard Saulsbury’s wife, May du Pont Saulsbury, as well as Amy du Pont, the benefactor whose name is familiar to UD music students, faculty, and staff. Greenville’s Mary Wilson Thompson and Wilmington’s Emily P. Bissell were the most active and visible anti-suffrage leaders. Thompson’s sense of privilege can be seen in her 1916 telegram to Saulsbury, asking him to use his senatorial franking privilege to send 260,000 pieces of anti-suffrage literature to West Virginia. Although he opposed suffrage, Senator Saulsbury declined her request. 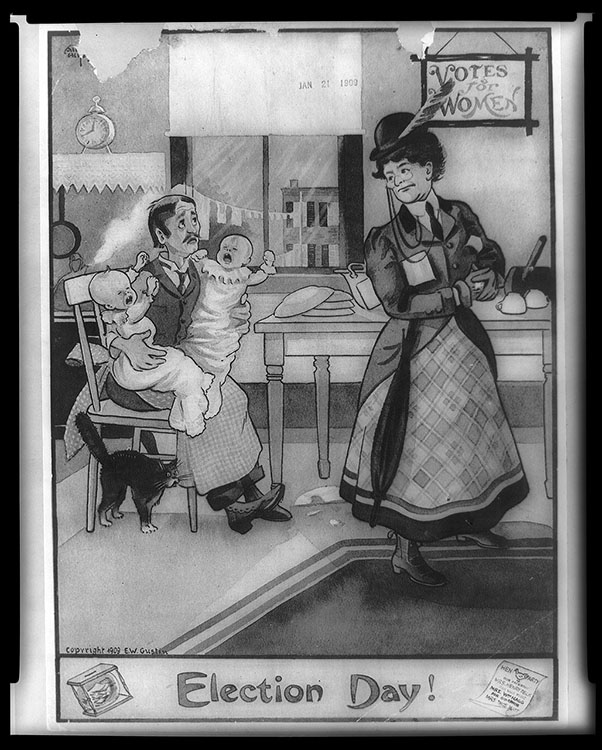 This widely circulated cartoon tapped into the common fear that votes for women would forever upend the existing gender order. Here, a brisk masculine-looking woman sets out to vote, perhaps for the “Hen Party” whose flier can be seen on the lower right. Left behind is her bewildered apron-wearing husband, who must handle not one, but two screaming babies, laundry hanging on the line in the rain, a steaming tea-kettle, broken crockery, and the family cat. The item on the lower left is a ballot box.

In Delaware, both suffragists and anti-suffragists sponsored tents at the annual State Fair to distribute and collect pledge cards. In an era without Facebook or Instagram to facilitate the organizing process, pledge cards were useful in creating lists of supporters for the group’s cause. 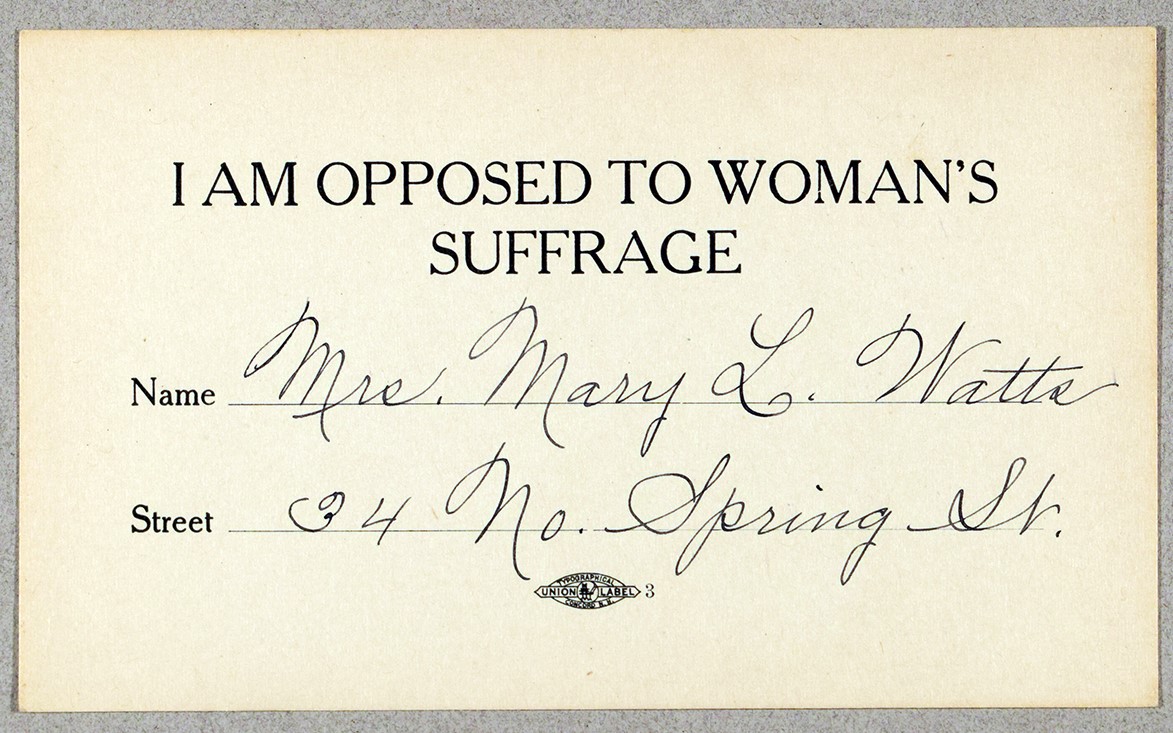 EMILY PERKINS BISSELL (1861-1948) - Emily Bissell was a leading Delaware anti-suffragist. She regularly testified before Congress and the Delaware General Assembly opposing suffrage initiatives. As the head of Delaware’s Red Cross chapter, president of the Delaware Anti-Tuberculosis Association, creator of the Christmas Seals fund-raising endeavor, and a well-published writer under the pseudonym Priscilla Leonard, she believed that voting would be a “burden” to overworked women and thrust them into a swamp of political corruption. Delawareans and others held the influential Bissell in high regard for her Christmas Seals work. 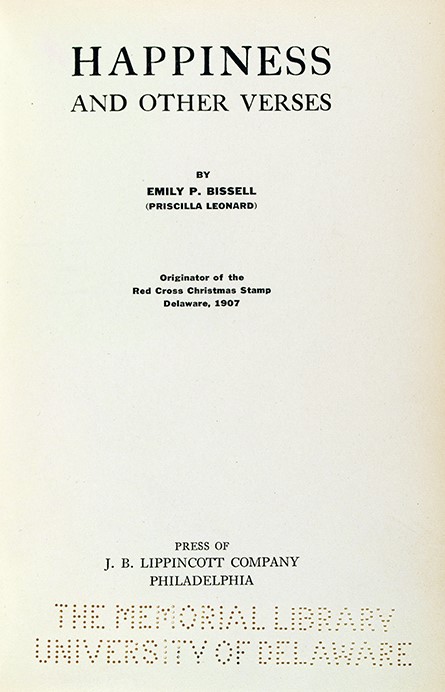 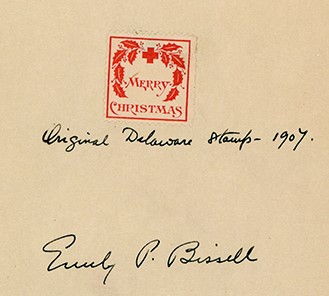