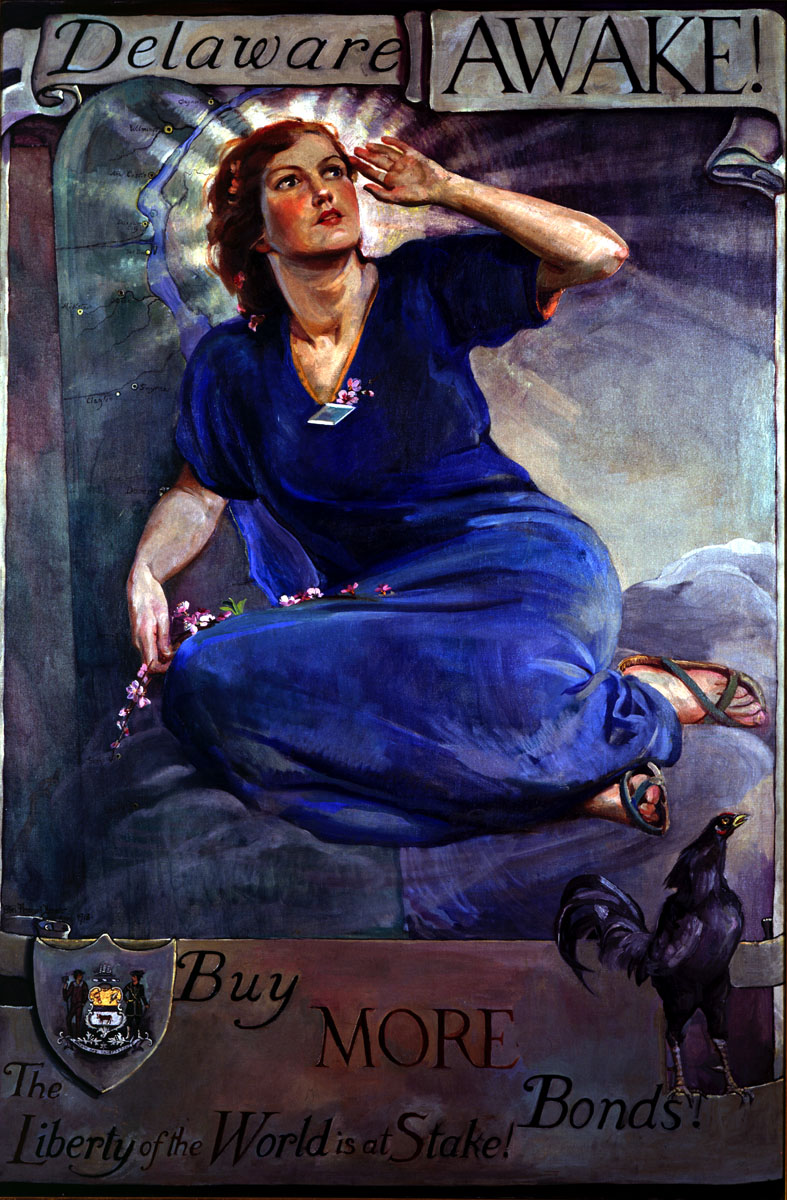 DELAWARE AWAKE! - Created in 1917 by Ethel Pennewill Brown, a member of the famed Howard Pyle studio in Wilmington, for the World War I Liberty Loan campaigns, this striking painting called upon women to do their part for the war effort. They might not be soldiers, subject to wartime conscription, but they could awaken to their responsibilities as citizens, particularly by participating in Liberty Loan fund-raising drives.

In her composition, Brown included a number of Delaware-specific images: the state’s “diamond” shape in the female figure’s brooch; the spray of peach blossoms, the state’s flower, adorning her costume; the blue hen at the lower right; the state seal on the left. The central female figure, a white woman seated on clouds, rests on an outline of the state, and looks as though she is indeed awakening to the poster’s arresting call.

Delaware suffragists offered war service through groups such as the Red Cross and through fund-raising for the four wartime Liberty Loan campaigns. So did the state’s anti-suffragists. If suffragists claimed that they deserved voting rights because of their war work, anti-suffragists accused them of selfishness and unwomanly ambition. In the anti-suffragists’ view, their wartime sacrifices were dutifully feminine contributions, to be made without seeking any rewards in return.