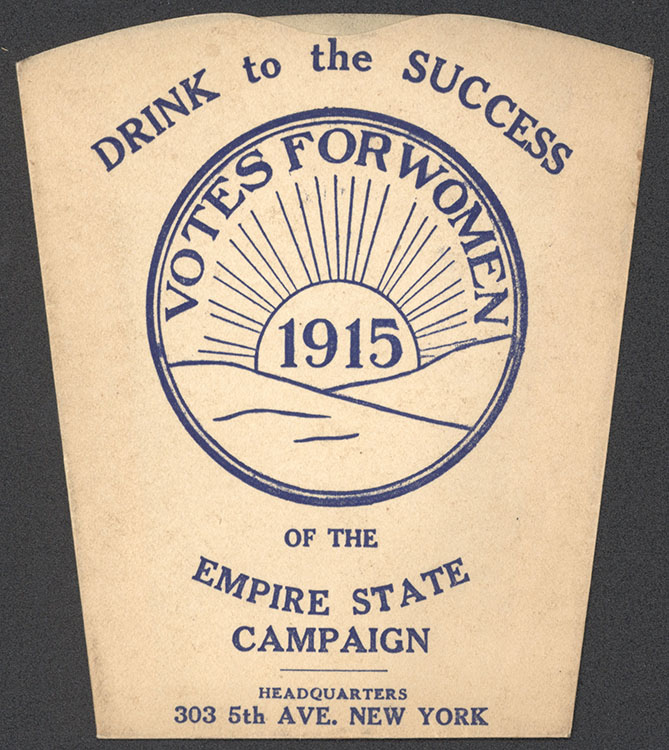 The Eastern states of New Jersey, Pennsylvania, New York, and Massachusetts faced state suffrage referenda in 1915. During the 1915 referendum campaign in New York, a suffragists’ campaign committee distributed paper cups like this to publicize their work. The image of a rising sun evoked the bright future that would arrive if the campaign was a success. Although the 1915 effort went down to defeat, a second New York referendum in 1917 triumphed.

Massachusetts held several referenda on woman suffrage, all of which failed. For the November 2, 1915, referendum, the Massachusetts Woman Suffrage Association circulated approximately 100,000 images for “Blue Bird Suffrage Day” on July 19, 1915. Lithographically printed on tin and made to be tacked up all around the state, the suffrage bluebirds were an early example of using brand identification for a specific political cause. The group’s poster employed a color scheme that echoed that of the suffrage bluebirds.

For the 1915 referendum, the Association also dispensed free souvenir fans appealing to male voters to approve the referendum on woman suffrage. Used as cooling devices at public events, these functional objects offered a way to distribute suffrage messages widely. 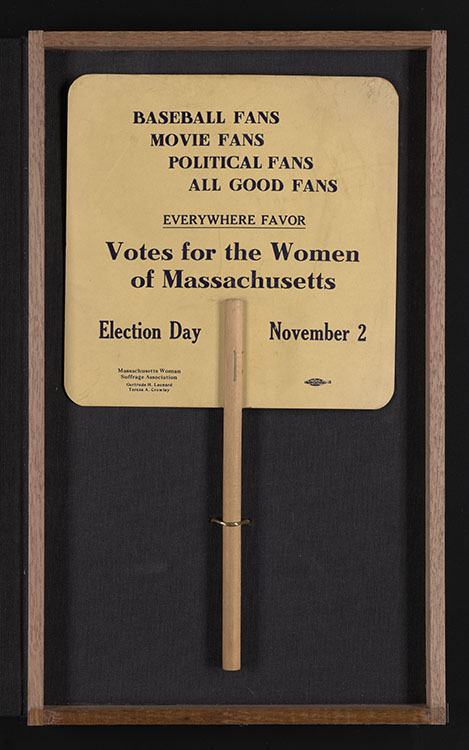 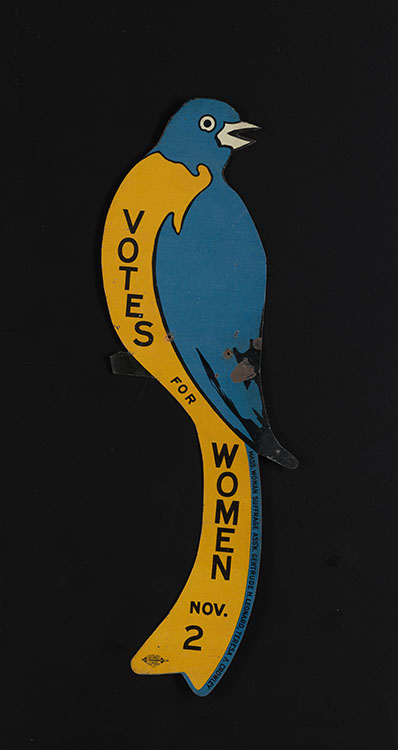