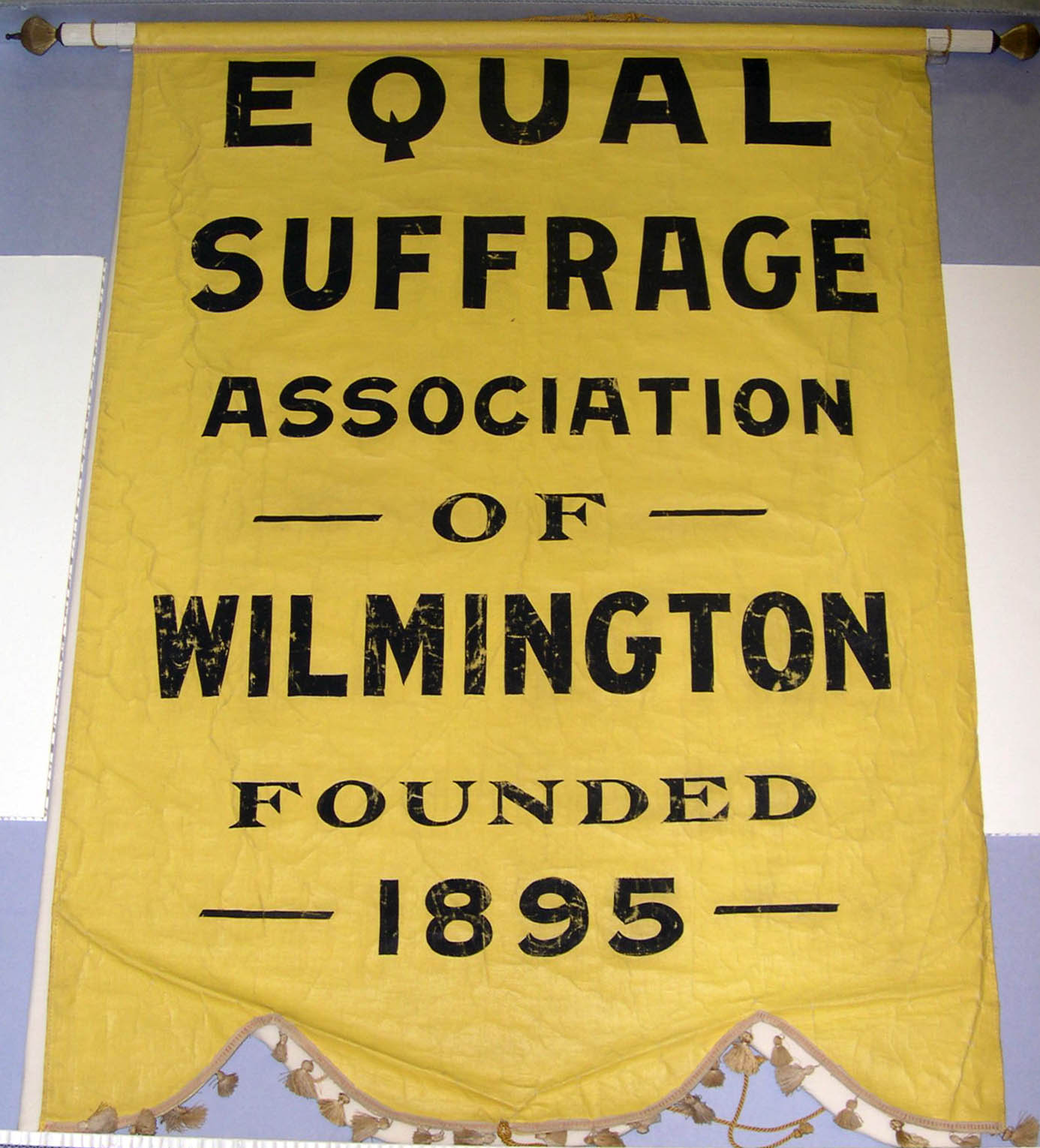 The Delaware Equal Suffrage Association (DESA), founded in 1895 and affiliated with NAWSA, became the largest suffrage organization in the state, occupying the mainstream of the movement. In 1913-1914, two other groups joined the fray. The Delaware Congressional Union (CU), later the Delaware National Woman’s Party (NWP) branch, initiated in 1913 by Mabel Vernon (1883-1975), focused on securing a federal constitutional amendment. The African American Equal Suffrage Study Club reflected the activism of black women in a segregated state that, unlike other such states, did not take away black men’s voting rights. A federal strategy appealed to African American suffragists because, in conjunction with the 15th Amendment, it would establish uniform national voting rights standards. Such standards could then be used to overturn the Jim Crow voting policies that the ex-Confederate states had instituted between 1890 and 1905.

The mainstream DESA concentrated on building grassroots support through a campaign of education, while also lobbying Delaware’s national and state legislators to support suffrage initiatives. As the Delaware CU adopted new, militant methods to achieve its goal, its ties with sister suffragists frayed and snapped. By 1918, the DESA, under Eva Halpern Robin’s leadership, had adopted a forthright position that the members “desire no longer to be represented by proxy at the ballot box,” but instead “to express, unfettered by any assumptions of masculine superiority, our own political convictions at the polls.” Before all that, in Wilmington on May 2, 1914, representatives of all three groups participated in the state’s first major suffrage parade and rally, organized by the CU’s Florence Bayard Hilles (1865-1954). Also participating were individuals from Arden, Delaware’s single-tax community, home to a number of vocal and enthusiastic suffrage advocates. Only white suffragists, however, were photographed at the train station a week later as they headed to Washington, D.C., for a national event.

EARLY ALLIES - The largest women’s organization in the U.S. at the turn of the 20th century, the Woman’s Christian Temperance Union (WCTU) was an early ally of the women’s suffrage movement. Martha Churchman Cranston (1846-1927) from Newport, Delaware, was president of the Delaware Equal Suffrage Association from 1895 until 1915 and a dedicated WCTU officer. At the state convention in 1904, Cranston stated the Delaware WCTU’s long-standing position on suffrage, first adopted in 1888:

ARGUING THE SUFFRAGE CASE - In pocket-sized books, the National American Woman Suffrage Association compiled handy reference sources and talking points for suffrage advocates. “Designed especially for the convenience of suffrage speakers and writers” and for use in debates, the 1915 edition bound together seven pamphlets that included a history of U.S. suffrage; examples of countries and states “where women vote”; the positive results of women voting; and arguments to be used against opponents. The owner of the copy owned by UD Library particularly marked up the sections entitled “Do You Know?” and “Objections Answered.” 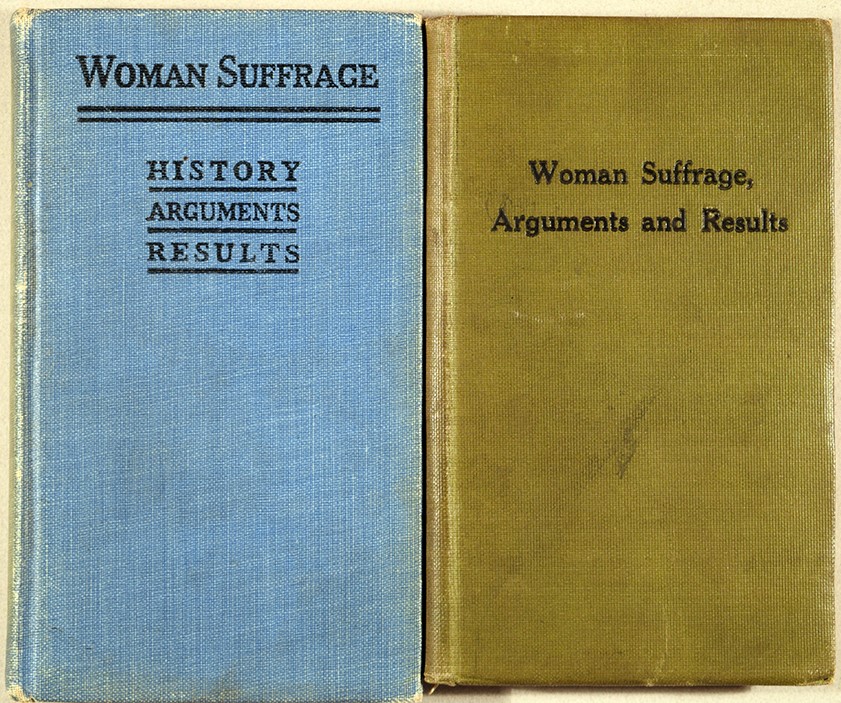 PETITIONING - The right to petition is enshrined in the Bill of Rights. Since the 1840s, suffragists had been petitioning state legislatures and Congress for the right to vote. In 1909, the “Great National Petition” engaged suffrage associations in a massive campaign for a federal constitutional amendment. Delaware’s Equal Suffrage Association members participated avidly, collecting signatures and sending them to Carrie Chapman Catt in New York. The signed petitions—with over 400,000 names— were then bundled by state and delivered ceremonially to Congress. The instructions seen here provided simple guidelines for carrying out the petition drive. 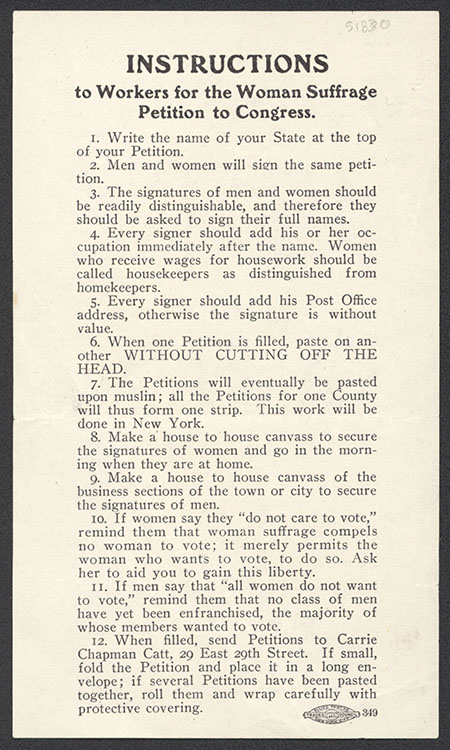