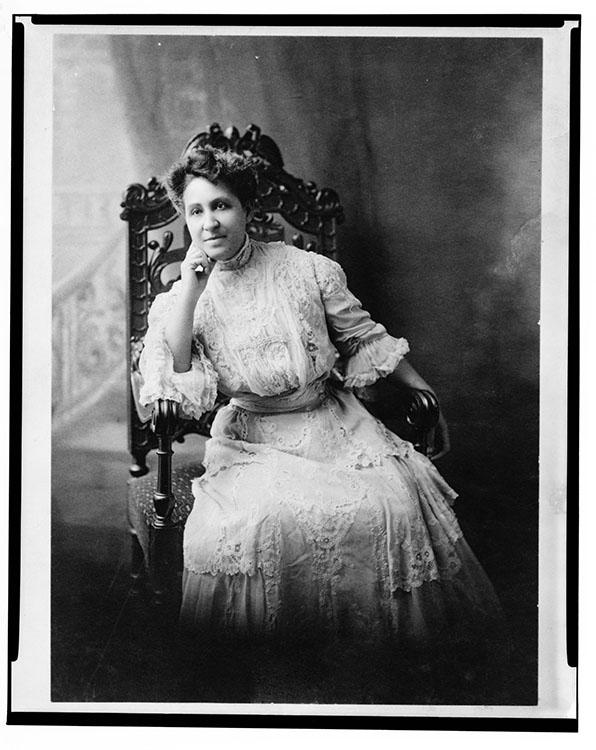 The struggle for African American women’s voting rights did not end in August 1920 with the ratification of the 19th Amendment. In Delaware, with some exceptions, such as the threatened arrest of Mary Church Terrell in Dover in October, African American women registered and voted. As Equal Suffrage Study Club member and NAACP secretary Alice Gertrude Baldwin wrote to the national NAACP secretary, Portia M. Wiley, “In reference to the election, things passed off here very nicely and peaceably. Many women voting and thanks to the instructions given before hand – they voted intelligently and honestly.”

In much of the South, however, African American women’s voting rights were flagrantly violated. Suffrage leaders sought to enlist the leaderships of the League of Women Voters and the National Woman’s Party to insist that the 19th Amendment be enforced. In 1921, Wilmington’s League of Colored Republican Women sent a telegram committing volunteers to join a delegation of sixty African American suffragists, led by Mary Church Terrell, to a National Woman’s Party convention. The group’s effort to persuade the NWP to take some action against the disenfranchisement of African American women ended in disappointment. 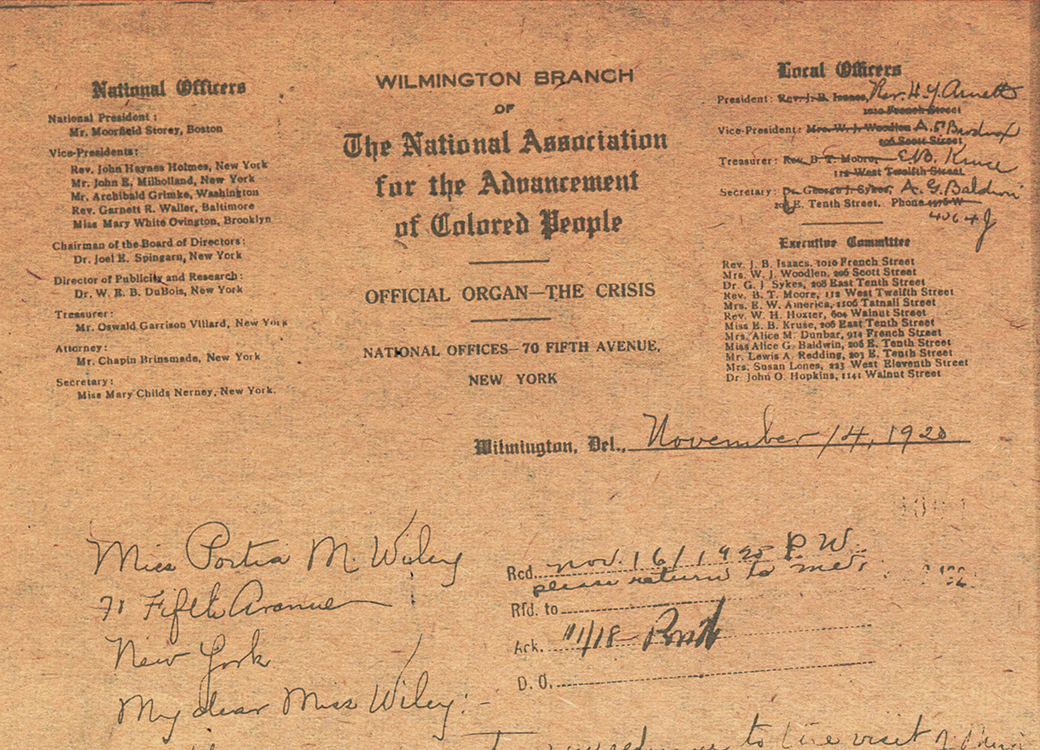 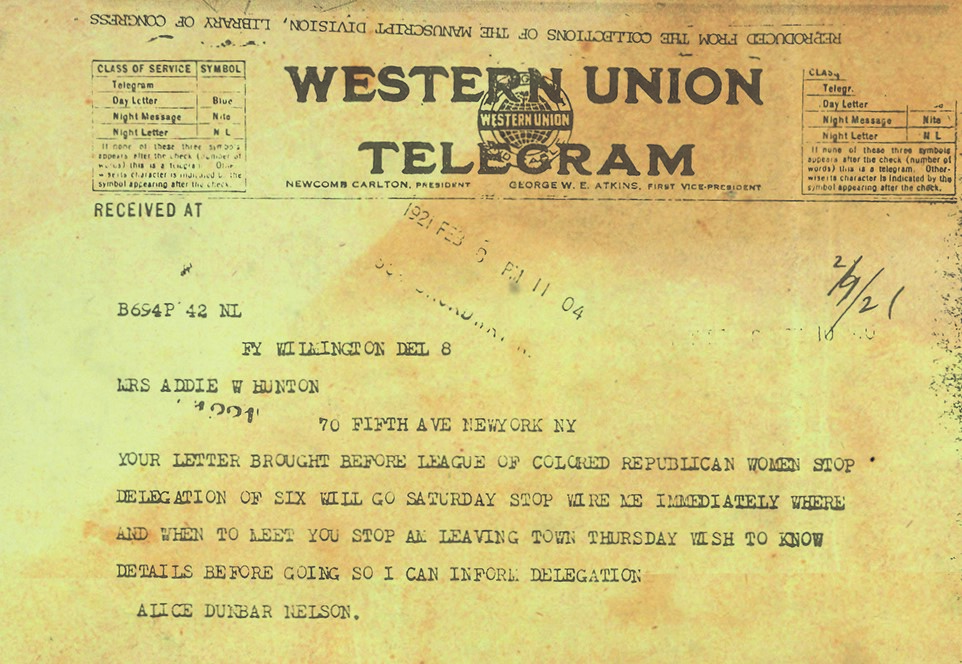