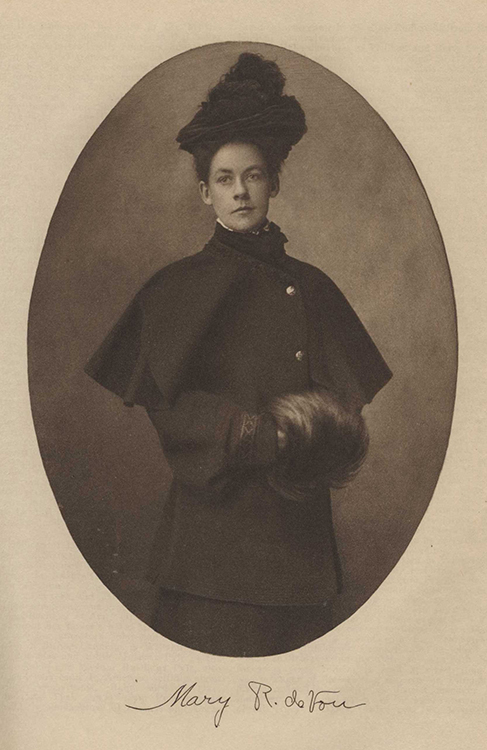 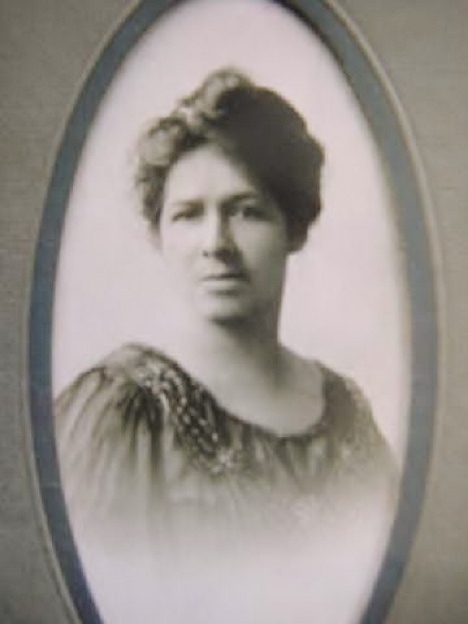 MARY R. de VOU (1868-1949) - Long-time secretary of the Delaware Equal Suffrage Association, Mary de Vou joined the cause when the group first organized in the mid-1890s. She remained faithful through ratification in 1920 and chronicled the state’s suffrage history. A graduate of Wilmington High School and Wellesley College, she marched with the college contingent in Wilmington’s grand suffrage parade on May 2, 1914. Like other DESA members, de Vou was strongly critical of militant suffragism, opposing both the 1913 visit of British suffragette Emmeline Pankhurst to Wilmington and the White House picketing that began in 1917.

Born in Bogotá, Colombia, Mary A. Ospina was the Delaware Equal Suffrage Association’s representative to the NAWSA Congressional Committee. In her 1916 lobbying letter to U.S. Senator Willard Saulsbury, she requested a meeting to press him to support a federal amendment in Congress. Senator Saulsbury, a Democrat, never budged in his opposition to the amendment. 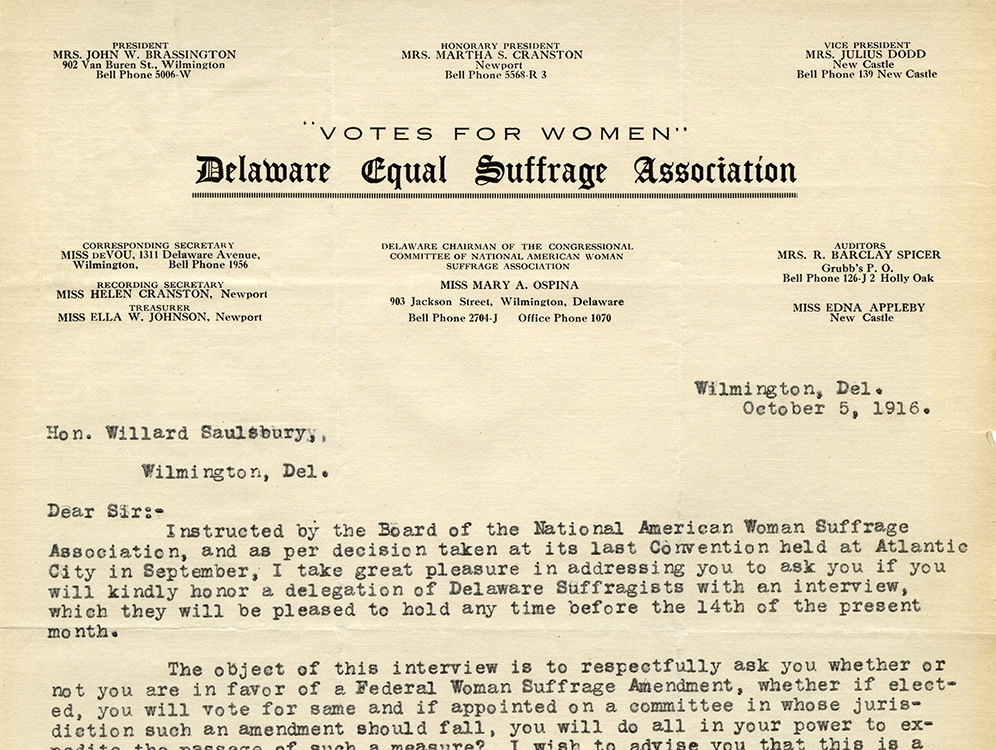 ORGANIZING - Delaware was a segregated state, but the 1897 state constitution did not disenfranchise African American men. Led in 1914 by Emma Gibson Sykes, Blanche W. Stubbs, and Alice Moore Dunbar, African American women formed an organization to study suffrage and to work for voting rights for all Delaware women. The group participated in the May 2, 1914, suffrage parade and in the 1915 effort to amend the Delaware constitution. Seven of the original fourteen members were teachers—or former teachers—at Wilmington’s Howard School, the only school in the state providing a full K-12 curriculum for African American students.

BLANCHE W. STUBBS (1872-1952) - Wilmington social worker and NAACP member Blanche W. Stubbs led the African American contingent in the May 2, 1914, suffrage parade in Wilmington. As executive director of the Garrett Settlement House and first president of the Delaware Association of Colored Women’s Clubs, she was a prominent figure within African American women’s community, suffrage, church, and civil rights work.