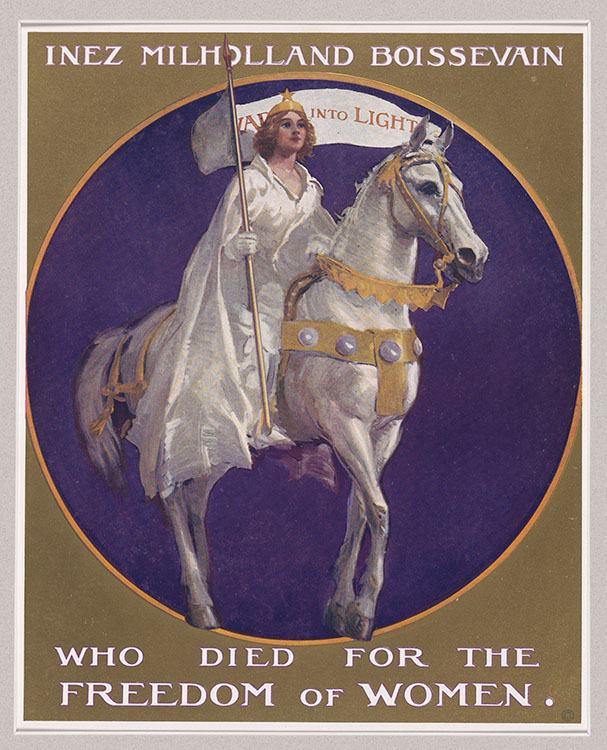 INEZ MILHOLLAND BOISSEVAIN (1886-1916) - Vassar-educated social reformer and war correspondent Inez Milholland (she married Eugen Boissevain 1913) was a charismatic and popular public speaker. Her tragic death, weeks after collapsing on stage during a suffrage lecture tour in Los Angeles, turned her into a martyr to the cause. The National Woman’s Party re-purposed the image of her leading the March 3, 1913, suffrage procession in Washington, D.C., seated on a white horse, into a posthumous assertion that she had “died for the freedom of women.” Rendered in suffrage colors of purple, gold, and white, the poster turned her dark hair blond and transformed her into a Joan of Arc figure. Delaware’s NWP branch commissioned its own version of this widely used image. Adapted to the needs of the moment, the historic iconography of the French saint’s noble leadership suited the impression of militant advocacy that the Party sought to convey.