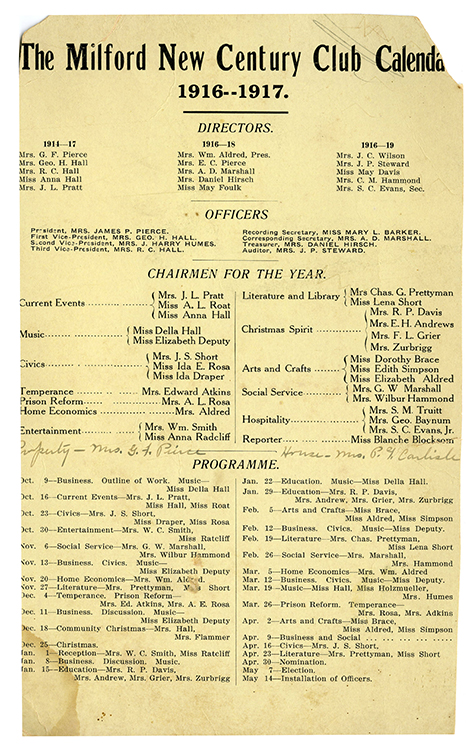 Although many women’s club members were active suffragists, some opposed suffrage. For that reason, officially, Delaware’s white women’s clubs avoided taking a stand on the issue. Comparing the 1916-1917 and 1923 calendars of the Milford New Century Club demonstrates a key change that the acquisition of suffrage worked. While the members showed continuing interests in Current Events and Civics, by 1923, they had added a committee on Citizenship.

Founded in 1920 as a successor organization to the Delaware Equal Suffrage Association (DESA), the League of Women Voters (LWV) took a non-partisan approach to educating Delawareans on their citizenship rights and encouraging them to register and vote. The Newark LWV provided informational materials to local residents on elections and on their elected representatives. In 1973, Norma Handloff, Newark’s first woman mayor, was one such representative. Women’s clubs were also active in voter education undertakings. The 1952 “Get out the Vote” campaign by members of the Newark New Century Club reflected the kinds of community service commitments that women in such clubs and organizations made.