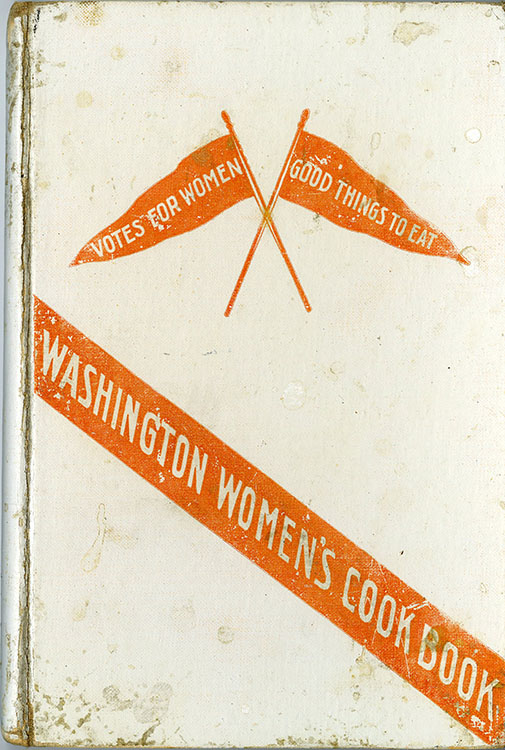 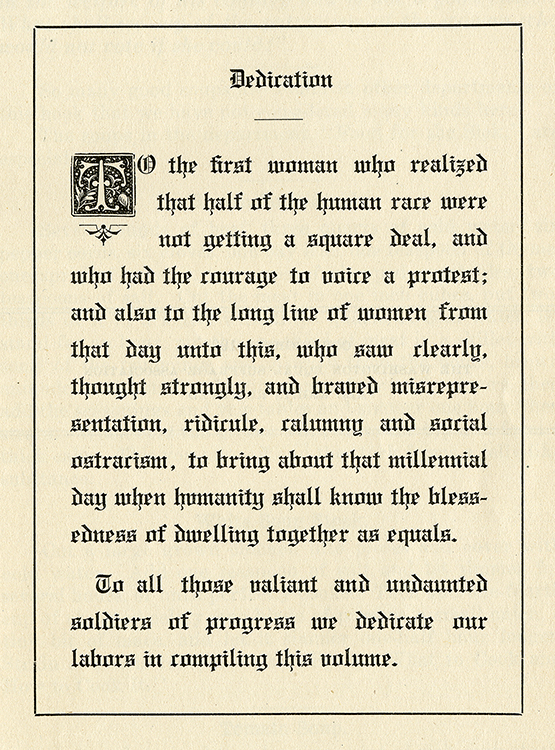 On occasion, local suffrage organizations produced cookbooks, familiar compilations of recipes from members. As emblems of cozy domesticity, cookbooks could help make suffrage seem unthreatening and counter the anti-suffrage argument that votes for women would destroy America’s happy homes. The Washington Equal Suffrage Association produced this cookbook during its successful campaign for state suffrage, won in 1910. Aside from recipes, it contained helpful lists of equipment for women going mountaineering and forthright statements about women’s equality. The yellow pennants on the cover and the inside dedication left no doubt about the book’s themes.

Suffrage organizations learned to promote their cause by using the techniques of modern advertising. In turn, advertisers tapped into suffrage language and themes to sell their products. This ad, touting “the emancipation of American womanhood” through the purchase of Shredded Wheat, appeared in Wilmington’s Evening Journal on March 6, 1913, three days after the national suffrage procession in Washington. 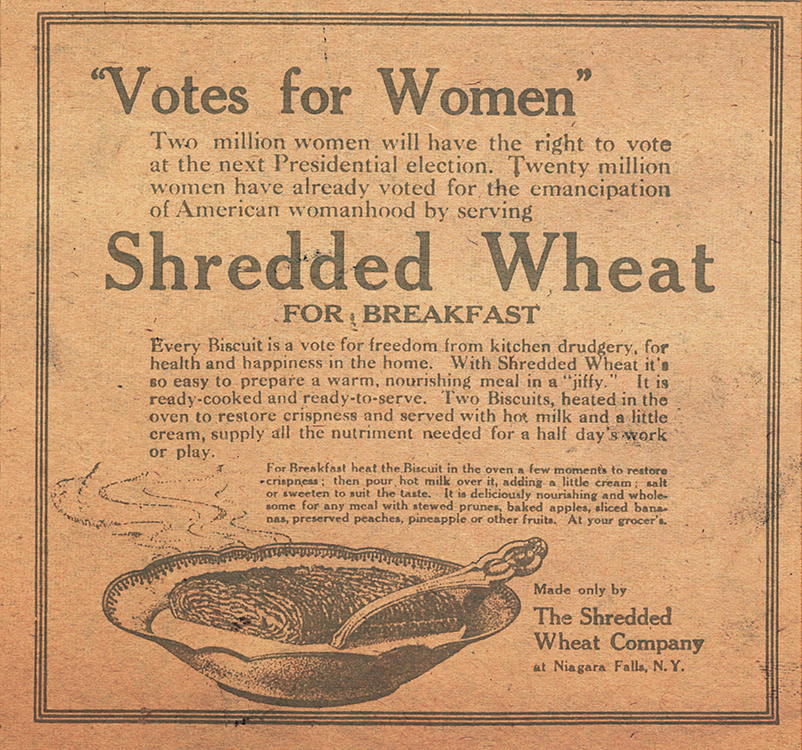