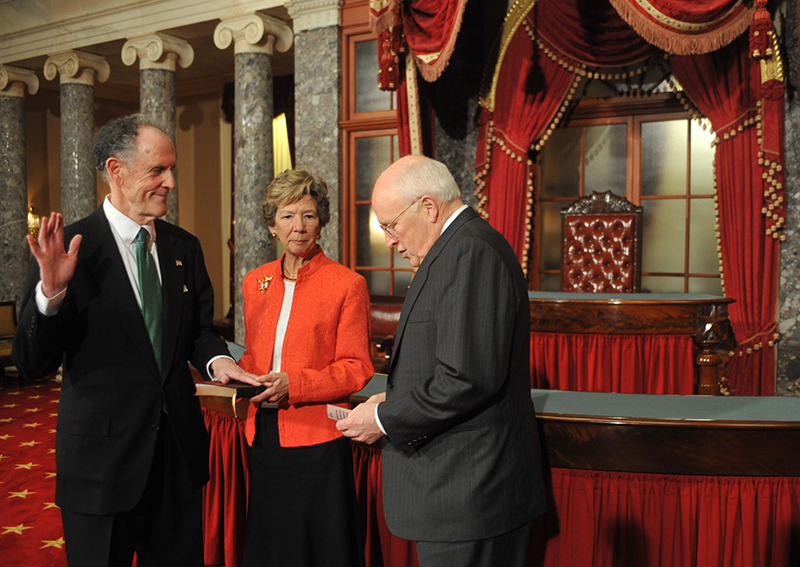 On November 4, 2008, incumbent Senator Joe Biden won re-election to his seat in the United States Senate, but he also was elected Vice President of the United States on the Democratic ticket with presidential candidate Barack Obama. Biden was sworn in to his seventh Senate term, but he resigned his seat on January 15, 2009, and was inaugurated to the vice presidency on January 20, 2009. On November 24, 2008, Governor Minner made her announcement that she would be appointing Edward E. "Ted" Kaufman to the U.S. Senate. Kaufman, a former engineer and visiting professor at the Duke Law School, began working on Biden’s staff full time in 1973, managing his state office in Wilmington and eventually served as chief of staff from 1976-1995.