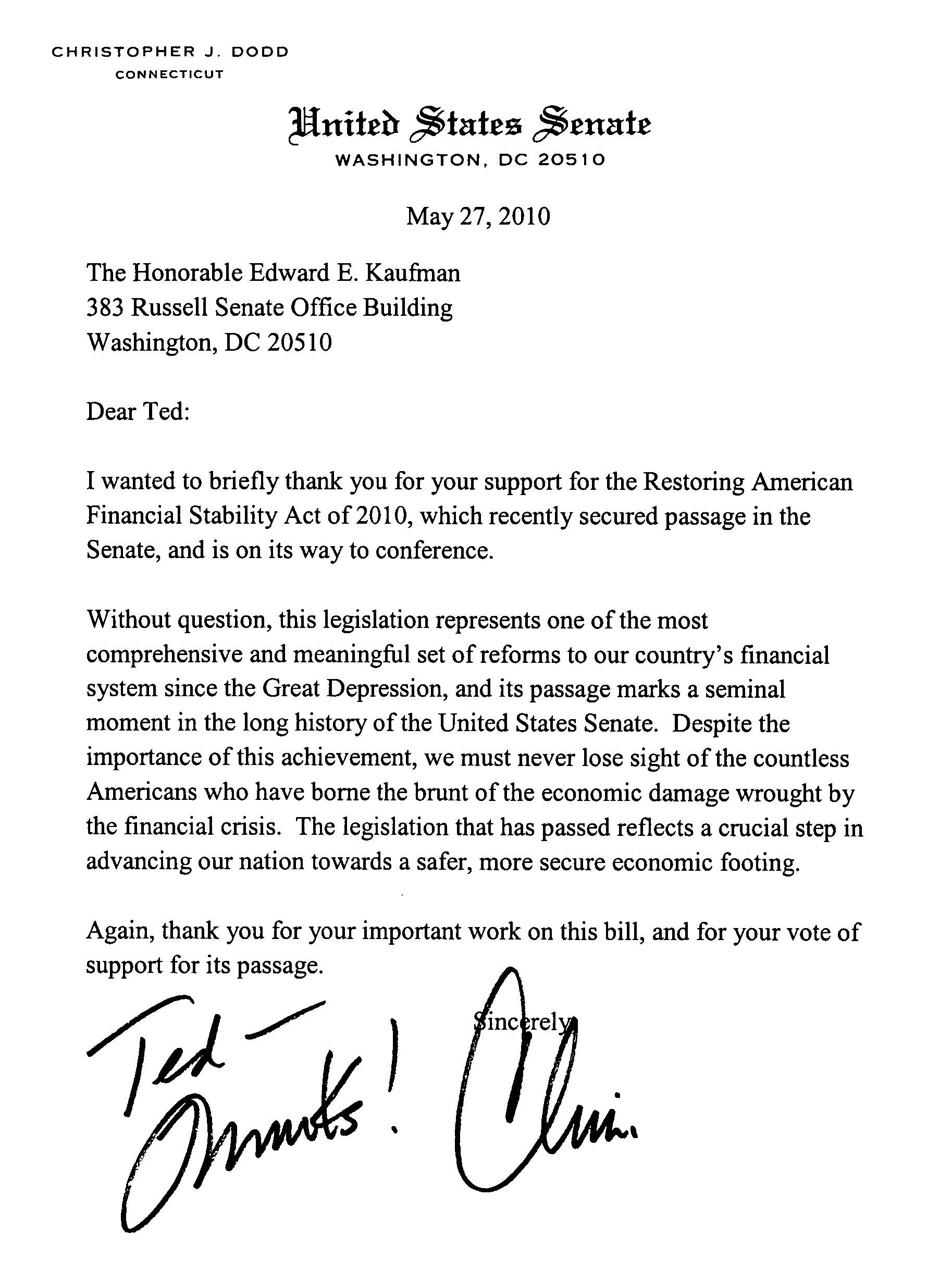 Two weeks later, the Senate voted down the Brown-Kaufman Safe, Accountable, Fair, and Efficient (SAFE) Banking Act 33-61. However, the Senate passed Dodd-Frank with a vote of 59-39 shortly after on May 20, 2010. Although Kaufman believed the Dodd-Frank bill inadequately addressed the risks posed by megabanks and deregulation, he voted for the legislation.