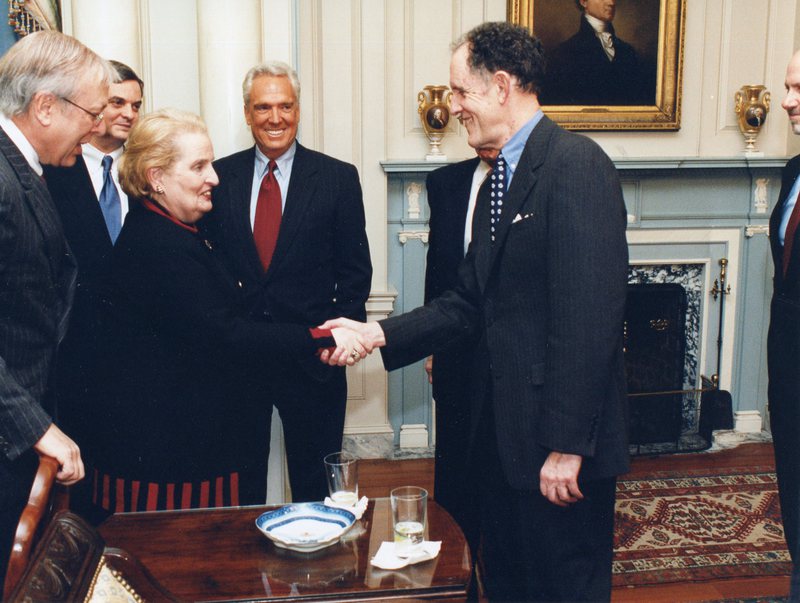 Unknown photographer, Photograph with Secretary of State Madeleine Albright, circa 1997-2001
View Metadata
In 1995, President Bill Clinton appointed Kaufman as a charter member of the Broadcasting Board of Governors (BBG), an independent, federal agency responsible for U.S. government and government-sponsored non-military international broadcasting.  The U.S. Senate confirmed Kaufman’s appointment, and he served until 2008. During this period, Kaufman also was president of a political and management consulting firm in Wilmington, Delaware.  Beginning in 1991, Kaufman taught in three of Duke University’s programs.

Kaufman also remained engaged with politics, and between 1997-2001, he was the Democratic National Committeeman from Delaware. During the 2000 Delaware gubernatorial elections, he served on the strategy committee to elect Ruth Ann Minner.  When Minner was elected, Kaufman also served on her transition committee.  Kaufman continued to serve as an advisor to Joe Biden, and in late 2008, he was co-chair of Biden’s vice presidential transition team.