STEM in the Entertainment Industry 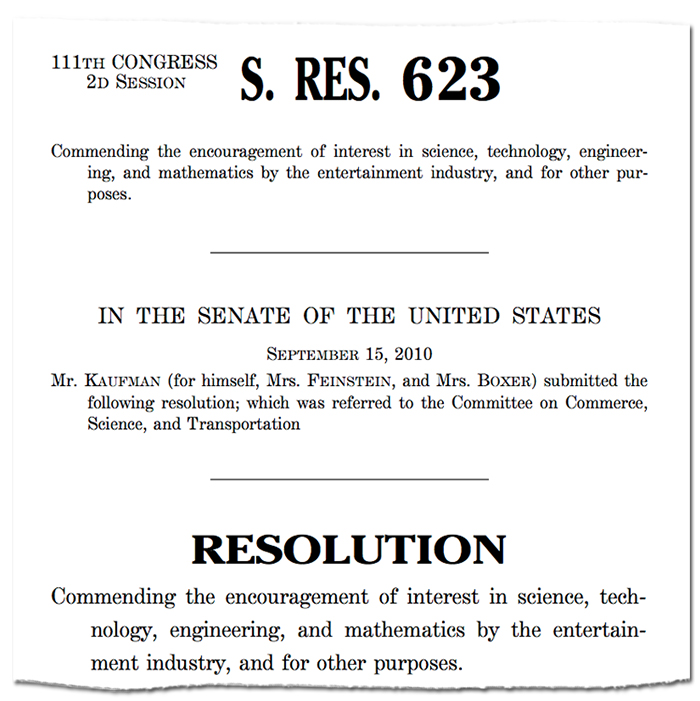 S. Res. 623 was introduced by Senator Kaufman to commend the Entertainment Industries Council (EIC) for their initiative to elevate the importance of STEM in national entertainment and news productions. The EIC established the S.E.T. (Science, Engineering, and Technology) Awards to commend movies, television series, radio and television news programs, print and online journalism for accurate and impactful portrayals of STEM fields. The EIC started the initiative due to the growing challenge of revitalizing American interest in STEM, particularly amongst young people. The EIC's goal was to encourage collaboration between STEM experts and representatives from the entertainment field and to supplement an innovative approach to reach a wider audience to the sciences and technology.