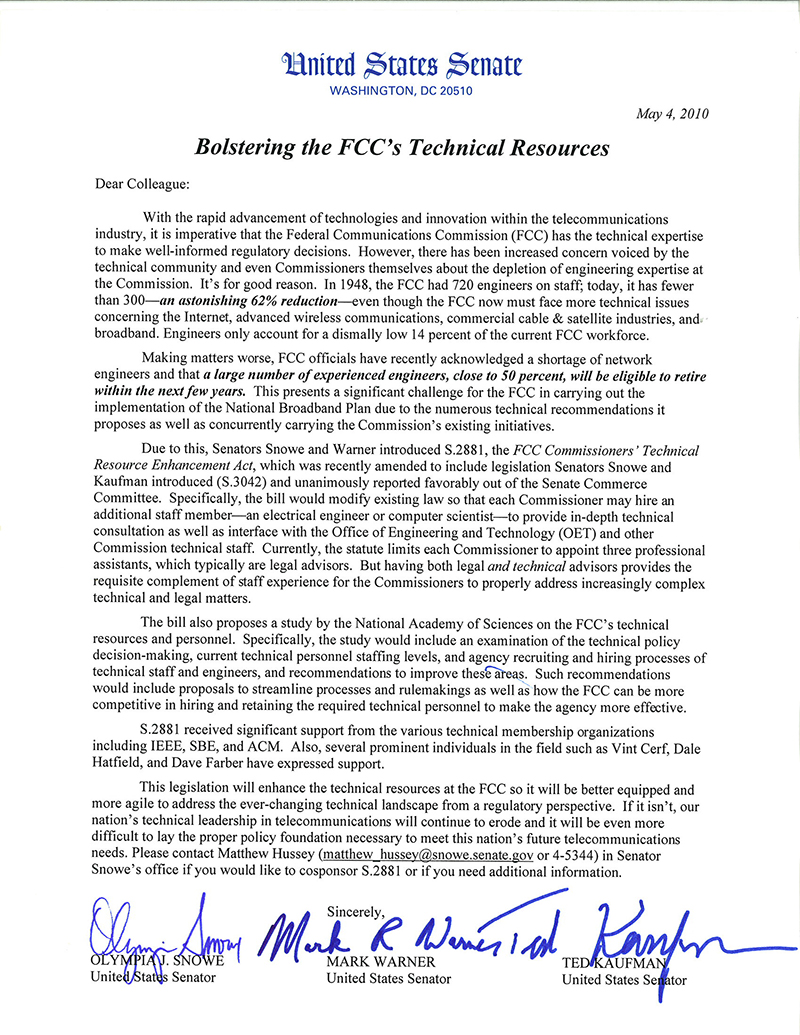 Senators Kaufman, Olympia Snowe (R-ME), and Mark Warner (D-VA) worked together to cosponsor a bill to conduct a study on the technical policy decision-making process and the availability of technical personnel at the Federal Communications Commission (FCC).  In this "Dear Colleague" letter, the senators discussed how a recent study revealed that the number of engineers on staff at the FCC had dropped from 720 engineers in 1948, to less than 300 engineers by 2010. Over the years, network engineers had been replaced by professional staff as communications technologies became increasingly complex. The proposed study, administered by the National Academy of Sciences, would potentially address the issues of current technical personnel staffing levels, FCC recruiting and hiring processes of technical staff and engineers, and provide recommendations to improve recruiting and hiring at the FCC.