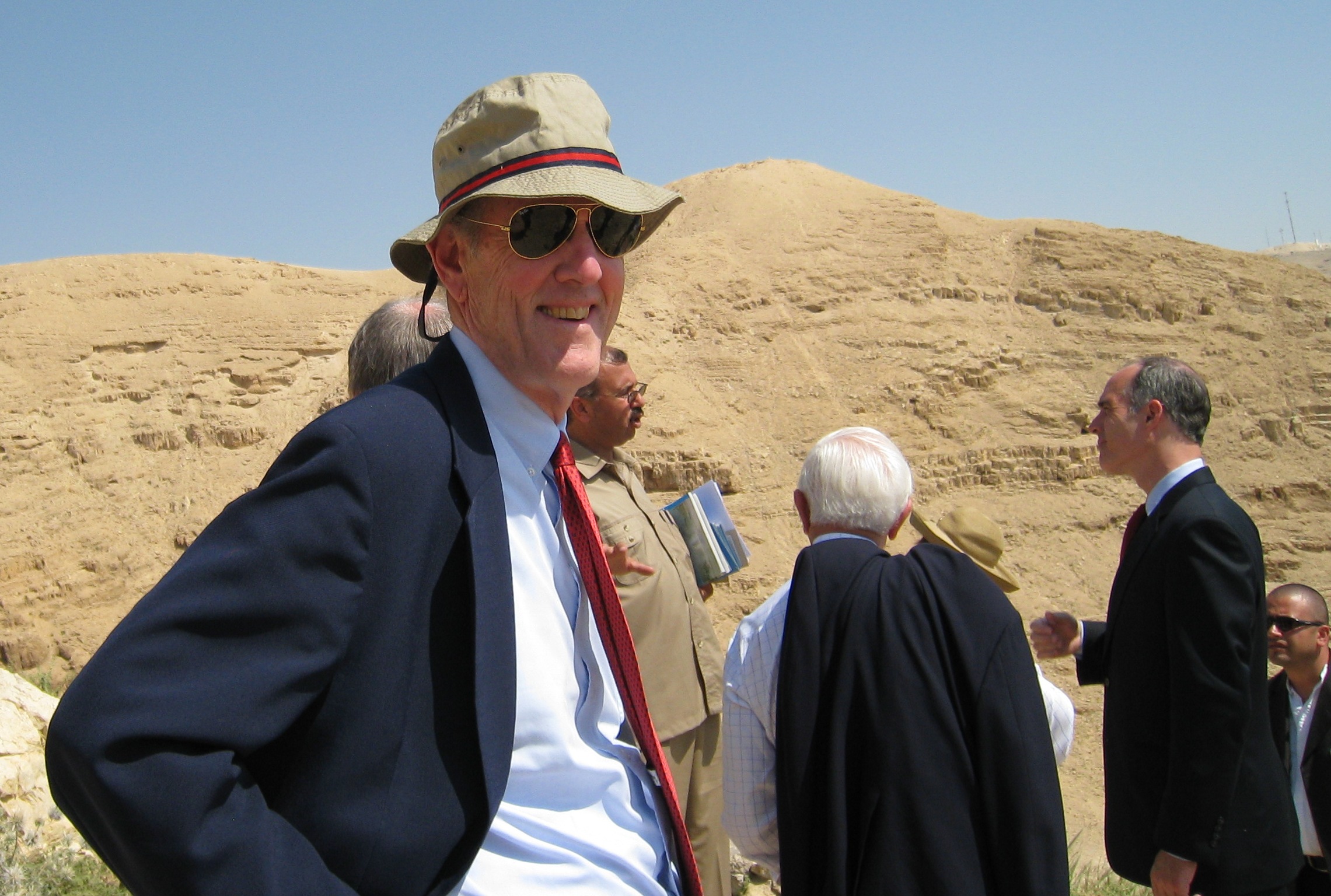 Photograph of Senator Kaufman in the West Bank city of Jericho, 2009 May
View Metadata

Senator Kaufman’s interests, expertise, and committee appointments often intersected, and this is evident in the areas of U.S. foreign and military policy. From the beginning of his term, Kaufman was a member of the Senate Foreign Relations Committee, giving him responsibilities for assessing U.S. foreign policy, overseeing foreign policy agencies, and considering diplomatic nominations. In March 2010, Kaufman was also appointed to the Committee on Homeland Security and Governmental Affairs, and he became the first senator from Delaware to receive an appointment to the Armed Services Committee. On these committees, Kaufman was involved with a range of issues, and this exhibit section highlights his work addressing national defense policies, ongoing conflicts in the Middle East, and press freedom.

When Kaufman’s term began in January 2009, the United States had been at war in Afghanistan for eight years, simultaneously fighting the Islamic fundamentalist group the Taliban and the organization responsible for the September 11 terrorist attacks, al Qaeda. U.S. forces also remained in Iraq; after toppling Iraqi dictator Saddam Hussein in 2003, multinational coalition forces occupied the country and attempted to stabilize it in the midst of an insurgency of militia and terrorist groups.

In February 2009, newly inaugurated President Barack Obama announced that the United States would commit an additional 17,000 troops to Afghanistan in an effort to quell the resurgence of the Taliban and to eliminate safe havens for al Qaeda in both Afghanistan and Pakistan. At the same time that the military would be increasing its presence in Afghanistan, American troops in Iraqi cities were to be withdrawn in phases, with the departure of all combat troops by the end of 2011.

Obama also recommitted to the counterinsurgency (COIN) strategy, which was embraced by the U.S. military in the wars in Afghanistan and Iraq and aimed to protect civilians, eliminate insurgents, and establish a legitimate government. Kaufman supported COIN and advocated for changes in the defense budget to reflect the strategy. He became a proponent of expanding the civilian role in COIN, arguing that civilians partnering with local and national governments help rebuild through economic development. For COIN to be effective, Kaufman also contended that in addition to civilian workers and strong indigenous security forces, progress demanded credible and uncorrupted governance.