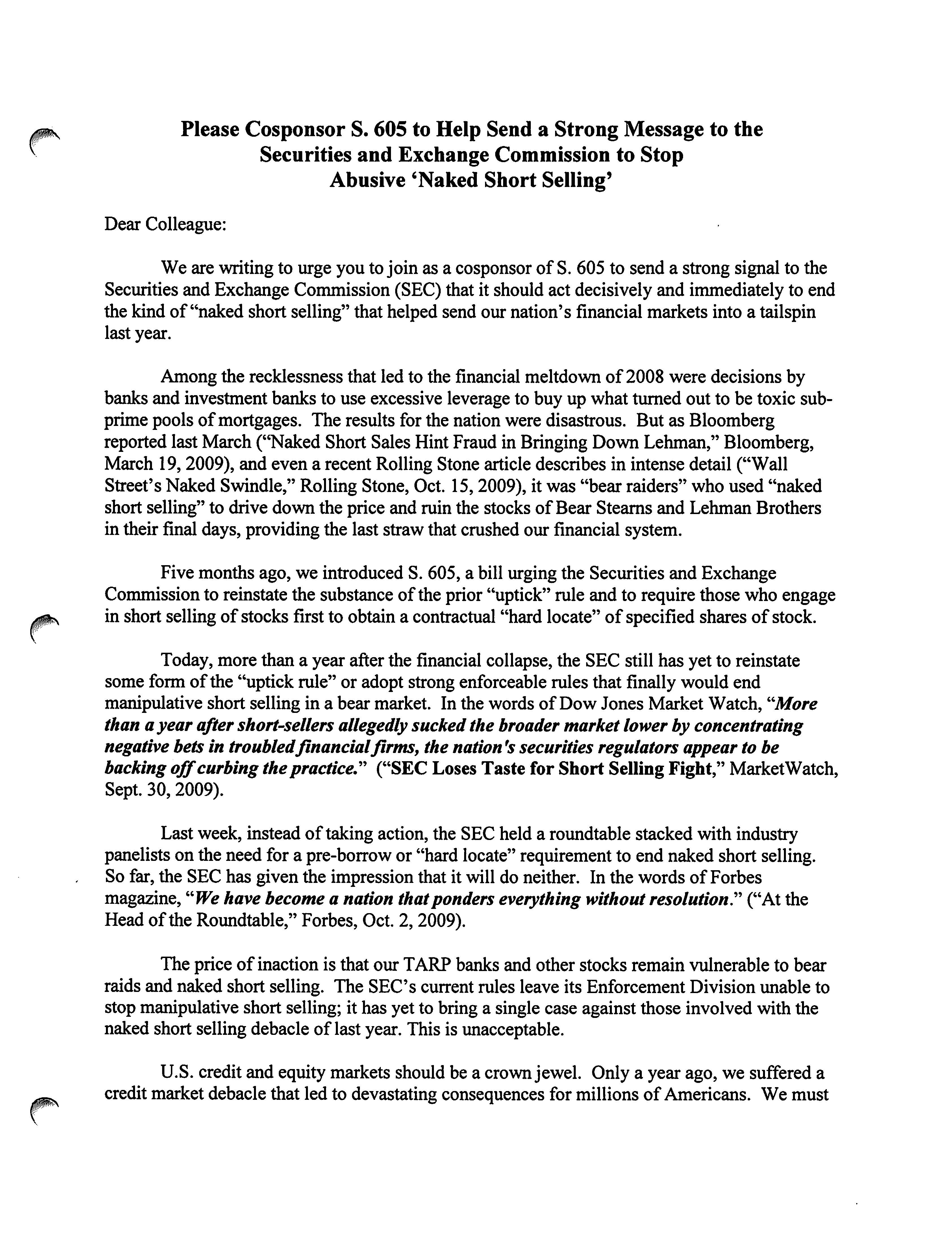 By October 2009, the Senate had not yet acted on S.605, legislation that would require the SEC to reinstate the uptick rule and regulate abusive short selling practices. In a "Dear Colleague" letter urging other Senators to cosponsor the legislation, Kaufman noted that the SEC’s inability to stop manipulative short selling was “unacceptable.” S.605 was never signed into law. Almost a year after Senator Kaufman originally urged the SEC to adopt an uptick rule, the SEC put in place a “circuit breaker uptick rule,” which would take effect if a company’s shares fell 10 percent in one day.  Kaufman and Senator Isakson issued a joint statement, and though they were “encouraged” by the rule, they believed the SEC could have done more to protect investors.