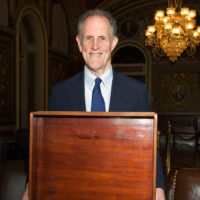 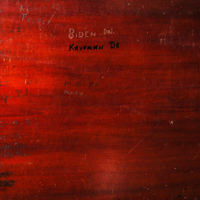 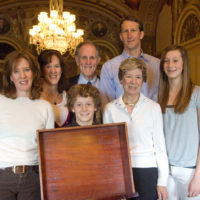 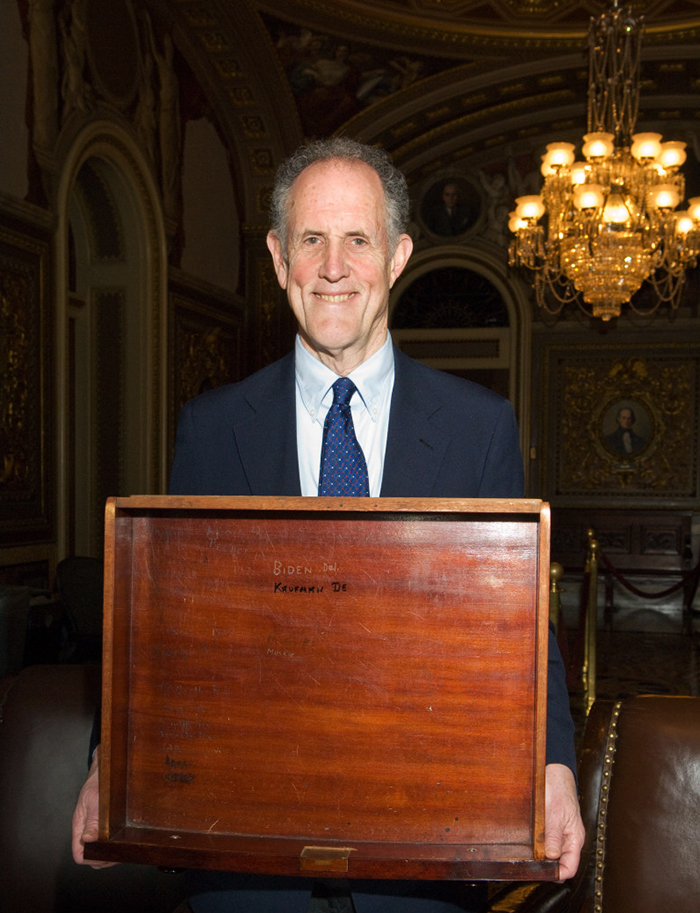 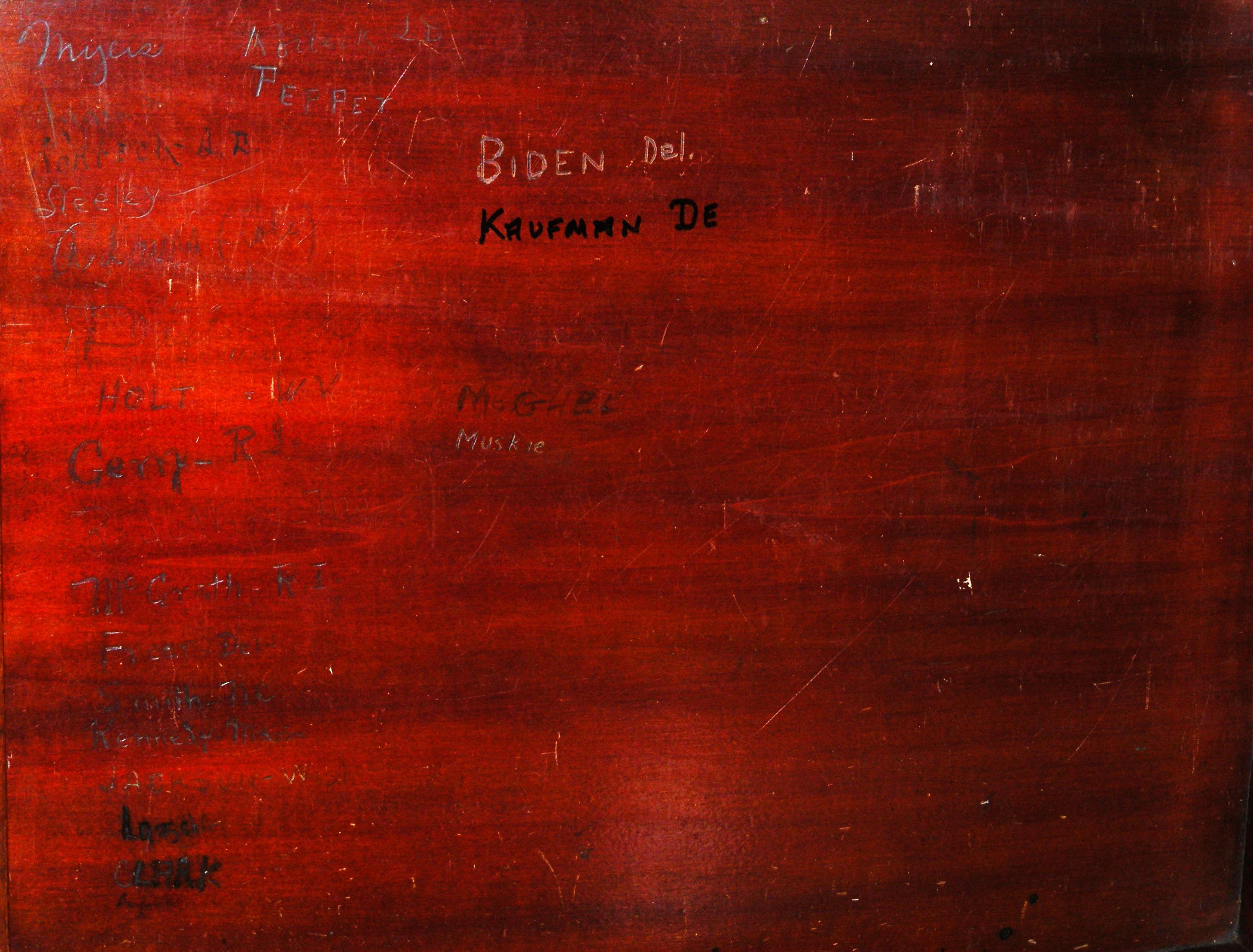 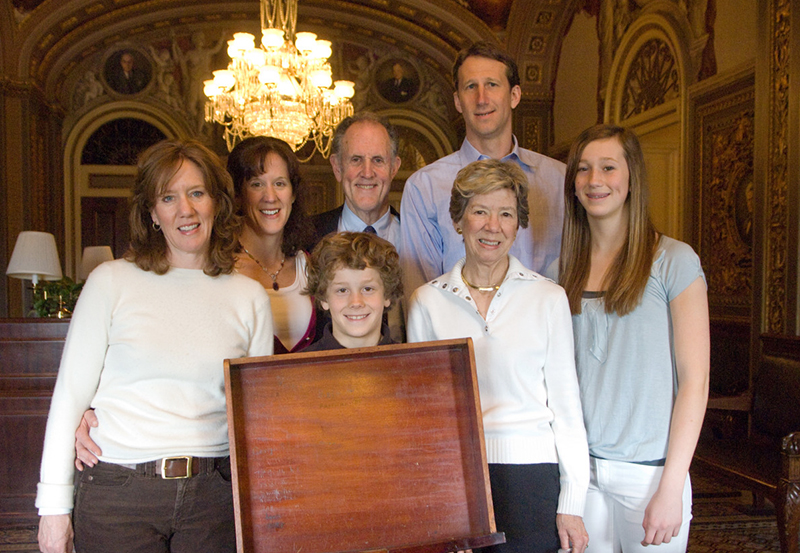 Senate Photographic Studio, Photograph of Senator Ted Kaufman, his wife Lynne, and their family posing with the desk drawer to his Senate desk, 2009 April 7
View Metadata

Senator Kaufman inherited Joe Biden’s desk in the Senate Chamber in which he inscribed his own name alongside many other well-known senators: John F. Kennedy (D-MA), J. Allen Frear, Jr. (D-DE), and Edmund Muskie (D-ME). The practice of inscribing names inside drawers of their desks began around 1900. The first occupant of Desk XCI was Henry L. Meyers (D-MT) who was elected in 1911; Kaufman's successor at Desk XCI is Chris Coons (D-DE), who was elected to the Senate in 2010.