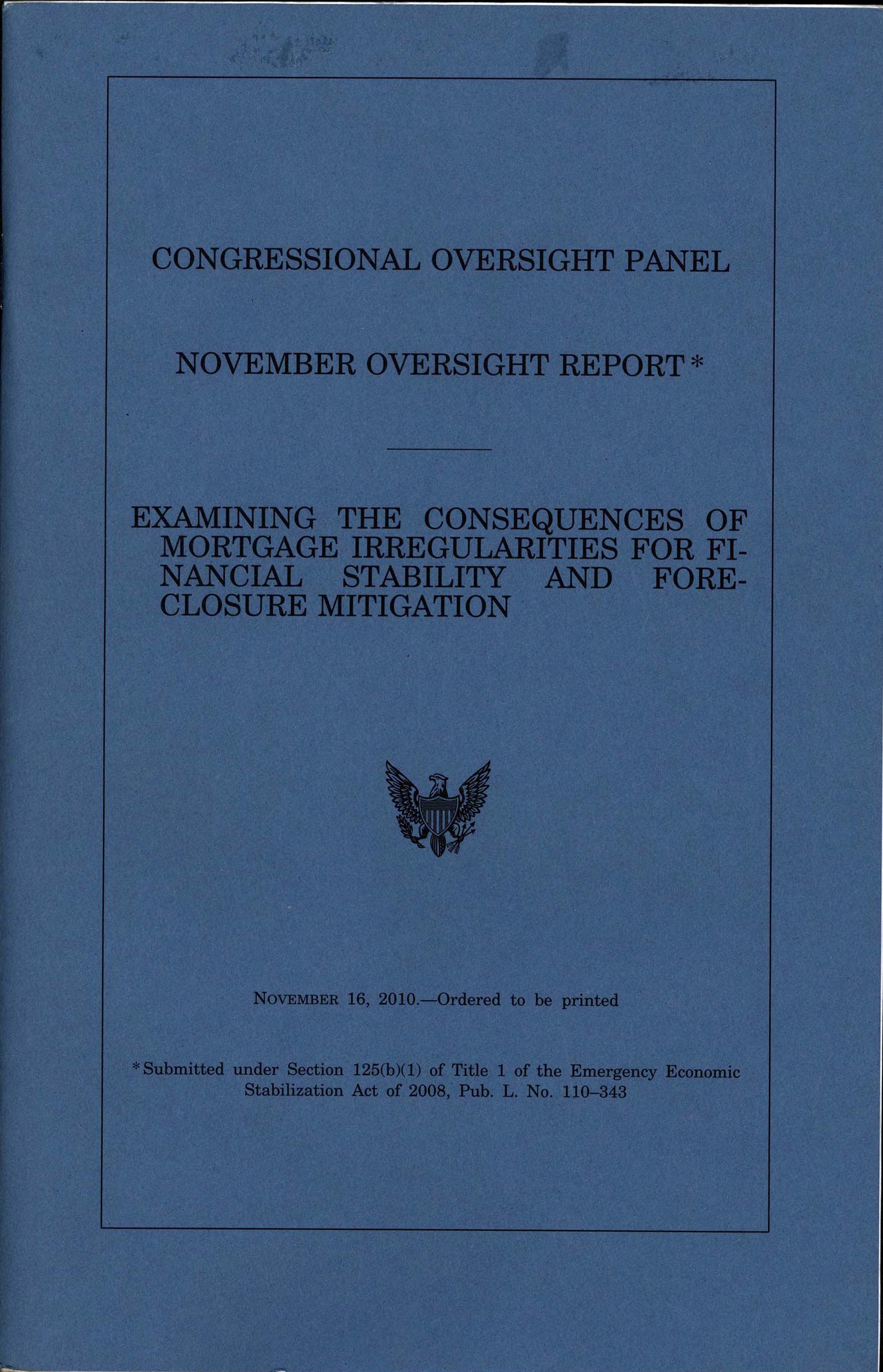 Prompted by allegations that banks involved in $6.4 trillion in American mortgages may have bypassed legally required steps to foreclose a home, the Congressional Oversight Panel released a report on mortgage documentation irregularities in November 2010. The report cautioned that the foreclosure crisis could be more threatening to financial stability than previously thought.