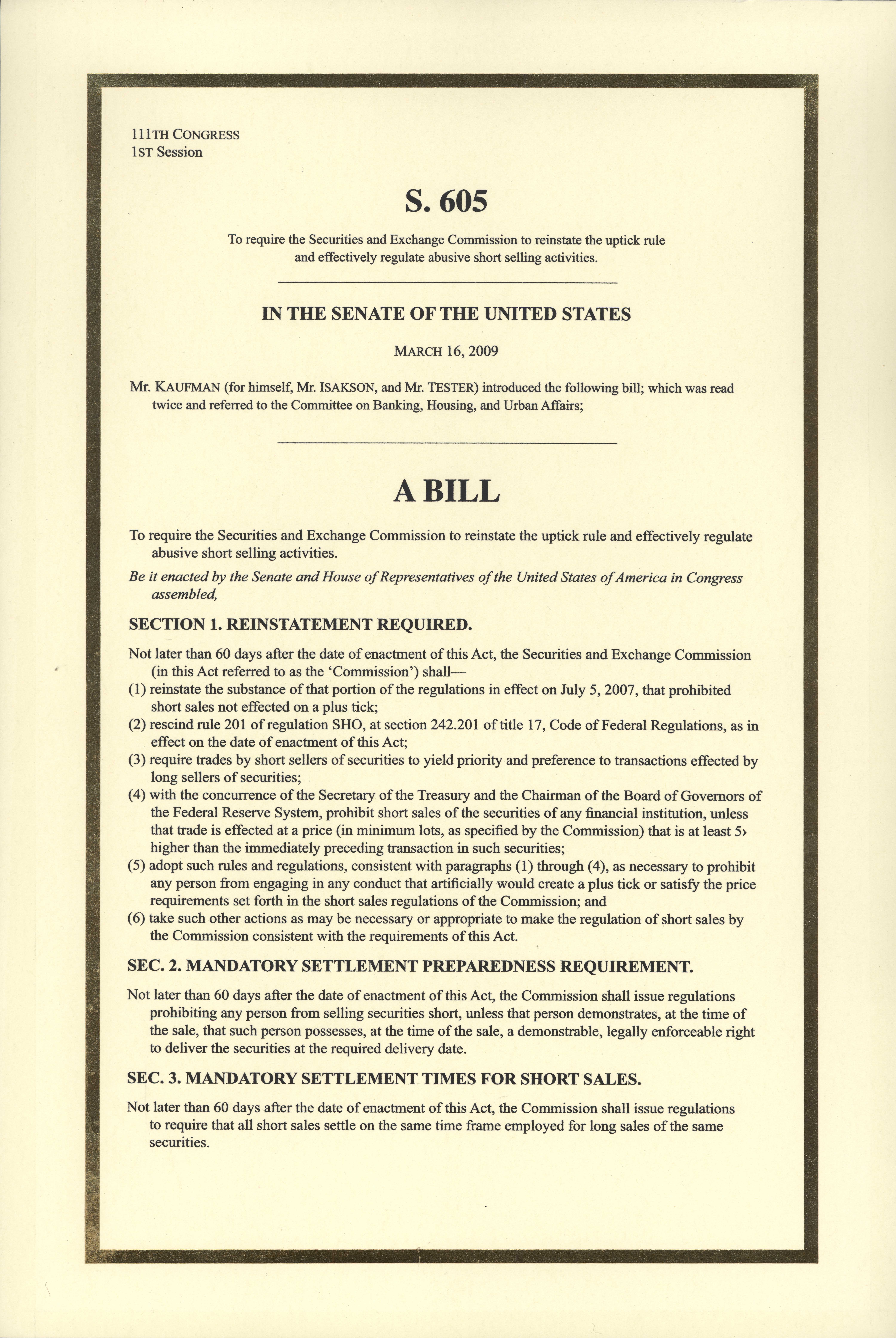 Then on March 16, Kaufman introduced a bill, S.605, with Senators Johnny Isakson (R-GA) and Jon Tester (D-MT) that would require the SEC to reinstate the uptick rule and to write regulations to address abusive short selling within 60 days of the bill’s enactment.  In the same week that Kaufman introduced his bill with Senators Isakson and Tester, the SEC released a report revealing 5000 complaints related to abusive short selling that were sent to the SEC’s Enforcement Division from January 1, 2007 to June 1, 2008. Kaufman expressed concern that only 123 of those complaints were investigated and none resulted in enforcement actions. On the Senate floor, Kaufman called for a restoration of integrity and fairness to securities markets.