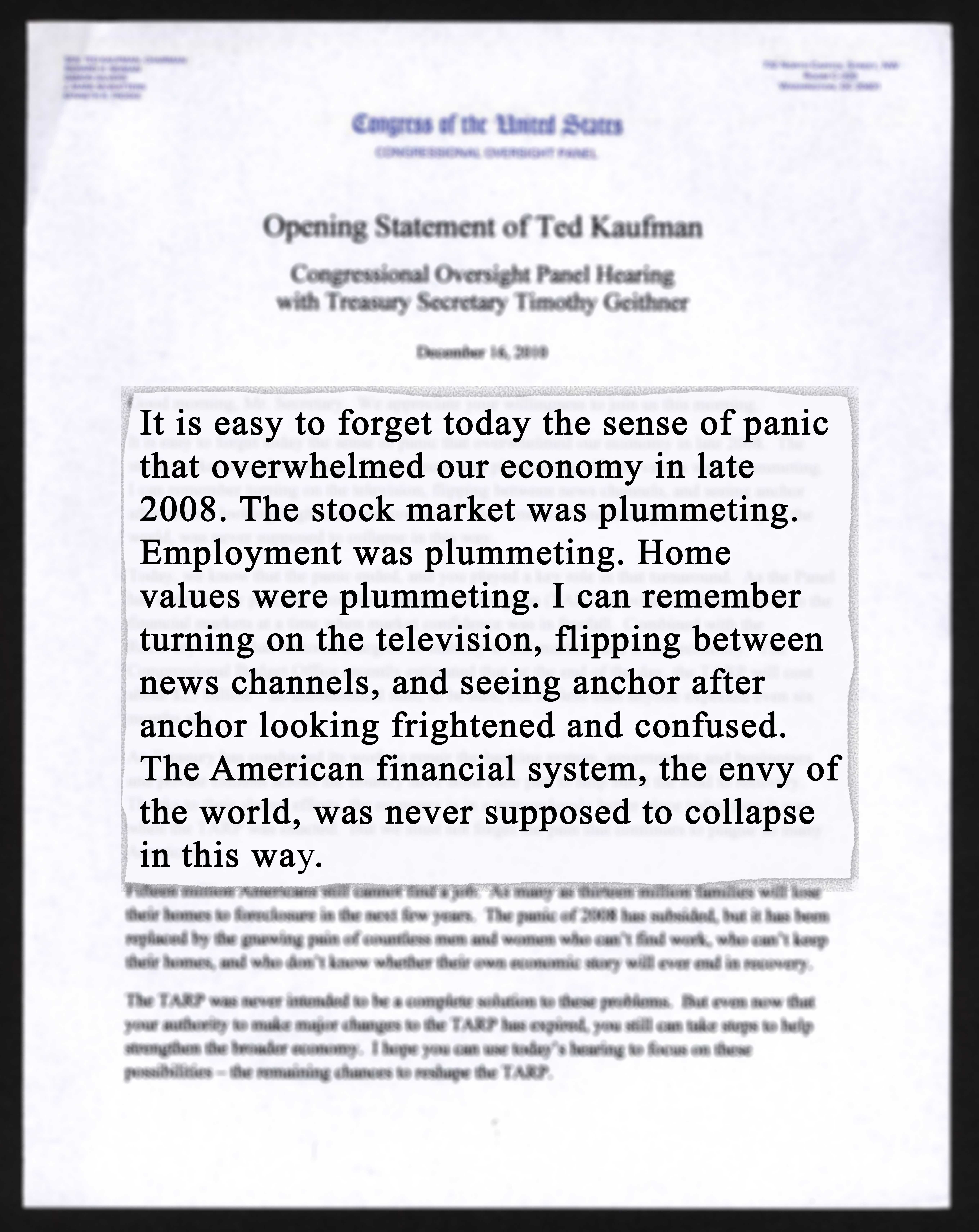 To provide COP with an update on TARP, Treasury Secretary Timothy Geithner made his fifth appearance before the panel on December 16, 2010. At that point, the Congressional Budget Office estimated that TARP would cost taxpayers $25 billion. Although the initial panic of the economic crisis had subsided and the markets were stabilizing, Kaufman observed that the feeling of panic had been “replaced by the gnawing pain of countless men and women who can’t find work, who can’t keep their homes, and who don’t know whether their own economic story will ever end in recovery.”

The following month, COP examined the state of the American automotive industry, which received approximately $85 billion in TARP funds. In its January 2011 report, the panel found that since it last reviewed the auto industry in September 2009, the state of taxpayers’ investments had improved, yet the Treasury Department’s goals of recovering taxpayer money conflicted with its management approach.  Further, the panel argued that the precedent set in rescuing any corporation deemed “too big to fail” created a “risk that moral hazard will infect areas of the economy far beyond the financial system.”