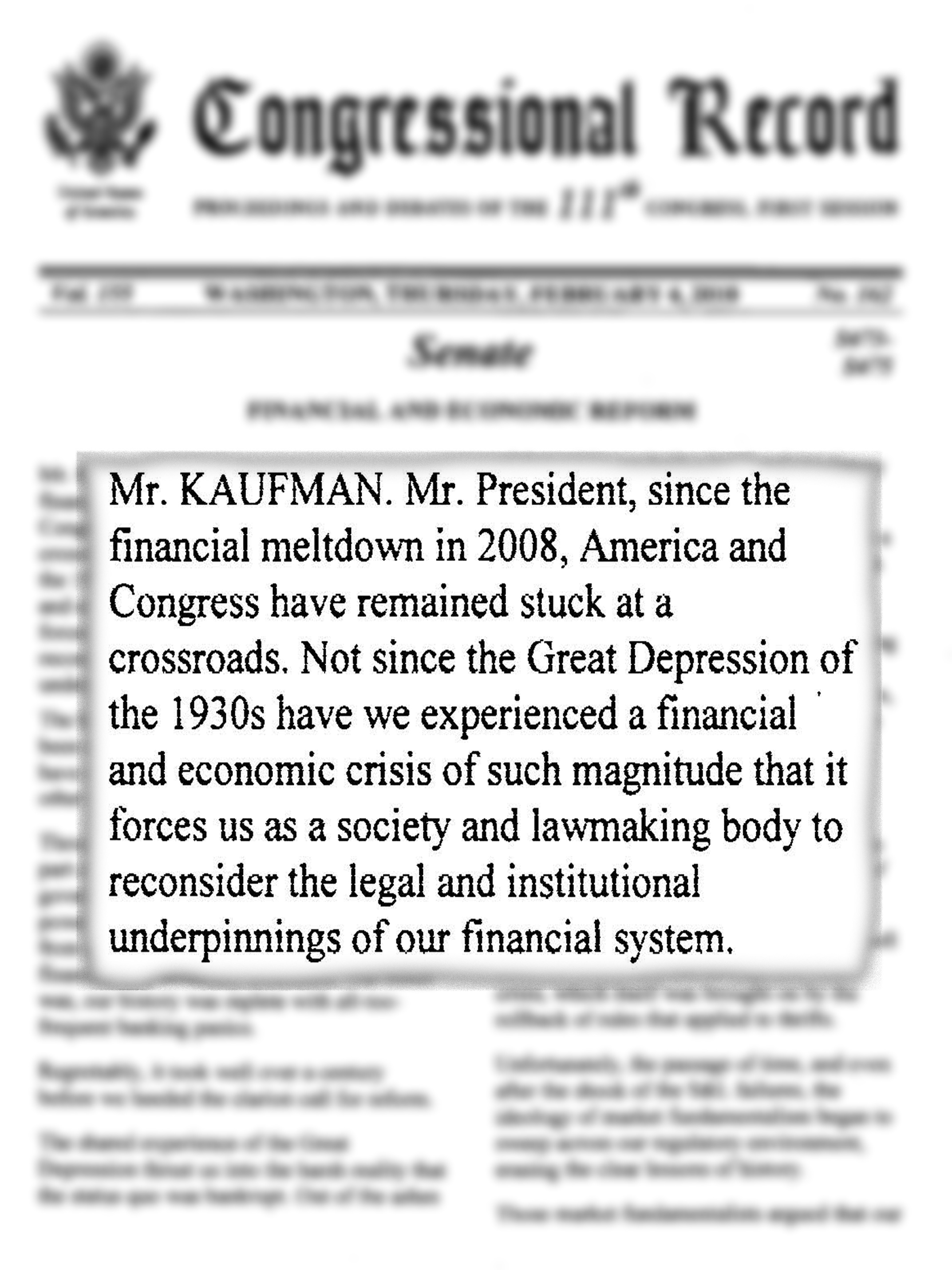 In his “Crossroads” speech, Kaufman spoke out against market deregulation and called on Congress to make “real” reforms like reinstating a version of Glass-Steagall (the Banking Act of 1933) to separate federally-insured banks from risky investment banking activities: “Congress needs to draw hard lines that get directly at the structural problems that afflict Wall Street and our largest banks. We must draw lines that divide financial institutions which are ‘too big to fail.' And we must draw lines that end the conflicts of interest that literally and inevitably serve to corrupt some of our most important financial institutions.”