Reporting on the Region 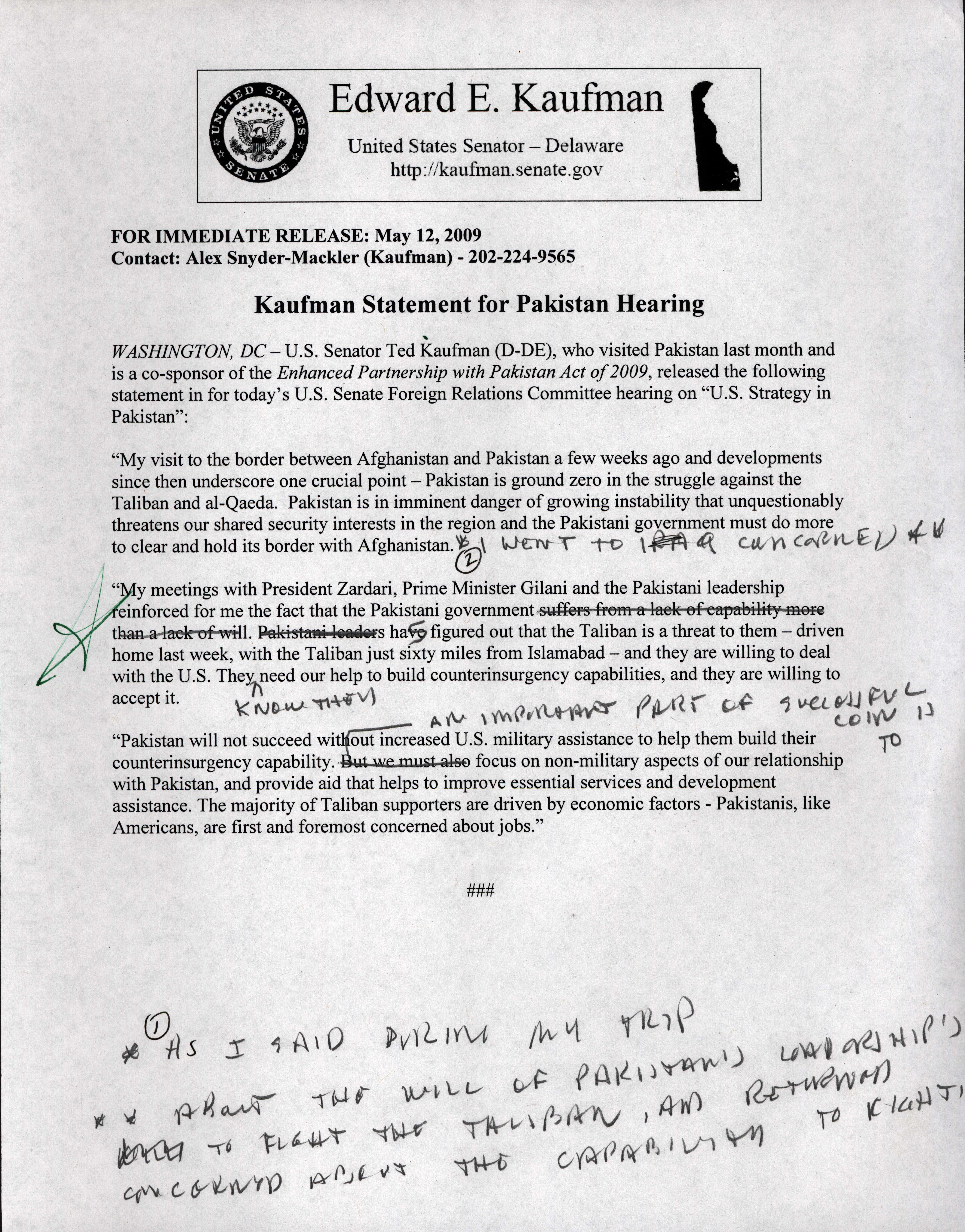 For Kaufman, this first trip to the region underscored a need to rebalance U.S. defense spending priorities to strengthen the counterinsurgency (COIN) strategy. In Afghanistan, he reported a need to restore security and clear insurgents, especially in the South in the Kandahar and Helmand provinces where there had been an increase in violence. The most contentious issues in Iraq included ongoing sectarian violence, and U.S. military officials were concerned about shifting resources to Afghanistan. Kaufman also reported that Pakistan was in “imminent danger of political instability.”